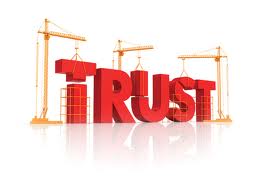 If yesterday's interlude and comment here, which Touch&Go on TPPA, was critical, today's posting is highlighting that there are some hint of progress from the government side.

Before, the MITI and government were defensively abiding to "directive" to keep details of the negotiation confidential. They realised that the public today are vocal; have their own mind and wants to know. MITI Open Day was exemplary in responding to such needs.

If only it is not held too early in the morning.

Dato Mustapha Mohamed met some of us and gave his "will not sell the country" commitment. He also refuted JJ got anything to do with TPPA. The negotiation started in 2010 and JJ was only made Ambassador a year after Najib became PM in 2009. Not enough time.

Tok Pa's commitment and statement from Deputy Minister, Dato Ir Hamim Samuri [read here] that Malaysia will not sign TPPA in October does not mean trust have been fully restored [Read back TPPA: Problem of trust and delusion].

There will be those that believed when push come to shove, Tok Pa will be back as a "Saya yang menurut perintah" government servant. But, a New York Times editorial dated September 1st made us believe ... not this time.

The Hazard of Free-Trade Tobacco

By THE EDITORIAL BOARD
The New York Times

Give thanks to Malaysia for heading off, at least temporarily, an American effort to weaken the ability of countries to impose stiff rules on the sale of cigarettes and other tobacco products within their own borders. The Malaysian proposal to preserve that ability led to a stalemate at a Trans-Pacific Partnership trade meeting in Brunei last week and forced the deferral of the issue to future meetings.

The United States and 11 countries bordering the Pacific Ocean had been engaged in the latest round of negotiations over a treaty intended to lower tariffs and other barriers to commerce. One of the issues was whether tobacco should be included in such a treaty or “carved out” so that health considerations could take precedence over expanded trade. The issue pits health advocates against the tobacco industry and other commercial interests.

On public health grounds, tobacco ought to be excluded from whatever rules are designed to increase trade in agricultural products. Reducing trade barriers to tobacco, a uniquely dangerous product, would serve to increase tobacco consumption and lead to many additional deaths on top of an already high total. Tobacco killed an estimated 100 million people in the 20th century and is projected to kill 1 billion people in this century unless strong action is taken to mitigate the damage. A carve-out from trade rules is only one tactic, but it could save millions of lives, especially in developing countries vulnerable to the industry’s pressure.

The United States, which in advance of the meeting had favored a relatively strong proposal to protect a nation’s tobacco control measures from being challenged as violations of trade agreements, offered a weaker proposal in Brunei. The American proposal simply refers to other international agreements that allow exceptions for public health and requires health officials from the 12 Trans-Pacific Partnership countries to consult each other before making trade challenges. It would not prevent the challenges from moving forward.

Mayor Michael Bloomberg, a strong advocate of tobacco control in this country and abroad, rightly denounced the American proposal as “weak half-measures at best.” The proposal leaves the door open for multinational tobacco companies to challenge legitimate tobacco control measures, as they already have in several countries in recent years. 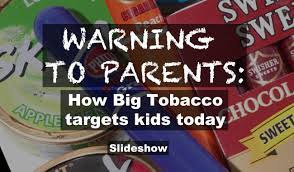 Malaysia countered by proposing a complete carve-out of tobacco control measures that would protect a country’s ability to set its own rules for marketing, advertising, banning or taxing various tobacco products, among other control measures. The Campaign for Tobacco-Free Kids and several other medical and patient advocacy groups, including the American College of Obstetricians and Gynecologists, applauded the Malaysian proposal. It would protect countries from the burdens and costs of fending off trade challenges and from potentially stiff financial penalties if they lose. And it would remove the danger that some countries might not enact strong tobacco control measures in order to avoid any possibility of challenges.

American trade officials need to toughen their stance when Trans-Pacific Partnership negotiations resume. They should be siding with the public and those concerned about public health, not the makers of products known to be lethal and highly addictive.

Thanks to Malaysia's stance, even the pro-business NYT agree with Malaysia's tactical ploy to extend the TPPA negotiation.

Bumped into MTEM's Mohd Nizam Mashar two days ago. As someone so cynical and vehemently opposed to TPPA, his response when ask to comment on positive progress of TPPA was "There are still efforts to push for the TPPA."

Will not be surprise that the money-myopic and indifferent to nation building PEMANDU and their overpaid and party animal staff are pushing for it. Their argument is predictably trade. 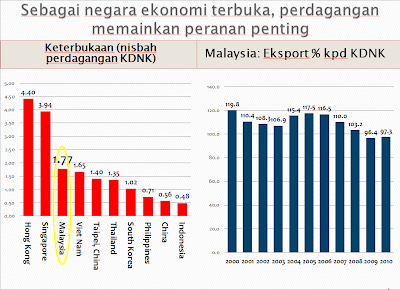 They only see benefit of trade which mean money masyukk and interest of big business taken care. Anyone remember PEMANDU's NKEA never bothered about SMEs at the early stage of planning?

This "banana, yellow outside orang putih inside" will not see that it is not the orang putih that prospered the country but the Asians: 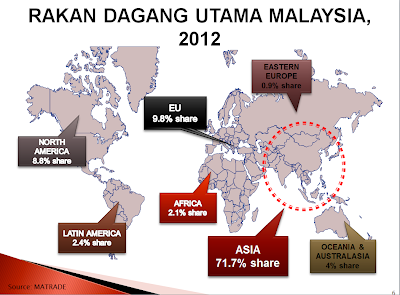 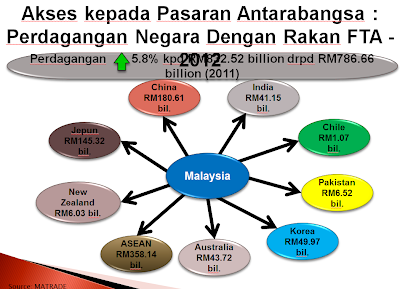 Yet China as our leading trade partner is not part of this American championed TPPA. If trade is the reason, why be involved then? Ivy Leaguers and Ox-bridges can be so sloppy.

It is the American - which was not part of the initial four countries in the TPPA but their yellow banana proxy, Singapore is there - that wanted to insert non-trade related items in the negotiation list below: 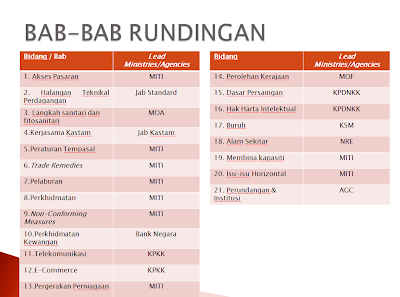 It is items in 14-21 that is stalling completion of negotiation.

The "Mat and Minah Liberal together with Sarong Party Girls and Boys of Kelabit-led" PEMANDU cannot appreciate the implication to nation building.

It is now in the 19th round of negotiation in Brunei and Tok Pa promised to update the public.

Sources claimed that it was Malaysia's effort and voice in the negotiation that opened the eyes of other countries to the American and their proxies conniving tricks and ploy. They are watching, listening and likely to follow us. If we pull out, TPPA can fail. 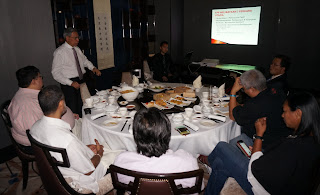 Yes, it is restoring some trust but more, much much more is still needed.

For one, it can be restored with a more experienced and capable negotiation team. NOT by a team that treated TPPA negotiation as "learning experiance." NOT by a team too overzealous in highlighting the trade benefit but did not see the full implication beyond just Bumiputera policies. NOT fumble in the past to agree to an FTA that allows for automobile in exchange for vegetable. And NOT over anxious to agree to an FTA because "my promotion depend on this."

Why not compare the list of Malaysia's leading trade partners with the latest competitiveness rankings?

More to the point, if we are ballyhooing the China connection (which is ironic, seeing as how China is ruled by the CCP - Commies in other words), then let's also ask if China is a primary source of skills, investments and technology that Malaysia needs to move up the economic ladder?

Of course, if we are comfortable with the likes of Huawei and ZTE running around in Malaysia, then go ahead.

Are you suggesting that we can "wall" ourselves off and proceed at our own pace?

What makes you think that China, for example, values it's trade ties with Malaysia more than it does with the US (or Japan, or Singapore, for that matter)?

Some of these officials feel that they are smarter than the other. Worst with the intro of kpi by idris jala.

And then with their mindset that the ordinary people are a bunch of kampong narrow minded people.

What they fail to see is that these kampung people at the end of the chain depend a lot of these top officials for their survival.

Maybe PM should come out with a compulsory home stay program for all these cabinets members , top offical and advisor for them to feel the nadi rakyat.

I am a layperson so maybe you can help me clear my thoughts.

Are you saying that without the TPPA signed, we will not be able to export to these countries?

Or just say if a Msian company is producing an "item" and for a cheaper price, no country within the TPPA is allowed to buy from us?

Or, just say if Msia gives somes tax breaks (relative to other countries) to certain industries, US companies are not allowed to invest here?

Or for example, foreign talents are not allowed to work with our o&G's and gamudas, MRT's,etc? Or our workers can't go to the TPPA countries?

CAn you give me a specific example of how the TPPA will give an added benefit to what we have now without using the textile and pewter examples?

Thanks and much appreciated

To Najib, Hisham and their advisors

the pro Umno bloggers kicked out Pak Lah and his boys before, so next will be you.

Its all about restoring the trust.

Then it will be KJ and his boyz.

The following points will kill off what the BN as led by the UMNO with the 13 component parties built up since 1957.

1. The sole beneficiary is Singapore. Foreign goods from there will flood the country to kill off all Bumiputra and non-Bumiputra SMEs.
2. The 750,000 Bumiputra businesses which sustain at least
7.5 Million households and employ 1.5 Million persons will be swept away.
3. 1 andn 2, will wipe out the UMNO
4. The fall of the BN as led by the UMNO with the 13 component parties means the destruction of Malay heritage, sultanates, culture, religion, legacy etc which have been protected by the UMNO since 1946 ! And the Malays in Malaysia total 14 Million in the whole World.

SINGAPORE IS THE SOLE BENEFICIARY.