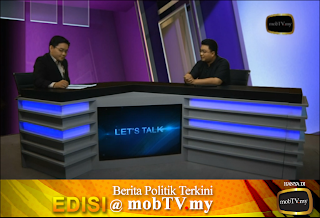 Despite negative campaign tactics used by certain incumbents happening, the positive note in this UMNO election are the existence of underdogs willing to take on invincible incumbents.

So we wish to select several personalities. Hopefully UMNO members are open and matured enough to give them some serious thoughts.

There have been talks of systematic blockage, and sabotages for these underdogs to campaign. Tan Sri Shahrir Samad have expressed that concern. 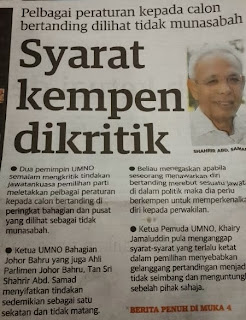 Not only Shahrir, but Tan Sri isa Samad, Khairy and have questioned the new system.

Also happening is systematic effort to stop the media, mainstream and alternative from carrying news on the campaign of underdogs. If bloggers had been the voice of underdog in the past, strangely they are becoming boringly mainstream.

This motiavted us to help give space for some candidates. 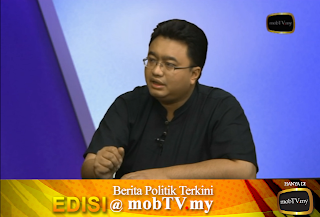 One underdog candidate we are highlighting and he is Our Bloghouse Deputy President is Akramsyah. The public must already know that he is contesting for Ketua Pergerakan Pemuda UMNO against Khairy.

Akramsyah runs on a slogan of Hidup Melayu!, contrary to Khairy's western defined as centrist view but in the local context, it is a liberal leftist view eager to be mainstream. 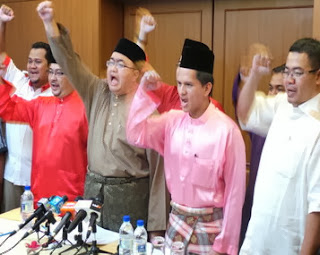 In a more than half hour interview with MobTV, Akram delved into his achievement in campaign and the sentiment of change percolating at the grassroot level.

Akram claimed there is a sense of frustration at the grassroot Pemuda UMNO for the silence of Pemuda UMNO on issues closed to the Malay interest.


The main cause celebre of UMNO has always been based on Islam and Malay agenda but current Pemuda leadership is not playing the role of pressure group to perpetuate the soul of UMNO in defending Islam and progress of Malay.


He highlighted the absence of Pemuda voice in the case of kalimah Allah which has significant implication on the akidah or faith of Muslims. This puts into question where has the soul of UMNO's struggle in the past five years or perhaps more than five years gone to? 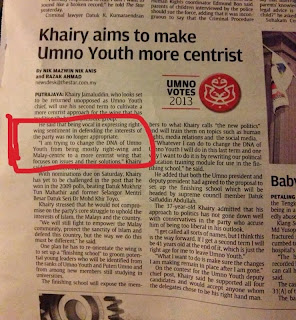 In his view, we are lucky that the vacuum left behind by Pemuda UMNO's silence was filled up by NGOs like Majlis Perundingan Melayu, PERKASA, etc. And, UMNO is thus far lucky that these NGOs are still supporting UMNO instead of turning political or moving to the oppositions.

There is more. Listen to Akram here.

Khairy's response can be summarised by this image created by his campiagner. 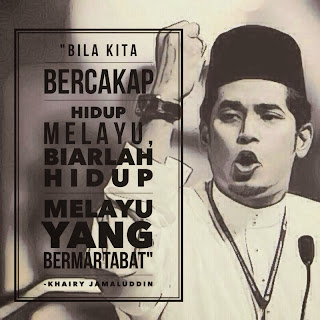 While it is true that Malay must live in a dignified way, the fastest way to plunge into the ravine of disgrace is poverty and economic backwardness.

If he feels that continued government interventions, subsidies and assistance does not raise the dignity of the Malays, what is his plans to elevate the Malay economic well being?

Seriously, he has to convince the Malays that the neo-liberal ideology he adhered to and agenda for pro-globalisation, free market and laisse fairre economy, completely open economy to foreigners and non-Bumiputera, and no market distorting affirmative action will help the Malays and natives of Sabah and Sarawak? 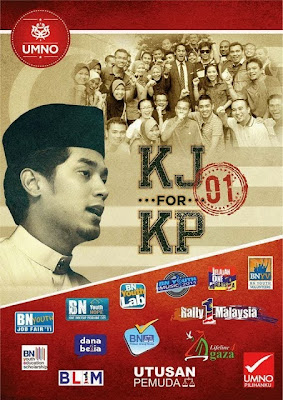 Another of Khairy's response is to value the programs he had put in place in Pemuda. Thus far it is BN this and that but the question is it is merely his role as BN Pemuda Chief. Din Turtle has a similar  observation here.


Before answering, he need to be reminded that 99.99% of his constituency in Rembau and UMNO's power base are Malays. Only 3% Chinese voted BN.

His supporters are promoting the campaign message of continuity and uses his incumbency and position as Minister to the hilt. A sarcastic response would be: Will that mean the continuity to be part of the systematic marginalisation of the Malays?

Taking note of his tainted past (read Bigdog's here), a bigger and more critical consideration for Pemuda voters to ponder is to ask whether having Khairy lead Pemuda will maintain UMNO's political continuation?

Does the so-called successful programs organised by Pemuda truly bring about increased popularity to UMNO nationwide and translated into confidence and votes from the young and below 40 voters segment to UMNO and BN?

Despite his limited accessibility to delegates and media (Some calls from upstairs may have instructed TV3 to cancel a talk show with him), Akhram's message is reaching the ground.

Talk is he may deny Khairy complete dominance of the divisional electoral votes and capture significant electoral votes. The most optimistic place it at least for 40 but no method could ascertain an estimate under the new system of election.

Has Khairy successfully get the Malays, especially the young, to be registered as voters?

I won't change the medium of this blog for sake of akram or anyone. Pemuda will have to find their senses and akram's campaigner have to do what is necessary.

so, for 99% of his constituents and yet they voted for him? Despite him being so called neo liberal( i agree).

He works the ground man, go check facts, malays or not like him