Profiteering not as bad as IS millitant? 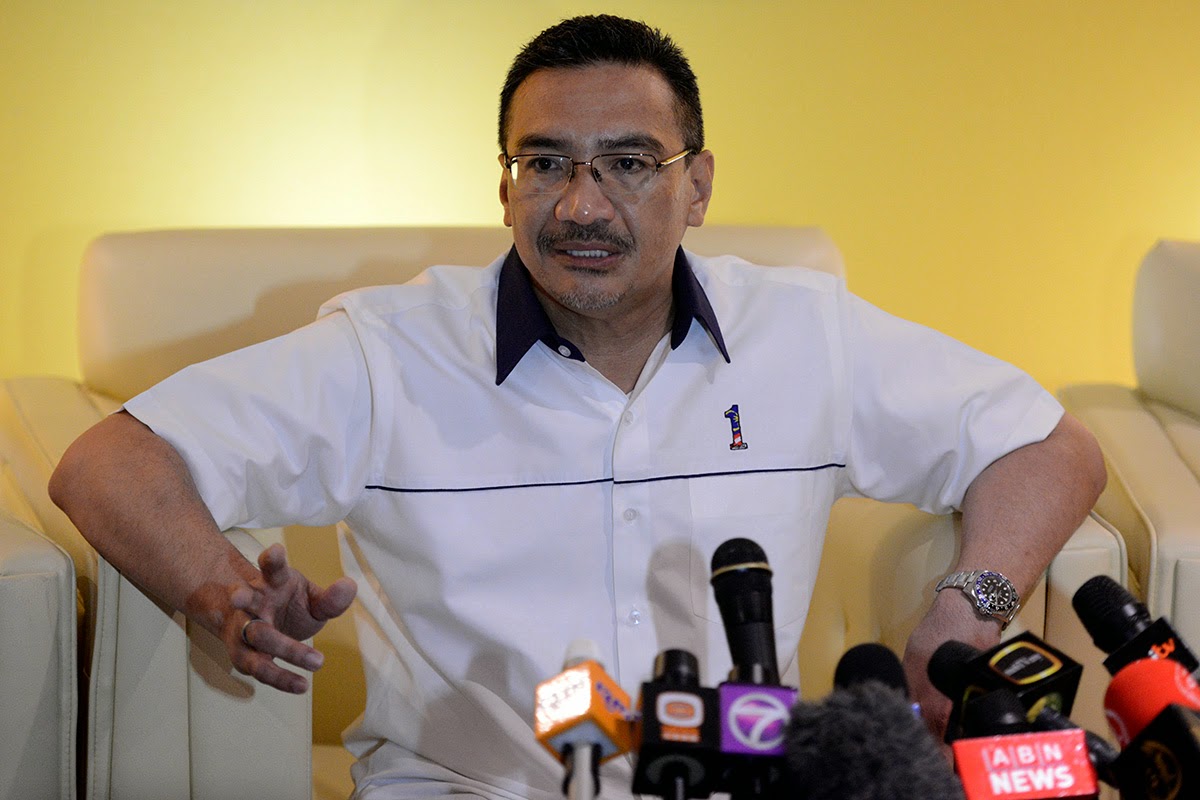 
Datuk Seri Ismail Sabri Yaakob’s recent jibe against Chinese traders was nowhere as bad as the atrocities committed by Islamic State (IS) militants ...


.... Ismail Sabri Yaakob’s racial rant against Chinese traders for refusing to bring down prices is nothing compared to the atrocities committed by Isis militants...

For the last 24 hours, we've been trying to figure out the link between Ismail Sabri's statement on Chinese traders profiteering and IS militants violence.

Since Segambut DAP MP called Hishamuddin's remark as nonsence, there will be those that expect upon this Johore-born blogger to defend the colourful son of a Johor feudel family.

The MP should be criticised for over exaggeration and accused him of attempting to fan May 13 sentiment.

But, we are not going to. We do not subscribe to feudelism. It is the cause of Malay malaise


Segambut MP Lim Lip Eng said there was no way the atrocities committed by the terrorist organisation could be seen in the same light as Datuk Seri Ismail Sabri Yaakob’s call for Malays to boycott Chinese businesses.

“What is Hishammuddin’s motive for saying that? Does he want to see a Chinese trader burned alive like what the IS did to a Jordanian pilot recently before he criticises Ismail Sabri’s racist statement?” Lim said in a statement.

As it is, we are still trying to understand the rationale of drafting an Anti Terrorist Act at the request of the American.

The willingness of Dato Dr Zahid Hamidi to secede to the American request could eventually make Malaysia end up having to categorise the oppressed Palestinian as terrorist in sync with American policy.

Maybe to quell sceptics like us, TV3 reported of an IS millitant that cooperated with the Suluk or precisely the Tausug of Phillipines that attack Lahad Datu in 2012.

Hishamuddin have angered the Sabahans when he said IS millitants exist in Sabah. TV3 report serve to clarify Hishamuddin too.

All along, anyone with common sense would expect that there should be more IS millitants in Semenanjung than in race and religion tolerant Sabah.

In Semenanjung, there is PAS that used to feed and harbour such extremist views. There is no such phenomenon in Sabah or Sarawak.

For a PM aspirant, Hishamuddin seemed to have trouble expressing what is in his head and what comes out of his mouth.

Maybe it is because he has an exceptionally wide mouth.

But, it that his problem?

Or in this case, is it a case of typical spinning by the evil media of Malaysiakini, TMI, FMT and now fortified MMO as Leslie Lau is expected to be Chief Editor for Malay Mail, off and online?

Sincerely hope he has no other intentions like trying to say Ismail Sabri as not reflecting the suddenly fashionable moderate view and dubbed him extremist.


The defence minister said the remarks by his cabinet counterpart in charge of agriculture should not be used as a yardstick to define Malaysia's moderation agenda.

“If you want to talk about moderation, I think Isis burning the Jordanian pilot is far worse than this case involving Ismail,” he said at a press conference today referring to the incident this week where Isis militants had torched a Jordanian pilot locked in a cage and posted a video of the act online.

If anything, Hishammuddin said, Ismail’s remarks made in a Facebook post should spur all Malaysians to fight profiteering by traders.

“It has helped raise consciousness among the public, irrespective of race, about the cost of goods and services,” he said.

Then again, it is TMI reporting.

So what then is intended by Hishamuddin's IS comment that had irked Sabahan?

Is it a proxy fight against Dato Shafee Apdal? After Zahid, the next in seniority to Zahid in UMNO is Shafee.

For that matter, it should be reminded that if Hishamuddin had not got Sultans to canvass for him, his 10 votes win over Dato Mukhriz's ragtag campaign team could have been wiped out too.

So much for politics.

That is not a smart statement from Hishamuddin.

The IS video of the pilot being burned is suspect. Cannot believe IS could speak in such accented English native speaker accent. Never believed the crude IS millitants to be good at cyber psywar.

If he is defending Ismail Sabri's controversial statement by stating it as consumer issue, then it didn't come oyt that way. IS is a security issue and not that of consumer or racism issues.

Such wrongly said words of politicians only invites speculations. It is not the first time Hishamuddin made such mistakes and create bad perception of himself.

If he continues to do so, it only perpetuate the perception that he does not have IT to assume the top leadership.

is militant and profiteering are two different animals altogether. to him, if ron95/97 cost rm30 or a kampit of beras is sold at rm200 tak jadi kudis, chicken feed. macam ni ka bakal pm?

2016 is around d corner.pm najib is also being cornered n if he is not careful n lucky enough 2 escape d onslaught than hisham's days wld also b numbered.

his nearest political rival is zahid who can stand on his own
easily. my take is that zahid has 2 b taken down 2 clear d path 4 hisham's eventual succession. will pm najib b strong enough 2 make d first move 2 help his cousin ? well time wil tell.

Kah kah kah..Si lembik to be the next PM..I agreed with Nur Jazlan..PM should choosed by music chair..But most of the time $$$$$ can be used to orchastra UMNO to make him as next PM...

Profiteering is just as bad as IS millitant ?.

One are physically and the other are economically ,and both are life threatening .

2. IS needs corroboration or not. If not corroborated, its not an evidence?

Since you have made a cursory mention on Anti-Terrorist Act, I will just say bring back the Internal Security Act (ISA). What is needed to do is to amend Section (73)(1) and other relevant sections of the Act to cater to the threat of terrorism specifically.

For the sake of national security, forget about your ego or being accused for renegading or flip-flopping by any quarters particularly the oppositions, the human rights groups etc. Who knows best about security if not the police or the military?