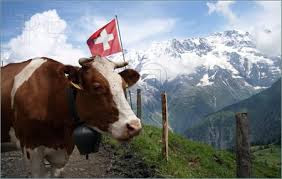 It must be the season to cabar mencabar (making challenges). Tralalala ... lalala ...

Blogger Shahbudin put up a posting of Tun Dr Mahathir challenging Dato Najib to swear on the Quran. He said he would do it.

RPK joined the fray to challenge Tun M to swear:


“In the name of Allah, I, Najib Razak, swear that I did not steal RM42 billion of 1MDB’s money and that the RM42 billion has not all disappeared into thin air.”

Well .... Tun M and Najib should know that all these swearing and oath is meaningless in the court of law but only appeal to the superstitous kampong folks.

It is the same manner that Dato Seri Khairuddin and Matthias Chang went around the world to take pictures in front of law office and police stations to appeal to the urbane folk and it may not have any legal significance.

Before getting into that, blogger Shahbudin also interpreted Tan Sri Muhyiddin's latest speech at Telok Kemang, where GKCM started, as a challenge.

Dato Nazri Aziz sprang up to demand he withdraw from his Deputy President position. If one had followed RPK's, it seem as though there was effort to sack him earlier but nothing so far.

Cabar mencabar is the usual political stunt of old days PAS. One usually hear the likes of Mahfudz Omar, Husam Musa, Khalid Samad and those in the same time zone doing such thing.

However off late, clergymen like Mufti Asri, DAP leaders like Lim Guan Eng (but lately he shied away from confrontation) and one Johnny come lately by the name of Zaid Ibrahim have been doing the same cheap stunt to gain public or media attention.

However, the current cabar mencabar happening would not be complete without including the said former Naib Ketua Bahagian of UMNO Batu Kawan and husband to actress Ummi Aida.

Khairuddin have been ranting against AG daily since the day AG exonerate Najib for the RM2.6 billion donation and RM42 million alleged SRC money in personal account. 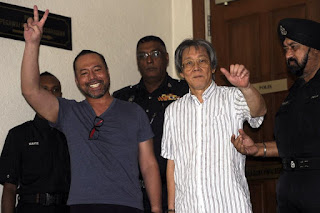 It started with him and Matthias Chang being detained under SOSMA and charge under Section 124L and Section 34 of Penal Code (Act 547). Thus far, they were only allowed release from detention and doing delay tactics to sustain the case till next general election.

In his tantrum against AG, Khairuddin had made police report on January 27th to seek the investigation of Apandi Ali for abuse of his constitutional power to decide to charge or not on any Investigation paper and recommendation by investigating authorities. [Reports by TMI and FMT, here and here, respectively].

A copy taken from Khairuddin's FB below: 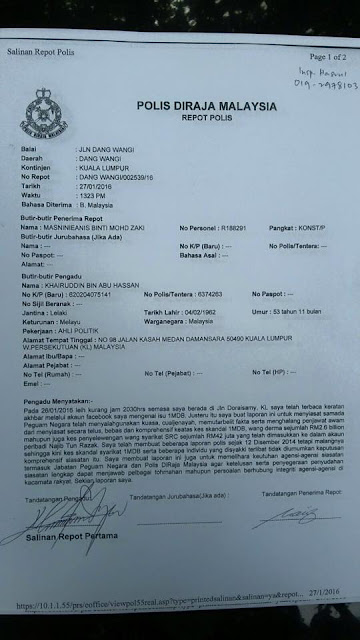 Subsequently, it was reported Khairuddin made MACC report against AG on February 3rd. [Read FMT here]. Pictures of him talking to the press in front of MACC can be found below: 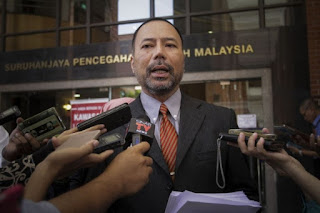 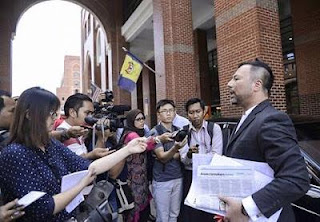 Notice the bundle of materials and the newspaper cutting intentionally allowed to be seen by the public. It does make it look as though he had piles of information to be submitted against AG at MACC.
Good coaching from wife.

There is no chance of looking at the MACC report because it is not allowed as it would be prejudicial to the investigation.

Maybe MACC do not want reports made to them abused for slander against victim. Thus Khairuddin's report against MACC cannot made available for public view as per the police report against AG. Interestingly, there was a statement by MACC on Khairuddin as reported by Malaysiakini:


Rohaizat's comment to say that they have not receive the report shows MACC do not indulge in such cheap act.

MACC have lately been accused of doing lots of wayang including the latest one being promoted by Geng Loceng on the cancellation of meeting with MACC panels. Talk at an exclusive high tea eatery and quite a credible place to pick up on latest gossip was that AG was summoned to meet a member of the Council of Ruler.

Thus far, statement from Tan Sri Abu Kassim has been consistent. It just look chaotic and out of control for other officers to make statements and regularly happening too on the same matter. It is as though the boss's words does not sufficiently explain.

By the look of it, Khairuddin never made the report to MACC for fear false report could put him in trouble and be charged under the MACC Act.

It only made us curious.

Khairuddin and Matthias are being charged for "economic sabotage" for making reports abroad against 1MDB or Najib or other individuals relating to 1MDB or donation into personal accounts.


Sure Tun, Najib gone to US twice but why he was not apprehended by the FBI that was reported to probe as per your claim?

Unless AG abuse his position to act outside the law, in which the defendants and Tun M are working hard to paint such picture with their relentless applications to strike out, appeal, and sue, there should be basis for the case to be brought to court.

The suspicion and it is not too difficult to guess, it was meant to attack Najib from outside. It is to generate newscycle and create false impression as though there is genuine case against Najib. Transparency openly displayed Geng Loceng's card here.

The Geng Loceng were initially ecstatic when Swiss responded to investigate. Khairuddin went frantic with his remarks and action against AG. Warned AG to not divert attention. Called AG as unfit to fill up the position. Demanded proof on the money trail. Will bid for a judicial review.

The gossip about this cousin of Anwar Ibrahim is that he is the lembut type. It could explain for his unshaven public appearance to cover-up and Azwan-like foul mouth. Khairuddin and his wife, Ummi Aida happen to move within the same circle as Ummi Hafilda, and Azwan Ali. He has expressed call for release of Anwar and talk is he is assisting Tun M to making overture to Anwar.

Out of all those reports made, only Switzerland and Singapore responded officially. Even that Swiss AOG statement is suspect. The gay AG may have an ex to grind with Malaysia for the imprisonment of a gay brother and was seeking publicity to run for office. It was improper procedure diplomatically. Read past posting as it explains Swiss AOG said nothing substantive!

Both Switzerland and Singapore have confirmed that Najib is not being investigated. That was something Geng Loceng hate to see happen.

Other reports on the police reports at other financial centre are only sourced from Khairuddin.

He was merely taking photos at: 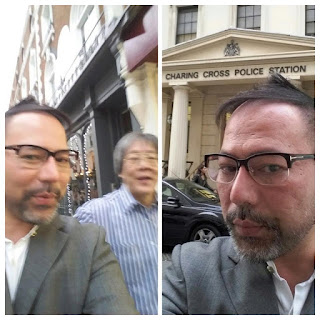 ... London (notice the smirk in the left photo), 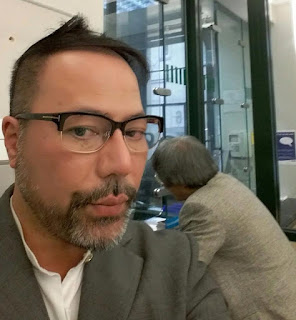 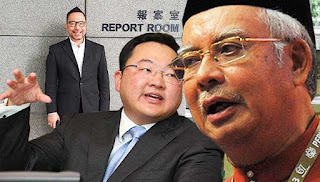 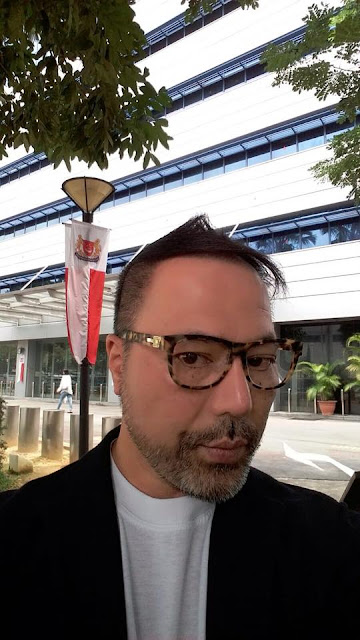 ... and Singapore with his cute hairdo and glossed lipstick. Hope he realised of a certain scandal in squeky clean Singapore that affected CPIB.

We are calling Khairuddin's bluff and challenging him to prove that he actually made those reports by revealing the copy and content of all the reports in the same manner he revealed his police report against AG.

Geng Loceng reading this should alert him.

Please no wayang and cheap Batu Kawan standard diversion like this blog is unimportant for him to respond and he only answer to Allah. It is all too familiar and we can teach a new trick or two.

And, no excuse like the rule and law does not allow he reveal. Since when he respect and bothered about the law and procedures?

He is paid handsomely and bankruptcy issue settled to act out the part more synonymous with Mahfudz Omar and Mat Sabu.

Photo of khairudfin in lyon and spore looks exactly the same.

Anonymous said...
This comment has been removed by a blog administrator.
5:30 PM

when swiss responded to investigate?

they already did and said about 4 billion were screwed. quit trying to downplay the whole scenario bro.

Anonymous said...
This comment has been removed by a blog administrator.
4:39 AM

Anonymous said...
This comment has been removed by a blog administrator.
9:41 AM

Don't waste your effort spewing insult. Hardly affects us. And it does not get published.