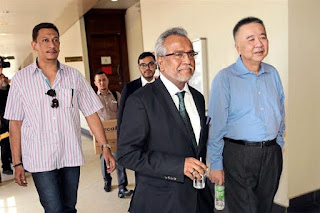 Meeting up too many people that the second part could not be written yesterday. So we continue where we left off from here.

When told by friends at the court case against Dato Ismail Zakaria (IZ) that transactions by Dato Low Thiam Hock or known as Repco Low at Sime Securities was legit, it came as no surprise that he was acquited without being called for defense in 2006.

However, Court of Appeal overturned the decision by the Session Court and High Court in March 2013.

Led by then judge Tan Sri Apandi Ali, Repco Low had to put up defense as it was deemed there is sufficient ground to "describe and sustain" the said offense to create misleading appearance with respect to the price of Repco shares on the share market.

So Apandi can call it as he see it on a PM man. Furthermore, Judge Akhtar Aziz of the Session Court can be described in politically correct word as unpredictable.

Whether it is legally justified, judges may have insisted he defend himself for the benefit of public interest. SC needed a case to set an example to other mischievous punters.

Repco Low's case was possibly weakened by another civil suit case against him by SC in 2008 involving Iris Corp.

Legally speaking, insider trading or stock manipulation is not an easy case to prove. So the talk of Tan Sri Mokhzani will be charged for insider trading is all political talk.

As we remembered of being told at a course attended, the first such successful case of insider trading on Wall Street could be done with the availability of notes found in a dustbin where a meeting of all involved at a hotel room.

FBI was doing a sting operation so they were able to convince the court on the admissibility of the evidence.

How is the case with Repco Low's offense for stock manipulation “by taking up any offer prices of the said shares offered by the sellers, which act was calculated to create a misleading appearance with respect to the price of Repco shares on the KLSE on 3 Dec 1997”?

If he had bought his required Repco shares for the account more by being sold at the bid price than taking up on the price offered, Judge Akhtar was right to acquit. There should not be a case at all.

Taking up any offer price without selling back but holding on as long term investment or strategic shareholding cannot be construed as stock manipulation. Stock manipulation usually involve some selling and buying and it is usually done through several accounts.

SC did a credible job in the Iris case to identify other accounts used.

Did Repco Low used other accounts to buy and sell Repco shares or passing the positions from one account to another? If it only involves a single account, it is meaningless! It is a bad joke on Repco Low by SC and the court.

The case only mentioned of the one way buy on ONLY ONE DAY on December 3 1997.

If it is one day, it is not enough to assume stock manipulation. One day transaction means nothing! It takes days or weeks or even months to generate news or rumours, create sentiment and manipulate shares up or down.

Who was the expert sought to determine the "act was calculated to create a misleading appearance"?

From what was told to us by friends in the market, one of the expert witness heard for the prosecution was the USM lecturer and former Board of Directors of KLSE, Dr Neo Soon Kean.

Soon Kean was a DAP supporter, so it could be in sync with the intention by Dato Seri Anwar Ibrahim to kena Repco Low for being in his way. There could be a collusion between Soon Kean and Anwar supporters within SC. 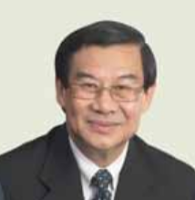 In our early working days of learning about investment in stock market by reading his book and following his column in Sunday Mail, his prediction and method are purely dog shit, pardon the market lingo.

It doesn't work and his published portfolio regularly turned out to be bummer!

No doubt he has the credential and sits on many committee and board of institutions to claim as expert for the court. He is just an early bird in the game but he is no market expert and operator to comment, more theoretical.

Soon Kean had this habit of applying comparative methodology and expect stocks that do not follow a certain pattern should eventually follow suit. Theoretically, that is inconsistent with Efficient Market Theory. Furthermore, his choice of laggards do not necessarily follow his prediction.

If Soon Kean had act predictably to use a similar method to analyse say gaming shares and claim Repco shares are manipulated because it did not follow other gaming shares pattern, then it is still a highly questionable and subjective opinion!

The retired Ku Rahman, now living in Subang Jaya and hang out regularly at particular mamak shop there had a sophisticated system developed from his days as market player at PNB. He should be the expert opinion sought by the court to confirm stock manipulation!

There is also the likelihood that Soon Kean could be using another typical theoretical argument that next day on December 4, shares come down because Repco Low stopped buying. Typical academic and non practitioner logic.

That argument should prove that Repco Low was the only buyer of Repco shares on December 3rd that made the price shot up. If there are other buyers, it disprove his claim!

Did SC scan through the chart to pick on only December 3rd trade as it fits Soon Kean's theory?

Another way to indicate possibility of stock manipulation is to show the stocks fluctuation is abnormal and statistically are outliers.

In other words, it is outside the possible "range" for normal stock fluctuation and had fluctuated at prices considered as highly improbable or of low probability. If it was proven it was not, the legend should escape conviction.

Judges are not left brainers, capable at handling numbers and mathematical logic. It reminded us of our lawyer friend struggling in our MBA Finance class.

They will rely on so-called expert and that is a textbook Gani Patail approach to fix a victim in court.

If Repco Low was only buying from a single account without any selling which is usually for purpose of buying back to prop up the shares and the shares bought are held for long term, then he has no intent.

He will be a victim of judges' ignorance. Expectedly, some will say serve him right for preying on common folk savings. So it is payback in a different form like Al Capone was not charged and sent to prison for his crime but for tax evasion.

As far as those common folk dabbling and punting in shares, they are not victims worthy to be protected. They know the risk but do not want to place their investment in Unit Trust or Fixed Deposit. And they are willing to enter into a trade based on rumours and hearsay from third party or maybe even 15th party.

No Bursa or SC can save these idiots but themselves.

Off course, if that is God's will to charge Repco Low, then be and it shall be. However, it is improper on human judges to punish him for his reputation but not for the actual wrongful act.

Don't quite care for Repco Low for he can take care of himself. But only had the systematic injustice done on Khir Toyo in mind ...

You should call Malaysia pioneer in Efficient manipulation theory,serves its puspose for basic investment principal ie selfish investment. Then another theory suggested is herd instinct to concurred laggard movement. Obviously in Malaysia this was manipulated by club of Shepherd herder to fool the sheep. But these manipulation to the highest order need to be done like manipulating balance sheet, siphoning revenue, contract cost inflated etc.

Please lah the voice don't compare theoretical that comes with Nobel Laurette to be used in Malaysia.

It is ok to disagree but I am insistent from the first part that there was a game by SC. Eventually I will get the info. Many parts of the court documents are not known to the public though it is supposed to be publicly available.

Theoretical ideas cannot be compared thus Neo Soon Kean have been talking garbage all these years.

I damn well like and agree with you on "manipulation to the highest order need to be done like manipulating balance sheet, siphoning revenue, contract cost inflated etc."

Almost all Investment bankers should go to prison starting with Nazir Razak and the Khazanah boys!

Stock players or operators or kaki goreng like Low serve the unofficial role of market maker. Advanced market have them on official basis but why are we in denial of their role?

SC and Bursa shd stop baby sitting retail players. Let them become pauper for their stupidity and gullibility. Why protect them!

Let the market takes its own force, eventually everyone will smarten up.