Days of cheap labour and easy job are over 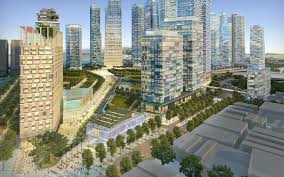 Malaysia does not need to take in 1.5 million Bangla Deshi. Somebody will be profiteering from it. It was an issue we raised before. However, it is no easy task to flush out the existing illegal immigrants. Any drastic action will affect local industries.

So government gave time to employers and workers to legalise and act accordingly. Government then put in place system to keep track of immigrant workers. The existence of a system to monitor existing workers will lightened the task of addressing the other problems associated with illegal immigrants.

Today's news report is a message that government is moving forward as planned and ignoring irritant noises of business interest or attempt to sabotage, even political interest or rivalry from railroading the scheduled execution.

Government is telling businessmen to  buck-up and adjust to the new environment of higher labour cost. And, students must prepare themselves for challenges in the job market.

SIBU: The levy for foreign workers has been increased, in some cases to double what employers are paying.

Effective today, those in the manu­facturing and construction sectors will have to pay RM2,500, up from RM1,250.

Those in the services sector will be levied the same amount, compared to the RM1,850 previously.

Foreign workers in the plantation and agriculture sectors will have to pay a levy of RM1,500.

The levy for foreign domestic wor­kers remains at RM410.

The new rates are in line with the recalibrated Budget announced by the Prime Minister last week, when he said that foreign workers would be categorised under two main tiers from the previous six.

Dr Ahmad Zahid said the restructuring of the levy was done as the 2.135 million registered foreign workers enjoyed many benefits meant for Malaysians, such as food subsidy and other services.

“The restructuring of the levy is also for us to have better control and management of foreign wor­kers in the country,” he told a press conference during his visit to University College of Technology Sarawak yesterday.

Dr Ahmad Zahid said the new rates were in line with the national economic scenario and also that at international level.

“We do acknowledge the vital role they (foreign workers) play in nation-building and our economy,” he said.

Naturally, local businesses are complaining. By hiring locals, they have to pay more, provide other perks and deal with the local workers lackadaisical attitude.

Foreign labour is an unfair competition practise. Local available labour and expertise are put aside for the cheaper cost at the economic and social expense of the country. Cheap labour is a short cut way to avoid investing on equipment and process. Its a lazy and rent seeking approach to business. 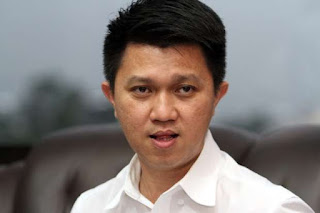 Degree no longer a ticket to jobs, says Chong

PUTRAJAYA: A university degree is not a ticket to get jobs and it may even be a stumbling block at times.

Deputy Education Minister Senator Chong Sin Woon (pic) said some graduates had to use their SPM qualifications to apply for jobs after their degrees literally led them nowhere.

“This is very sad but a reality,” he said.

He added that they do not even dare to reveal that they were degree holders for fear of being deemed “over qualified”, which could reduce their chances of being taken in by prospective employers.

In a interview with The Star yesterday, Chong said there were various factors for graduates failing to get jobs.

Apart from an increasingly competitive job market and a slowing economy, he said other reasons included a mismatch between the supply of the types of graduates and the availability of jobs relevant to their qualifications.

“The trend is to go for prestige-sounding courses like engineering, law and accountancy besides medicine and pharmacy for instance.

“Most parents and their children are either ignorant of the problems of mismatch later or they just follow the trend.

“Some of the graduates also find out later that they just do not make the cut for their chosen field,” he said, with many opting to do all sorts of sales jobs to survive.

While many, if not all parents, want their children to have a university degree, Chong advised them to be pragmatic in their choices.

He pointed out that some people were more suited to be a skilled worker and thus vocational or technical training was suitable for them.

“But sad to say, not many people in Malaysia turn to vocational or technical training.

“They do not see such courses as a choice but a last resort,” he said, advising Malaysians to review their perception on this.

“Those with training in a field they have interest in can go far in their career. Opting for a course just because it was trendy could spell the beginning of many disappointments,” he said.

These are the usual growing pain of a country moving up to developed status. We want to develop and development have been the popularly repeated theme for general election for more than half a century. It is too late to say no to development.

Businessmen and students have no choice but to prepare themselves for the challenges of the different environment. It's time to move on and forget the past ways of doing thing.

Take a look at US Japan, Western and central europe and Australia. Please dont compare with spore as najib advisor use to do..

These countries ie 40 - 200 years ago was a backward country except in the capital or trading cities.

What the goverment then did was to develop their infrastructure all over the country... be it in the city or rural area with the exception of remote villages.

Their focus was to develop the basic infra ie roads, school, irrigation for agriculture and later came hospital, electricity and piped water and finally telecomunication in order to improve the standard of their rakyat life. It was never about wealth or high income.

The govt later will maintain, developed and improve the infrastructure built in order everybody get the chance to improve themselves. Subsidy was not in the list except during the war periods and cheap foreign labor was not part of gomen intiatives except done illegally by the greedy businessmen.

With all these infrastructure built and maintain, their rakyat will have no one else to blame except themselves if their life did not improve.

The people, regardless in the city or rural area was very innovative and creative in order to survive, improve their daily lives or even just to fulfill their curiosity.

The result is after 1 generation, their ideas, product and services was sold to the public as demand grew and notmto be surprised that some of these products were produced in small town.

But here in Lalaland, what we were being told by our goverment is that being a developed country is all about high income just like singapore and it can be done within 5 or 7 years time as the leader wishes, minus a long term plan.

my 2 cent tot is that our present leaders have a instant noodle mentality by thinking that high income is about having latest western life style and wealth can be gained after just a few meetings..

The worst part is the naive rakyats believe in it while the greedy business men taking advantage of the present gomen policy loopholes..

Just take my words with a pinch of salts.

Anonymous said...
This comment has been removed by a blog administrator.
9:30 PM

Thats right. Express your opinion without the need to get diverted away from the topic like the other commentator, sarcasm and attack on host. It is just unnecessary.

Just state your point of view. University seminar, forum, dialogue and what have you are very civil, isnt it?