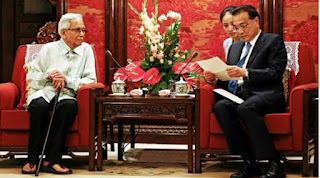 Since the last posting HERE, Tun Dr Mahathir admitted in Parliament that Japan may not provide the low interest loan new government needed but excused as bringing the cost down.

However, it is only typical Mahathir's logic for the uneducated public and not likely to be the real reason. He should have learned his lessons from getting whacked by the foreign exchange market twice.

And Mahathir would have realised the Japanese non-committal, but polite, gesture during his first overseas visit as PM again to Tokyo.

However, domestic happening ruined the plan. It opened the Council of Eminent Persons (CEP) to attack and the visit is not likely to appease the infuriated China. In fact, Malaysia run the risk of being isolated internationally.

Mahathir should restart Langkawi International Dialogue to make him look good as though he is the leader of the third world countries of Africa, South America and Asia. 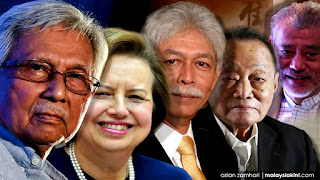 CEP was Mahathir's execution arm but when attacked, he did not come to its defense. He allowed it to be reduced as answerable to the cabinet.

Rais Hussein line to describe the "tussle" between CEP and cabinet should be viewed as positive is rather defensive and not substantive. New Foreign Minister Dato Saifuddin Abdullah also defended Daim.

But no DAP leader defended the CEP.

On the allegedly failed China trip, Saifuddin tried to tone down Chinese temperature by not blaming them for the alleged lop-sided deals.

Likely scripted by Putrajaya or Yayasan Kepimpinan Perdana with comments from a senior analyst at Malaysia's ISIS, Asia Times tried to potray a flexible China more keen to have Malaysia as the showcase of its OBOR program.

It could be wishful thinking to expect China government to soften after losing face. If Mahathir's visit fails, Malaysia runs the risk of facing international isolation as major nations take an arms length attitude towards Malaysia. There are several reasons to expect so. 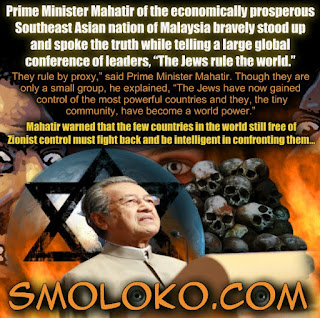 First and foremost, Israel and their old score with Mahathir should not be discounted. In our mid-June posting, Don't tell me markets down due to Zionist conspiracy it is mentioned that:


Malaysia strong stance against Israel in defense of the Palestinian people may have attracted strong retaliation against itself from Israel or US.

For instance, US took exception on countries voted against US call on Jeruselem as Israel capital. The Times of Israel headlined it as "US says it’ll be ‘taking names’ of countries that oppose Jerusalem move at UN."

It is haunting to be reminded of Israel Prime Minister Benjamin Netanyahu's remark, "Countries that don't have relation with us ... they're gonna be isolated."

The words of Netanyahu kept ringing in our head. 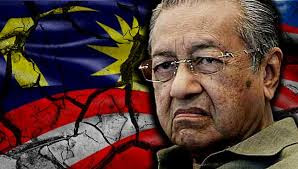 Second, the return of Mahathir and his past record in diplomacy and human right may likely isolate Malaysia. He had always been critical of more powerful nations and has too few friends on the international stage .

High up among the countries that would maintain arms length with Mahathir's Malaysia would be the European Union, including the United Kingdom..

Mahathir's anti-US stance in the past and his recent remarks of the POSUS Donald Trump may not make ties with the US any better. The leaked letter to the CIA from the former Head of Research, Dato Hasanah will have its impact on Mahathir and new government of Malaysia.

Najib denied knowledge of the letter. It remain highly improper of the kaki bodek and quarelsome Hasanah to have such stance put in writing. Equally improper is the intentional leak of a highly classified letter which is most likely the doing of Putrajaya.

Mahathir's attempt to totally expose the 1MDB debacle will embarass the Middle East and affect relations with the Saudi Arabia, UAE and Qatar. Heard one Arab state is considering to totally pullout its more than USD10 billion investment out of Malaysia.

If China's stop order of Malaysian palm oil and recent agreement to buy from Indonesia is bad enough, Mahathir run the risk of getting India to retaliate too should corporate issues involving Ananda Krishnan and Tony Fernandez there and also extradition of Zakir Naik not resolved 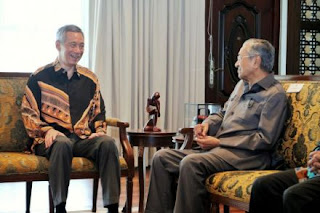 Third would possibly be the Singapore factor. It is as much Mahathir's adversarial attitude towards them.

One of the first few country that paid courtesy visit on Mahathir upon winning GE14 was Singapore. He responded with cynical remarks on Hsien Loong's batik shirt, intention to reclaim an island next to Pulau Batu Putih, and revived accusation Singapore short changed Malaysia on water deal.

On the same day before Daim met the Prime Minister, MACC raided on the ECRL and CCCC office. The likelihood is Dato Shuki Abdull responded to the revelation made by Lim Guan Eng and his DAP team at MOF claiming the China deals were the avenue money was raised to fund 1MDB loan repayment. That became an embarassment to Daim.

It was Singapore's Straits Times that leaked the story. [here and FMT report here]. Subsequently, there were speculations Shukri was misled by Lim Guan Eng and it was DAP's game to sabotage and curb the power of CEP.

An observer believed DAP was working through PAP's think tank, ISEAS to fail attempt to patch-up with China. And, it serves Singapore's pro-US position. 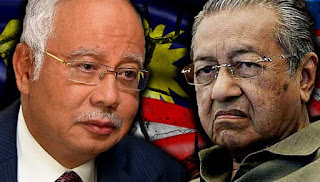 Fourth, the incessant exposure by Mahathir to the foreign press to continue to use Najib as his bogey and accusing the past administration as riddled with corruption could only lead to countries maintining arms length on Malaysia. The latest on CNN here.

Unlike Mahathir's heydays, Najib and his then hard working Foreign Minister, Dato Anifah Aman had raised Malaysia's profile in international relation and endeared themselves to many countries.

So Mahathir need to destroy the reputation and severe foreign support for Najib before he could get it started for Saifuddin. He is likely to privately expose more of Najib's alleged wrongdoings to his foreign counterparts.

There is likelihood it would affect Najib's personal reputation and develop mistrust towards him. It will most likely worsen Malaysia's reputation too as Mahathir continue his "pencuri, perompak dan penyamun" GE14 campaign slogan to the international stage. 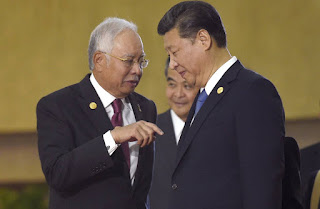 Fifth, the China factor could be most critical because Malaysia is economically dependent on China for export, finance and investment.

Part of the unstated reason the US Department of Justice supported Mahathir's political onslaught of a global scale on Najib through the 1MDB case is believed to be their response to Malaysia's move to be more business friendly than tolerable with China.

On another aspect, rabid exposures of the various China deals by DAP leaders may risk Malaysia to retaliation from China should it permanently cancel and renegade on all the agreements for the various strategic projects made with China.

The cancellation of palm oil and durian orders and China tourists to Malaysia are only a warning that they got what they wanted and is not about to back down. Statements on possible compensation for work done does not indicate China is taking all these lying down.

There is more at stake than Mahathir's change in narrative to be more welcoming to China's investment and justifying the about turn by offering investment terms more suitable for the 1990s than today.

God forbid should there be a looming risk of a clash of the superpowers on Malaysian soil.

No diplomatic narrative by former ambassador to Argentina, Dato Dennis Ignatius could evade the possibility that Malaysia risk international isolation for the irresponsible, excessive and reckless domestic politics of Pakatan Harapan.

More embarassing to Mahathir and permanently detrimental to Malaysia should any of the 1MDB and 1MDB related investigation and charges failed to deliver any meaningful conviction.
at 7/27/2018 11:07:00 AM

only time will tell how damaging mahathir's action to the global standing of our country, the longer he breaths, the more severe damage he have cause to the country

When you start thinking you are the most intelligent and flawless person then that is the start of your downfall however powerful you are. Worst case it may also be the start of the nation's too

Stock Market and the ringgit indicative of bad start for MAHATIR