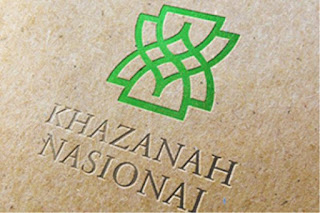 The arguments against the idea is the disruption to the running of smooth running of government, politically motivated move, out dated practise, scepticism over high salary as the basis, and pay peanut, get monkey.

While, the argument for the sacking is financial constraint, loyalty to previous government, top executive self reward themselves, and GLC success is attributable to their government linked than CEO capability.

Be that as it may, a particular comment caught our eye:


If an organisation pays their top executives Singapore-level salary scale but contributes less than one per cent annually to government coffers, by all means, the Trump-style “you are fired!” is justified.

From a mile away, one could spot the target is Khazanah. Who will get fired at Khazanah?

Coincidentally, The Star carried a story on the subject and them today:

According to sources, the Council of Eminent Persons (CEP), headed by Tun Daim Zainuddin, has asked the GLICs to disclose the remuneration payouts of their top leadership team as part of their briefing on what they have done so far.

“They want to understand how the top executives in GLICs are being paid and the benchmarks used,” said a source.

Of all the major GLICs, the remuneration packages of the leadership team at Khazanah Nasional Bhd have come under scrutiny.

“The CEP is deliberating on the benchmarks used to set the remuneration of the leadership team at Khazanah that is made up of about 100 people in the strategic planning group.

“The council is of the view that the success of companies owned by the GLICs is largely due to the government, and hence, the executives do not need to be paid salaries compatible to the private sector,” said a source.

“Major GLICs have furnished the remuneration paid to their top officials to the council as requested. There appears to be no issues with the majority of the GLICs,” a source said.

The remuneration of key executives in Khazanah and other GLICs are based on a Blue Book where there is a transparent structure.

The government roped in Tan Sri Azman Mokhtar, who left boutique advisory company BinaFikir Sdn Bhd which he co-founded in 2002, to head the fund. He has been Khazanah’s managing director since June 2004 and is slated to retire when his contract expires at end-May 2019.

Over the years, as the portfolio of Khazanah increased in value, the leadership team grew.

Among those in the fund’s senior leadership team are Ahmad Zulqarnain Onn and Tengku Datuk Seri Azmil Zahruddin Raja Abdul Aziz, who were appointed as deputies to the managing director late last year under a plan to groom internal candidates to take over from Azman.

A source close to the GLCs said that unlike Ministry of Finance (MoF) appointees to GLCs, the Khazanah appointees do not enjoy the allowances and other perks that come along if they are appointed to the boards of listed companies.

“All the allowances as directors of companies go back to Khazanah,” said a source.

The source said their salaries are what they receive and it is broken into fixed and variable components.

The source said that Khazanah has disclosed the basis of the remuneration to the CEP and how the package is arrived at.

“The salary of Azman is disclosed just like the heads of some of the other GLICs. The remuneration of the rest of the team is something that the major shareholder, which is the MoF, has access to,” said a source.

GLICs recently controlled about 40% of the entire market capitalisation of the entire Bursa Malaysia through their stakes in various GLCs.

Last week during his two-day official visit to Indonesia, Prime Minister Tun Dr Mahathir Mohamad said there would be no more big salaries for those appointed to head GLCs but they would be rewarded with a “big bonus” if they perform. But how much is an appropriate remuneration is a topic open for debate.

The article looks to be a pre-emptive PR exercise by Khazanah.

Over a drink last month with the CEO of GLC, whose not paid top dollar, he said he does not complain over the talk that CEP will be firing the likes of Tan Sri Wahid Omar, Dato Shazally Ramli, etc.

It was a surprise as Azman used to claim Khazanah generated good return for the size of the fund it generated. The CEO disputed the claim as other GLCs managing larger fund are generating much larger return to shareholders and benefit to stakeholders.

Noticeably the article did not touch the subject of return but highlight growth of asset under management.

This blog's critic had always been their inability to turnaround Proton, UEM and MAS. Khazanah was established to invest in strategic industries beneficial for the future of the country.

For over a decade, this blog been saying they did not meet the original objective in the establishment of Khazanah.

The old man still stuck in a time warp