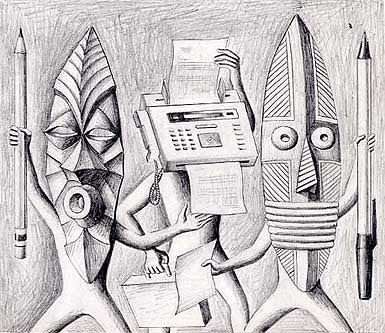 Before retiring in 2003, I had warned that Badawi and his son-in-law would bring chaos and financial ruin to Malaysia. This is on record. No one cared to listen to my dire warnings. Those within the corridors of power chose to wear blinkers. Others were taken up by the spin, “work with me and not for me” without once considering that Badawi’s entire political career was based on the strategy: “survive at all costs to move upwards.”

So skilful was Badawi’s spin that only a handful of us saw through his schemes. He was and remains the political chameleon! UMNO, the various component parties of the Barisan Nasional, and specifically, the Opposition Parties did not even question his credentials to be the Finance Minister.

Blinded by his own agenda, Lim Kit Siang was more than willing to put up with Badawi and his band of spin doctors. Not that Kit Siang knows any better. But one would have thought that an effective opposition would have zeroed in on Barisan Nasional’s Achilles Heel. 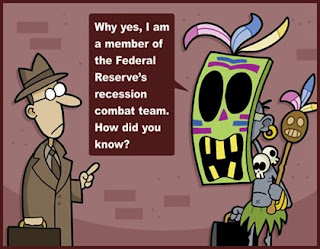 The rationale for Badawi to be the Finance Minister was explained to me by my former colleague, Dato Johari Baharom, who was also a political secretary to the then prime minister, Tun Dr. Mahathir Mohamad. He explained that, “unless Badawi assumes the post of Finance Minister, whosoever is appointed in his stead would soon challenge Badawi, and the challenger, controlling the Treasury would have a formidable advantage - the means to buy the delegates’ votes! Badawi was merely following Tun’s footsteps.”

I was flabbergasted and told Johari that Tun Dr. Mahathir Mohamad had no choice but to take over as finance minister as our enemies within and without were hell- bent to destroy our economy. Those were desperate times and control of the economy was necessary to be centralized to turn the economy around and save the country. Tun stabilized the economy and outwitted our enemies and the rest is history! In any event, it was for a short duration and it was not meant to set a precedent for others to follow.

I reiterated that it would be a grave mistake. But Johari brushed aside my objections.

From then on, I realized that Badawi’s instinct for survival is fundamental to his political psyche. It is also a reflection of Badawi’s insecurity and that is why he cannot trust any member of his Cabinet to hold the keys to the nation’s vault. Given this background, is it any wonder that our economy is on a roller-coaster ride? Read on!

Malaysia’s Budget is submitted to Parliament in September of each year for allocations in the next year. The 2006 Budget was submitted in September 2005 for expenditures in 2006. A total of RM136.8 billion was appropriated to the said budget for which RM101.3 billion was for Operating Expenditure and RM35.5 billion for Development Expenditure.

Something strange happened in November of 2006.

The New Straits Times on 3rd November 2006 blasted in its headlines the following spin:

“Roll out of 20 high impact projects will shore up the economy and boost construction activities.”

On page 6, the newspaper quoted at length Datuk Effendi Norwawi’s explanation for this massive expenditure.

Please pick up the calculator and do the calculations. Where did the extra RM65 billion for development expenditure come from when only RM35.5 billion was allocated under the budget? Alternatively, if RM136.8 billion was appropriated for the entire budget year, how did RM100 billion end up being allocated only in November 2006? 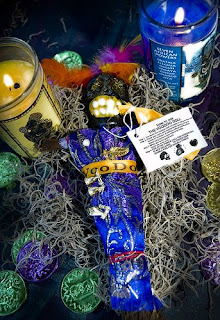 It was only in Budget 2007 that the corridors were mentioned, but only three, namely – “The Northern Economic Corridor”, “East Coast Corridor” and “The Southern Johore Economic region” [See paragraphs 77, 78 and 79 of Badawi’s Budget]. These corridors were introduced to support the “Third Thrust” referred to in the 9th Malaysia Plan (but note that there is no reference to them in the said 9th Malaysia Plan).

The Five Thrusts are:

1. To move the economy up the value chain;
2. To raise the capacity for knowledge and innovation and nurture ‘first class mentality’;
3. To address persistent socio-economic inequalities constructively and productively;
4. To improve the standard and sustainability of quality of life;
5. To strengthen the Institutional and implementation capacity.

And although there were brief references to some road, airport and port development projects in Sarawak and Sabah as stated in paragraphs 80 and 81 of Badawi’s 2007 Budget, there were no specific references to the “Sarawak Corridor of Renewable Energy” and the “Sabah Development Corridor”.

Therefore, in approving the 2007 budget, Parliament only approved a specific development allocation of RM2.3 billion for the Southern Johore Economic region. It is clear from Budget 2007, that not much thought were put into the so-called development corridors. 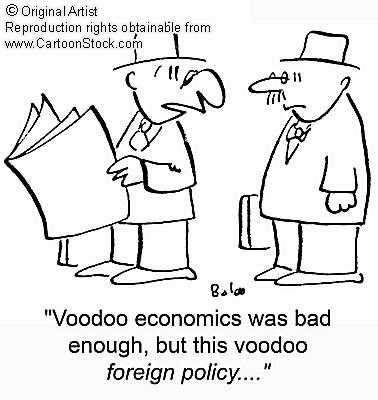 Surprise, surprise! There was only a brief mention of the “corridors” in Badawi’s 2008 budget - to be precise in only two short paragraphs, namely paragraphs 38 and 79.

In paragraph 38, Badawi fleetingly mentioned that there will be an additional RM100 million to the existing RM200 million strategic investment fund for the Iskandar project which was approved in the previous budget.

The Corridors were mentioned specifically in paragraph 79:

“An important agenda of the government is to ensure that development is spread throughout the country. Towards this end, the economic corridor development continues to be intensified, beginning with the IDR and the NCER. I am glad that these two initiatives have been well received by all Malaysians. The East Coast Economic Region, Sabah Corridor and Sarawak Corridor will be launched soon …”

With much fanfare, Badawi has since officially launched the three remaining corridors. Many figures were touted as to the costs for the implementation of these five corridors – between RM800 Billion to RM1.3 Trillion.

Are these development projects mere spin for the purpose of the recently concluded General Elections or genuine initiatives to uplift and assist Malaysians in the present global financial meltdown? 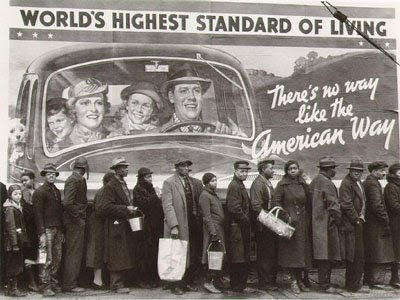 Badawi has just announced that he intends to retire in June 2010. So, will all these projects be implemented and or completed by the time he leaves the political stage, if at all?

I leave it to the readers to judge for themselves.

The recent interview given by Badawi in the New Straits Times on 13th July 2008 may assist us in coming to the right conclusions. I quote:

Q: Yesterday you announced the date of the power transition will be in 2010. Why did you choose 2010 and not any other year?

A: That is the year that the 9th Malaysia Plan (9MP) ends. The year 2010 is also when I hope that hardcore poverty will be eradicated.

Q: Some people say that the two year period is too long while others say it is too short a time for you to complete the tasks to be carried out?

A: Much work has to be done and development must be carried out, work associated with the government’s promises contained in its election manifesto. In addition, there are Corridor development (regional development) that have yet to be implemented.

Q: So, in 2010 you feel everything will show the desired results and success?

A: It is my wish that in 2010 many of the projects would have been completed, they are progressing well.

Wishful thinking or realistic assessments of Badawi’s own capabilities and the government’s sincerity when they have stated expressly that the 5 Corridor projects span a period of 12 years or more and cost between RM800 billion to RM 1.3 trillion?

This is not the first time I saw this article on blogs. And also, I found other articles that gives another spin to Matthias Chang:

"Matthias Chang is up to his usual spinning, but I guess we have to grant him his space to grunt and moan. I guess if Pak Lah had made him his Political Secretary, Matthias would be singing a different tune today…one only has to ask the Chinese community about Matthias to get a true picture of the man when he was political secretary to Dr M, still haven’t heard a good word from them yet about this Matthias.

Coming to his article ABDULLAH BADAWI'S "VOODOO" ECONOMICS, he seems to question Pak Lah’s credentials to be Finance Minister, funny how he forgets that neither Dr Mahathir nor his nemesis Anwar Ibrahim were economist either, and both used their positions as Finance Minister’s to strengthen their positions in their party, I have never heard of Matthias criticizing them…hmmm…I wonder"

Probably for a fact Matthias has to understand did AAB come from an economic background? Hmm. What is the use of the Finance Minister then? Under AAB, that is how things are done, delegation of work :P Might or might not work, but it is indeed a change from the authoritative clasps of Tun M.

"Sir matthias chang is SO guilty again of selectively blogging and selectively condemning the parties whose not on his own best interests. Aiyoh, what sort of credible reporting is this lah? I notice he slams AAB (repetitively), but what about Tun M. Oh yeah hor (based on that 1st commentor), matthias was on Tun M's side...