"Fasten your sealbelt, Its going to be a bumpy night" 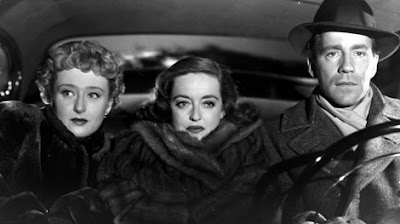 That was a famous line by the character Margo Channing played by Bette Davis in the movie classic, All About Eve. It encapsulate the pathetic situation of the Malaysian economy recently worsen by the sharp rise in oil prices.

Over lunch yesterday, a contractor friend told us he had to return back all his on-going project in hand and take whatever progress payment he could lay his hand on. Another friend facing red tape for the release of his loan is facing problems with building material supplier to start his F&B outfit. Every suppliers prefer to sell their inventory later than today and insist any sales on cash. One tourism service provider was nervous over the declining in-bound tourist.

This is but among the growing concerns of the people everyday. Eventually, with confidence on a low ebb, consumers will hold back spending. It will have a debilitating impact on the economy since the domestic economy have contributed to past economic revival.

The Star's report on latest OSK Research stock analysis is seeing the people bracing themselves for a consumption crunch.

THE shrinking real value of the ringgit is one of the most talked-about issues of the day.

Indeed, it was the subject of the debate between Information Minister Datuk Ahmad Shabery Cheek and PKR adviser Datuk Seri Anwar Ibrahim on Tuesday night.

The reduced value of the ringgit can be observed each time a car owner pumps petrol – he's getting much fewer millilitres for each ringgit than before. That also applies to other goods, especially food, for which consumers have to pay more nowadays.

Economists and analysts assume that consumer spending behaviour is such that following a substantial rise in inflation, consumers will spend less.

At this moment, visibility is still low as to the level of consumer spending in the current second half of the year. Up till the second quarter, consumption is believed to have continued to be robust.

In the first quarter, for instance, the services sector which principally serves consumers, was the main driver of economic growth, according to Bank Negara.

Since then, conditions have changed. In the last couple of months, petrol prices have soared over 40% while food prices have also climbed at double-digit rates.

Although the headline inflation rose by 3.8% in May, according to Bank Negara's latest data, prices for food and non-alcoholic beverages rose by 8.2%. The higher petrol prices will show up in the inflation numbers from June.

Slower consumer spending will impact economic growth in which it has been a key component.

As OSK Research put it in its report “As Dark Clouds Loom”, consumer spending accounted for 53% of real gross domestic product (GDP). It has become the single biggest component of the GDP.

OSK noted that the low- to middle-income segment of consumers had a higher propensity to cut back on consumption. 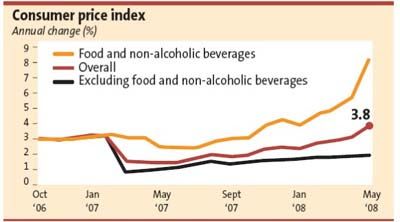 “With the fuel component making up a sizeable proportion of their disposable incomes, these consumers are likely to opt for cheaper substitutes or resort to inferior goods,” the brokerage said.

Consumer behavioural patterns will also force retailers of non-essential goods to offer discounts, which will reduce their profit margins. Furthermore, their costs have also increased.

Hence, in that report on the retail consumer this week, OSK downgraded the sector to “neutral” from “overweight”, and made deep cuts in its price targets for retail stocks.

On a similar vein in its “Malaysian Consumer” report last week, JPMorgan said consumers would be “heading back to bare necessities”.

It concluded that companies that sell discretionary goods would be the most affected while those that served staple goods.

The Anwar-Shabery debate was a great step forward in democracy. Don't give much credit to the so-called economic debate by two politicians with academic background in Malay Studies and Political Science.

Lets get back to real life.

Both did not deliberate the reduced oil subsidy corresponded with a RM30 billion increase allocation for 9th Malaysia Plan. That extras RM30 billion is now at the disposal of the lame duck Prime Minister and family.

With an economy languishing at the 5% level for the past 5 years as compared to the 7-8% growth we are accustomed to, how much of the RM30 billion will used to bring growth to boost real economy and that can be translated into improving personal income? Or it is merely more construction and physical development that only benefit few?

Don't blame the consumer. The Government announced cutback in expenses and overhead. Interest rates is expected to rise by year -end to quelch a self-inflicted push inflation. That will not help economic growth too.

Tell me Tingkat 3. Where is growth to come from to revive the economy? Can we rely on a natural process of free economy without intervention from any segmenet of the economy?

If Anwar was pro-IMF in stifling the economy with his monetary dan fiscal policies, is there not truth in his rebuttal that the current administration is also one?

In your opinion, who won?

The truth in his pro-IMF policy exist. But the implementation to the policy is doubt to improve the economy of our country.

His previous suggestion was to take loans form IMF during economy crisis in 1998 had angered Tun Mahathir when he became the DPM. Tun had argued with the excuse which the funds of petronas should be used by the country to regain back the stability of our economy growth which is prove to be the most earliest asian country awaken from the economy crisis.

I doubt that if his suggestion of reducing 50 cent form the existing fuel price could be done.

realting to wisdomthinker's post..
I wonder what will happen to Malaysia if we actually agreed back then to take the route to IMF.
The possibility for us to end up like Indonesia or Thailand is possible.
And now, Anwar had came up with ideas to reduce the petrol's price by 50cents. Well, in that case we have to put hold most of our other projects just to support that idea. Then when the time comes, when the hike is inevitable then by then our country will be crippled so bad that we won't be able to wake up from the dreaded reality.

In my opinion, TV rating won..haha