Does it take another TBH for SC to be sensible? 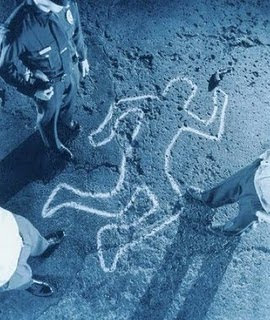 According to Rocky Bru here, Dalila was requested to report to SC's office not once but twice - morning and 6 pm.

The SC intimidated Dalila by threatening to throw some Clause under some Act at her. That could land her in jail and a RM5 mil fine if she did not surrender her handphone and SIM card to them.

Editors, veteran jourmalists and NUJ are not keeping quiet and slammed SC for their indiscretion.

The manner SC is flexing their power, despite the outcry by journalist and bloggers, it is as if they are looking forward for a similar incident like the death of the late Teoh Beng Hock.

Newspapers and magazines shouldn't buckle to such threat and intimidation. They can retaliate to expose suspicious indiscretion and improprietary done by SC, particularly Chairperson, Tan Sri Zarinah Anwar.

In the "interrogation" which lasted about eight hours, seasoned business reporter B.K. Sidhu was questioned on a report she wrote on June 17 on Kenmark Industrial Co (M) Bhd trading irregularities which involved the exit of its substantial shareholder Datuk Ishak Ismail.

Veteran journalist Datuk A. Kadir Jasin said it was excessive and the commission had no right, in fact it was inappropriate for the SC to mishandle the journalists.

He added that since journalists were now being questioned by the SC, it was only fair that the Press should closely monitor the activities of the SC.

"Since they monitor us, we monitor them. It is common to be called up by them but the journalists have to be treated with respect and fairness because they are only witnesses.

"If they want the details or help, they need to be nice. When an interview is being conducted by them, they cannot resort to any action that can be considered putting them (journalists) under any pressure," he said.

"Define questioning. It shouldn't be that long as if they have violated something when they were just assisting the commission. I stand with all the editors on this matter," she said.

"It is up to the journalists to assist or not, they are obligated yes, but questioning them for the whole eight hours is quite a torture. This is not a criminal case.

"Besides, the journalists are writing for the public. They should assist an investigation but they shouldn't be put in a situation where they are questioned for gruelling hours."

The Star group chief editor, Datuk Seri Wong Chun Wai, told The Malay Mail that Sidhu would be visiting the commision tomorrow and would be accompanied by a lawyer, citing he "wants Sidhu to get the best legal advice".

"This is the time for the media to expose what's going on in the SC," he said.

Last Wednesday, Sidhu was called up for questioning after reporting on the SC obtaining an ex-parte injunction to refrain Ishak of KFC fame from dealing with the RM10.2mil worth of proceeds he got from the sale of his shares in Kenmark.

Another journalist from Business Times, Azlan Abu Bakar, was called in the next day.

TBH? I don't think so. You mean our governing bodies are capable of murder? (Shock! Horror!) I thought BN or rather UMNO + Government in particular agreed/insists that TBH's death is suicide. I just hope non of the journalists are in the midst of getting married the next day. It would really thicken the plot.

There's no way me must allow the SC or anyone else to intimidate journalists who are just doing their jobs.

The SC has the entire machinerry of MoF, Bank Negara and the KLSE to get all the info it need on the Kenmark and other cases. Going to the pressmen and women should be the last resort.

Yet they are bullying the reporters and it's even more shameful that they threatened and attempted to pat down Dahlia!!

Disgraceful behaviour from the SC especially since it's led by a lady!!

ive been 'interrogated' by the sc a few times; and the officers were quite alright actually. nothing of what is being mentioned now

its prolly cause im not a journalist? diff set of methods for journalists perhaps?