Connecting the dots of conspiracy 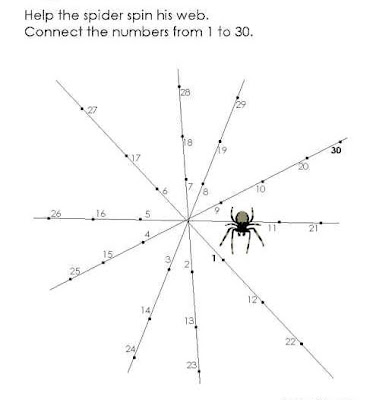 The recent publicity attracted by this blog could be seen as premature because this blog had only began to introduce and establish the characters and issues in the unjustified attack against the Attorney General office, Malaysian Royal Police, and Malaysian Anti-Corruption Commission (MACC).

In our December 15th posting, we were curious to understand the alleged loss at Malaysia Airlines Berhad by former Chairman Tan Sri Tajuddin Ramli of RM8 billion.

The number does not make sense.

It had been bandied around by many but without any explanation and justification. The Wide Asset Unbundling excercise had involved RM5 billion but that is a balance sheet reconstruction excercise. How could losses reach that size? Read here.

Since MAS had always been a favourite story in this blog, we decided to investigate. We investigated beyond MAS alleged losses under Tajuddin.

We knew of the elaborate chess game involving MAS as a pawn by the vengeful and corrupt Minister in the Prime Minister's Department in charge of Economic Planning Unit (EPU), Tan Sri Nor Mohamad Yakcop.

He wanted to victimise Tajuddin to get even for the treatment he received from Tajuddin for putting the Bank Negara Malaysia in financial trouble.

Since MACC's Consultation and Corruption Prevention Panel member Tan Sri Robert Phang on November 30th 2009 (read here) made an issue on MAS reinvestigation, we investigate the other cases and issues he raised.

Few initial findings and hunches can be made.

Firstly, the alleged loss and case by Malaysian Airlines Berhad against Tajuddin Ramli was merely the storyline to do a personal attack on the Attorney General Tan Sri Gani Patail, former Inspector General of Police Tan Sri Musa Hassan, and Dato Abu Kassim and MACC.

Secondly, except for MACC Commissioner Abu Kassim and including Nor Yakcop, every name mentioned and that crops up has link to Anwar Ibrahim. It raises the possibilities that it is part of Anwar's grand scheme to avenge his 1998 sodomy case, improve his perception for the current case, and Anwar's constant political assault on the Government of the day by ridiculing the institutions.

Thirdly, there is evidence and indicator to show that someone was doing a hanky panky on MAS. And we happen to investigate a major hanky panky in MAS by current Ministers.

The revelation of the tip-off that Robert Phang's attempt to bribe a Secretary General was necessary to get public attention to their evil manouvring.

It is similar to the method that Raja Petra and Din Merican employed to get the public to buy into their allegations against the various institutions using falsified allegations against Tajuddin Ramli and their defense of former Police CCID Dato Ramli Yusoff and lawyer Rosli Dahalan.

In both cases, old man Phang was used.

There is a saying that those who live in glass houses shouldn't throw stones. That is exactly what Robert Phang should not have done. A man with a past should keep his past secret. Read here.

The Malay Mail dated January 24th, 2010 deported Robert Phang saying he "has no qualms about relinquishing his post, provided he gets an official letter stating an investigation has been launched into bribery allegations against him."

MACC investigative director Datuk Mustafar Ali confirmed there is a probe. He was quoted saying, "Official statements from both Tan Sri Robert Phang and the secretary-general said to be involved will be recorded this week. That's all I can say."

With that, this blogger does not need to surface to help investigation as challenged by Robert Phang. MACC seems to have known of it.

My source can be rest assured. Just like journalist will not reveal their source, so will this blogger. This Melayu will "biar pecah perut, dari keluar dari mulut."

On January 26th, 2010, Robert Phang announced his resignation. This is despite MACC position few days before that he does not need to resign.

The Sun dated January 30th, 2011 reported that Robert Phang had not officially resign. He has yet to write officially to the Prime Minister. As of today, there is no development yet. Is he playing games?

Advisory board member Tan Sri Simon Sipaun, who share with Phang concern over Gani Patail's explanation on his Haj trip, was reported to have said, “Phang is a more vocal person than the rest in the panel and probably this could have triggered the allegations. I don’t know, I could be wrong on this.”

There is nothing wrong with being vocal, especially involving bribes and corruptions. It is wrong making noise over something than cannot be substantiated and justified. Robert Phang acknowledged that he is concern with perception.

Robert Phang's noises is condemning someone, helping to repeat allegations and create public perception out of untrue happenings, and playing games without the due process of law being allowed to take place.

Remember that he is a Tan Sri with influences and network of freinds. He can;t simply shoot his mouth as he please. 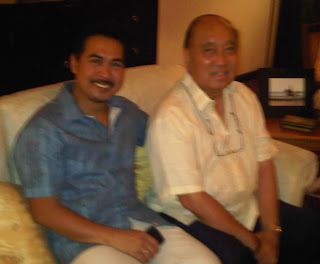 In our January 19th 2011 posting, we asked how Robert Phang could secure the information of Gani going to Haj with Shahidan. This is important because Robert Phang made a big brouhaha over a petty and personal event of Gani's Haj trip with Shahidan.

To make the excuse that anyone could just go to that travel agent and sign up to go for the Haj, it will not be convincing to many.

It also means someone must be together in that trip that knows Gani and Shahidan. That person is Farah Adiba and her husband. Farah is sister to lawyer Rosli Dahalan. Will that explain the picture above of Rosli and Robert Phang together?

Rosli must have been told by his sister or her husband of the presence of Shahidan and Gani together. He definately extended the information to Robert Phang and to make a mountain out the mole hill.

The question that has been bewildering this blogger is why must Rosli make an issue out of Shahidan's friendship with Tajuddin?

As we wrote earlier, Shahidan is not a related party to Tajuddin in any way one look at it. The law is clear there. He has never acted as lawyer to represent Tajuddin. The family relationship is too much a case of bau-bau bacang.

Shahidan has no problem to maintain a personal friendship with Gani. He developed it from working relation with Gani in his days in the police force. He is in the mid-50s as compared to his cousin Rizani who is in her 40s. Rizani is married to Tajuddin's brother, Dato Bistamam.

Shahidan, Dato Ramli Yusof and Rosli Dahalan were contemporary when all of them were doing law at the Islamic International University. What made them fall out with one another?

In Raja Petra story, Shahidan was allegedly the link to show that there is a collusion between Tajuddin Ramli and Gani Patail to clear Tajuddin of any wrongdoing which Ramli Yusoff feels otherwise. It looks to be a necessary added spin to reinforce their allegation.

Perhaps .. but it reinforce something on Rosli Dahalan. That's for later postings.

Before signing off, there is another character that need to be established and connected since Robert Phang raised also about him.

He is Dato Mat Zin Ibrahim, the former Kuala Lumpur CCI and his superior and friend was Ramli Yusof.

Dato Mat Zin raised about the mata lebam incident to implicate Musa Hassan and conjuring up new allegations about DNA testing. It only confirms the hunch that he is linked to Anwar Ibrahim.

The link through Mat Zin connects the dot to an Anwar mole inside UMNO and his "partner in crime" who is now a lawyer and is close to a usefull judge. This revelation will only surface when we reach the part on Mat Zain allegations.

Interesting. You have done a great amount of research to be able to link all those mentioned. I hope and pray that Allah will show who is the victim and who is the master culprit. It is unfortunate that human, more so Muslims have to resort to all these manueverings, lies, etc etc just to be rich, famous and influential. At the end of the day, judgment day will come and nobody is able to escape.

May Allah swt bless all of us in this world and thereafter.

Can anybody who likes UMNO do research?

You started objectively but then thats where the UMNOness started to show. Instead of trying to justify the $2 B loss that MoF had to pay to buy out Tajuddin's share, you just ignored it. You ignored as well the increase in gearing or the small anectode that it was MAS management itself who put in the RM 8 billion figure. Not RPK. Not Phang. Not Din Merican.

This blog likes to attack Air Asia which is fine. It likes to claim it defends the Malay's rights in business but then it goes and does a complete u-turn and supports Tajuddin Ramli who has been accused by a major Malay airline company of costing it RM 8 billion in losses.

Tan sri Ghani and family join Zamrud package under Tabung haji.The cost of the package is $65,ooo per person.I think he paid the package from his saving.No body notice about Shahidan present in the same package until when it was publish in RPK Malaysia Today.Suddenly he started to received a lot of sms condeming him for going haj with Shahidan.

Tabong haji Travel openly apologise to Tan Sri ghani and the CEO of tabong haji admit openly that they are still investigating who take photograpt of Tan Sri Ghani detail including his Hand phone and sent it to RPK.I dont think this is the work of farah who is link to Rosli Dahlan.Read the posting on RPK.

My guest it was the PM Tun Mahathir who stop Tan Ghani from taking action against Tajuddin considering his sacrify to save Bank Negara from Bankrupt by buying MAS Shares.I agree with you that the Culprit was Tan Sri Noor Yaakop.

I cannot imagine why SC refuse to allow Tajuddin to redeem his TRI (celcom)shares from Danaharta after he sold back his MAS Shares to Govertment.Tan Sri Noor Yaakop instruct Danaharta to sell TRI shares to Telcom Malaysia.Tajuddin not only lost his celcom business to telecom but also lost almost $1 billion ringgit park in NaluriBhd.

On the Instruction from Noor Yaakom,Danaharta sold Naluri Bhd shares to Atlan owned by George Lim,the man who screw up Bank Bumuputra and Habib bank in the 80under his company Scott Leasing.Ask Dato Raja Aman who was the ceo habib bank then.

I agree with you totally that Tajuddin did not cause MAS lost $8 billion ringgit.In fact MAS never lost that much.It was Noor Yaakop idea by using BinaFikir boy,Rasdan to structure MAS.

That is the main reason why tajuddin sue Danaharta,Azman yahya,CIMB and the govertment for $13 Billion.

we the Malaysian voters have the right to know everything from both side before casting our votes.

now this is what we call democracy and transparency.

What does gearing got to do with RM8 billion loss? Gearing is balance sheet issue. Get your accounting right!

Where in MAS account showed the loss during Tajuddin's time is RM8 billion. I've been asking for a whole month!!!!

I attack Air Asia on facts and information, just like I will attack the necessary culprit that caused Mas losses.

You made some nice points there. I did a search on the subject matter and found mainly people will consent with your blog.