Why still no Jho Loh lawsuit against NYT?


The last time this blog wrote on Taek Jho Loh or Jho Loh was on February 12th here. It wasn't about his lifestyle paid by his Arab clients. That is widely available out there. Make sure to read the first publicity of Jho Loh by New York Post [read here].

It was about the exposure by the New York Times. The article [read here] was a blatant spin to smear him. Separated and disjointed events were written in one story telling style article to mislead the readers into believing it is all linked together.

A similar style to George Soros-funded Sarawak Report (SR) that was used by other pro-opposition sites as reference. SR serve as feeder to create slanderous reports. While other friendly media quote them as though it is a reliable reference from legitimate source.

Jho Loh was urged to sue NYT and by right, sue SR too. Till today, no response just like 1MDB's silence to criticism and public enquiry. Something should be coming out soon from 1MDB but Jho Loh still not done the suing to clean his "good" name. 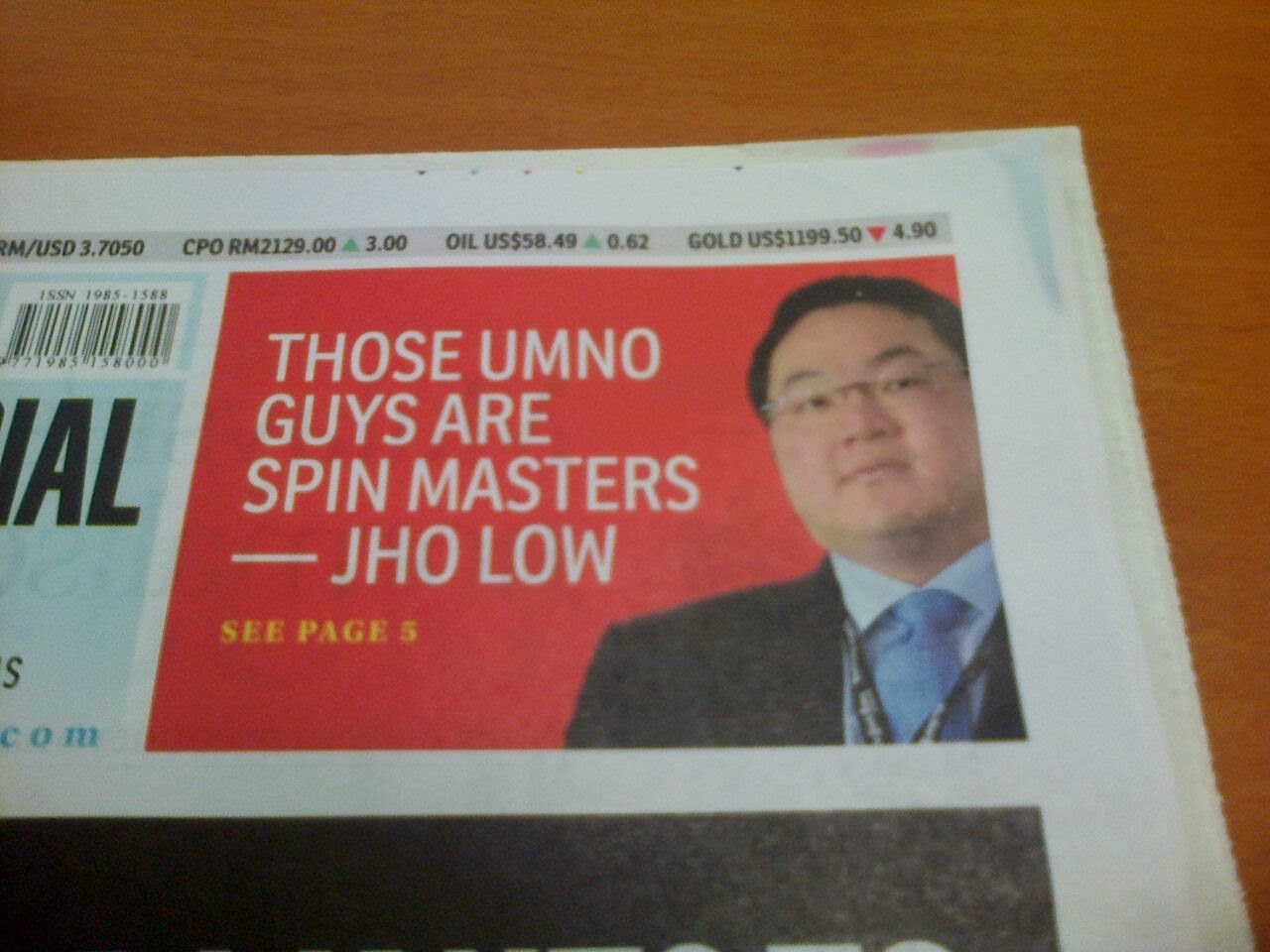 Jho Loh have since given an interview with Euromoney and The Edge but that is self serving. He is not interested to be a winnable candidate but to remain as a "bankable" businessman.

To get public attention and support, he picked on a Pemuda UMNO leader to call them racist and painted them as racist. How convenient?

The Pemuda UMNO leader is voicing public concern and it is only logical to demand answers. Why is Jho Loh not picking on The Edge, TMI, MMO, Kinibiz, The Star, NYT and SR for making unsubstantiated allegations based on anonymous sources? 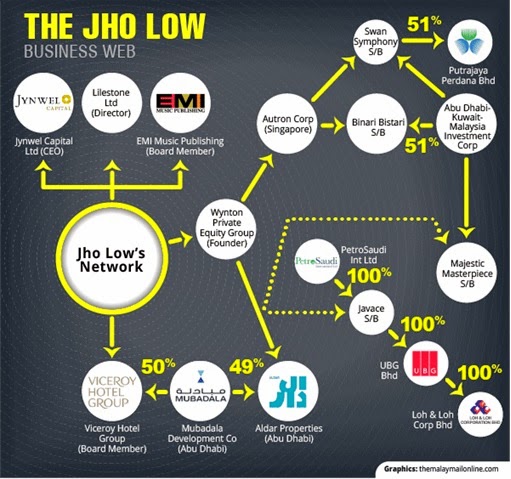 The above network was established by all these efforts. Some part could be true but some could be false or fabricated. Why did he not sue them for the false accusation and fabricated ones?

No self respecting graduate of a Wharton School of Finance, University of Pennsylvania would do such a thing. Not even a local Malaysian graduate or a humble unschooled Penang Chinese businessman would do such a naive thing. Why allow them to make such allegations?

Maybe it is done but in such a complicated manner that is not supposed to be detected. That only made them get better.

SR alleged in February that some USD700 million was diverted out of the IMDB-Petrosaudi deal [read here], presumably into Jho Loh's account.

His foreigner collaborator has a sensational Hollywood lifestyle with Lindsay Lohan as girlfriend [read here]. SR painted as though Jho Loh's international clientele is losing faith with him as Jho Loh's contact man was removed [read here]. Without divulging much, there could be some truth to the talk that Arul was sent by them to 1MDB to clean-up or they pull the rug from under their carpet.

This sort of allegations spoil Jho Loh's reputation among bankers. His interviews has been only to deny but that is not convincing. He should sue the buggers! 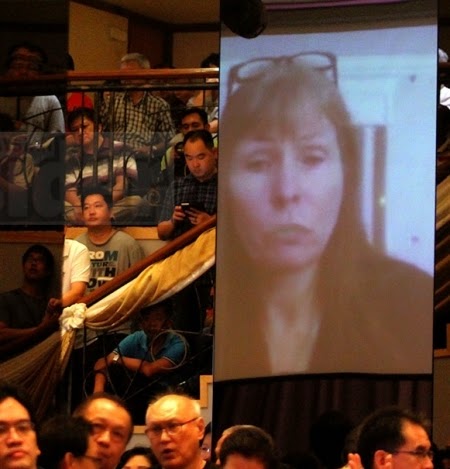 Maybe Clare have not been getting the information that was allegedly leaked by a group of pro-BN bloggers in Sarawak. Since they were responsible for the leak, they discouraged any attempts to debunk SR.

Finally, she did try to put Jho Loh at loggerhead with Pehin Sri Taib Mahmud's family. [read here and here]. TMI also have one here. That could possibly be the reason Jho Loh is being targetted.

The fact that Jho Loh said he had not done anything illegal implies it does not mean he is innocent and a sincere businesman with such yearning to help the country by sponsoring Gangnam concert in Penang.

Maybe he can tell us something of his relation with the following person's husband:

Tengku Rahimah is one of the early Director of Terengganu Investment Agency that was the predecessor to 1MDB.

She lives in Ampang, Kuala Lumpur and used to work for HSBC London and Esso Malaysia. Currently, she sits on the Board of Puncak Niaga Berhad [see here] and involves with cultural work [read here].

The husband is said to have fled for Australia. Why?

Jho Loh can also answer what happened at TIA then. That is the reason why this blog believed Jho Loh is a question that needs answer. Tun Mahathir also spoken about him.

Till he sue NYT and SR, the public will judge him for his involvement in 1MDB as guilty until proven innocent. To clean up 1MDB, the long arms of the law should do the necessary of Jho Loh.

The reason why J Lo is fearless? When he starts to sing Najib,UMNO and a lot of friends will be implicated. The IGP will have to get really busy!