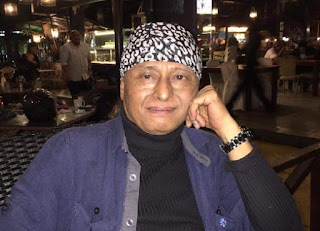 
Freedom found in singer from Kuantan, Seha the ingredient for commercial success.

Heavy Machine was never a commercial success but it had a somewhat cult following in JB as THE rock band in the 1970s. Growing up in JB, Heavy Machine was the talk of teenager, hippies and followers of what was described than as underground music genre in JB then.

Every other Johoreans whose into the rock music scene back then swore that they were the nearest best thing to Led Zeppelin, Deep Purple, Grand Fund Railroad, etc.

Due to it's proximity to Singapore, JB was quite up to date then with the latest music from the West. If memory has not failed us, Heavy Machine was known to have participated in a Woodstock-like rock festival in JB back then.

There was this urban legend that JB boys had traveled and buskered in Europe to be later identified and performed live as sessionist for reknown rock bands in the West. Whether it is true or not, only Kluang boy Dato Shake made it in France. He was no rocker.

That is the very reason that most of the popular rock band during the 80s to 90s Malay rock era including Search and many others came from JB.

So it was a shock to us to see Heavy Machine performing the theme song from SWAT on RTM TV in late 70s. It was a heresy and commercial cop out. Now that we are elderly, we understand the need to make a living

The passing of Ghani Karim is a reminder that father time has caught up on our generation. An icon during our growing up days has passed. It is time to move on and pass the torch to the next generation.

Thank you, Ghani Karim for giving color to our life and music for our young rebelion soul. And, later music to a young working adult seeking relief from stress.

Alfatehah. I remember arwah Ghani. Also remember that song, "Sama mengejar mimpi". This is sad news indeed.Thanks for posting this.

SAHIH INTERNATIONAL
2:155 And We will surely test you with something of fear and hunger and a loss of wealth and lives and fruits, but give good tidings to the patient,

SAHIH INTERNATIONAL
2:156 Who, when disaster strikes them, say, "Indeed we belong to Allah , and indeed to Him we will return."

SAHIH INTERNATIONAL
2:157 Those are the ones upon whom are blessings from their Lord and mercy. And it is those who are the [rightly] guided.

May Allah rest his soul in peace..Amiin.

Freedom was the first cassette I bought in my life. At that time I was only 13 and have to collect 50c each day by skipping breakfast. It took more than 2 weeks to have enough money and I still remember, the cashier was very upset with me because I simply dump a bunch of coins and 1 ringgit note to her when I purchase the cassette. Couldn't help after 2 weeks of collecting coins.

I memorized all the songs in the entire cassette. In the cassette, he sang one song, Si Minah Blues. So much of the memories.