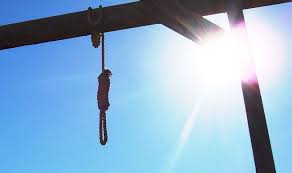 There have been so many developments on 1MDB or SRC or related to 1MDB but at times not directly but it is still does no affirm anything substantive. Only bad management or administration.

If one goes through the process of elimination on the possibilities, it's hard to accept that Najib pulled the trigger and gun is still smoking. What ever argument presented is merely politically motivated. Does not stand the legal test.

It's needs a lengthy explanation to convince but why bother. The three developments according to Kit Siang's webmaster are:


• The withdrawal of the BSI Bank’s status as a merchant bank in the city state by the Monetary Authority of Singapore for “serious breaches of anti-money laundering requirements, poor management oversight of the bank’s operations and gross misconduct by some of the bank’s staff” and the reference of six members of the BSI Bank’s senior management and staff to the public prosecutor – after investigations into the 1MDB scandal in Singapore.

• Commencement of criminal proceedings by Switzerland’s Office of the Attorney General (OAG) against BSI SA Bank for allegedly failing to prevent offences linked to 1MDB, including offences of money laundering and bribery of foreign public officials. Swiss authorities believe at least RM4 billion in Malaysian state fund had been misappropriated as part of their investigations into 1MDB scandal.

• Resignation with immediate effect of Swiss Bank BSI’s Group CEO Stefano Coduri following the announcement by the Money Authority of Singapore on the closure of its Singapore branch and criminal proceedings by the Swiss OAG in connection with their 1MDB investigations.

The closing up of BSI in Singapore is serious. According to Bloomberg report found on The Edge website here, it is linked to 1MDB:


The Monetary Authority of Singapore (MAS) said it is withdrawing BSI Bank Ltd’s licence for breaches of money laundering rules as the Swiss attorney general said he is taking legal action based on information from criminal probes into 1Malaysia Development Bhd, or 1MDB. EFG International AG is proceeding with the purchase of BSI from Brazil’s Grupo BTG Pactual SA at an undisclosed reduced price.

The actions are part of the global money laundering and embezzlement investigations surrounding 1MDB ....

The last sentence puts it as surrounding 1MDB.

Thus far many other foreign investigations including the ones Dato Khairuddin and Matthias did only photo op in front of various foreign enforcement agencies, are investigating issues outside 1MDB but related to 1MDB..

Hmmm ... will that pull the noose on Najib?

Never mind we are patient enough to wait. And we can analyse the information below received on our Whatss App:

Keeping a record of he two persons currently charged with various offences related to BSI and 1MDB relationship.

1st Charge (April 22): Buying a property using illegally acquired funds where he received SGD200k in a Bank of China account which represented “benefits from cheating.”.

2nd Charge (April 28):  Cheating BSI by concealing that he would receive some US$1.6 million per year. This sum, according to the charge sheet, was a portion of the annual management fee paid by 1MDB's wholly owned Brazen Sky Ltd to Bridge Partners Investment Management (Cayman) Ltd.

3rd Charge (April 28): Attempting to pervert the course of justice by asking a Mr Goh Sze-Wei Samuel to say the USD1.6m money was his investment.

4th Charge (May 5): Cheating BSI by hiding the fact that he would receive a portion of the fees paid to Pacific Harbor Holdings via Bridgerock Investment, a company that Yeo owns.

5th Charge (May 5): Preventing the course of justice intentionally by  asking Kevin Swampillai to lie to the police about a sum of money which had been transferred by Samuel Goh Sze-Wei to Bridgerock Investment Inc and GTB Investment.

6th Charge (May 5): transferring $500,000 from a Malayan Banking Berhad account in the name of Bridgerock Investment Inc to an Oversea-Chinese Banking Corporation (OCBC) account. The court documents have declared that this amount "represents his benefits from criminal conduct".

7th Charge (May 12 ): forgery by fraudulently signing a reference letter to the EMEA head of anti-money laundering and sanctions compliance of Citigroup to dupe them into thinking the letter was signed by the authority of BSI Bank to facilitate a transfer of US$11.95 million (S$16.3 million) from SRC International (Malaysia) to Affinity Equity International Partners.

8th Charge (May 24): Cheating BSI by concealing a portion of the fees he received from Pacific Harbor Holdings (PHH)

9th Charge (May 24): Cheating BSI by concealing a portion of the fees he received from Devonshire Capital Management (DCM).
--
Person two: Kelvin Ang from NRA Capital with 1 charge:

1st Charge (Apr 20) for corruptly giving a gratification sum of S$3,000 some time between 2013 and 2014 to research analyst Lee Chee Waiy to expedite preparation of a favourable valuation report to be issued by his equity research firm.
---
Separately, the Singapore branch of BSI was asked to shut down due to multiple and repeated breaches - totaling 41 counts over the year.

A MAS audit in 2011 found policy and process lapses and weak enforcement of control functions.

A 2014 MAS Audit also found serious shortcomings in its due diligence checks on assets underlying the investment funds structured for its customers.

While a 2015 audit found multiple breaches of anti-money laundering regulations and pervasive pattern of non-compliance.

So far, none of the charges - whether here or in Switzerland are direct to 1MDB officials which is why 1MDB said today they have not been contacted by any investigators from Singapore and Switzerland.

Switzerland has also been investigating a former 1MDB official (which does not seem to be related to any high level persons in 1MDB past or present), two former officials of Abu Dhabi Govt and the BSI bank officials for non-compliance.

Maybe it is useful as information from the other side of the coin which is not politically sensationalise.

Every other foreign media report loves to put the phrase "linked to 1MDB" even though it does not involve 1MDB but something happening outside 1MDB and still not established it involves management or leadership of 1MDB.
OK we got to go.

Off course, expect the issue of 1MDB's Brazen Sky account at BSI be raised. It is the fund unit meant for the IPIC debt for asset swap that BNM insisted it be returned to Malaysia but resisted by 1MDB to the point of willing to pay administrative penalty.

Those following are already assuming there is a fraud involving payment to the presumably fake IPIC BVI subsidiary account. And, the swap deal will not happen.

Nazir Razak is a money launderer!

Dont forget money laundering by Najib and his brother Nazir of 28 million.
BNM should get cracking even though all the monney has gone.
Receiving money from unknown sources and disbursing it to unknown people is money laundering.
Nazir have admitted to it and plead regret.
This is a mitigating factor but the fact is that the CIMB chairman have laundered money
through his personal account.
He is not fit be Khazanah Director, involved in malaysian banks management.

Anonymous said...
This comment has been removed by a blog administrator.
8:29 PM

Not here even how solid and informative your arguments are. FOlow decorum in commenting.

Just bear in mind, if Singapore financial authority themselves did not attempt to link any misconduct from 1MDB, who is Sarawak Report to assume that?

Sarawak Report has repeatedly make erroneous and flawed statements when they teamed-up with Dr Mahathir and his anti-Najib team intentions are mere malicious to politicise any link to 1MDB even without hard evidences but just assumptions and allegations.

Is this the bsi bank that was said to keep the just units 1mdb units and later was denied by the bank itself but now it was closed down?

1MDB is now being eclipsed by The Panama Paper scandal and a global financial meltdown is expected throughout.Notwithstanding BSI closure ,Swiss Authority findings and Singapore Authority, the Panama scandal will torment the entire global financial institutions and nothing can stop.