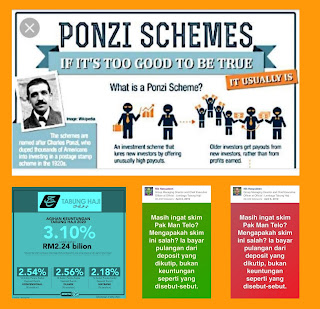 In the previous postings, curiosity on the trading of Top Glove led to suspect that EPF's surprising return of 4.9% to 5.2% could be either a Ponzi scheme like operation to discourage withdrawal or the return from script lending to foreign funds to short shares and bash the Malaysian market down.
Investopaedia described Ponzi scheme as below:

Back in April 6, 2019, the current CEO of Lembaga Tabung Haji (LTH), Dato Nik Mohd Hasyudeen Yusoff tweeted in Malay to be translated as:

Remember the Pak Man Telo scheme? Why is this scheme wrong? It pays dividend from deposit it collect, not from the profit as per their claim. Similar in meaning, right?

Now that he is CEO of LTH, he is probably doing exactly it. 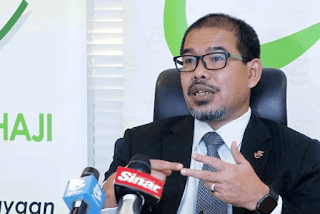 That was Nik's comment when he was outside and leading a local audit firm and heading some accountant association.
Nik gave supportive words to the turnaround effort led by his predecessor Dato Zukri, and Director and professional accountant association collegaue, Dato Zaiton Hassan.
He made the accusation towards LTH then based on his Accountant gang wrong interpretation that LTH then had insufficient distributable income. Thus the claim dividend is paid from deposit received.
LTH had just announced Hibah or Islamic dividend of 3.1%. The dividend have been on a slide since the heydays, but it is still better than the 1.5% it once announced during the destructive restructuring.
It was a low hibah by design after doing the kitchen sinking, strip LTH of its assets to the grin of Lim Guan Eng, and slow death of LTH for Islamic banks to benefit in the way Tan Sri Zeti of IKDMIC link wanted.
All meant to destroy the Islamic institution inspired by Zeti's late father, Professor Ungku Aziz. 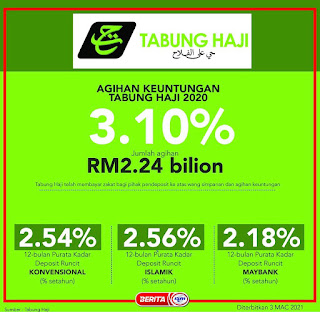 At a glance, no one would suspect anything funky given it is lower than so-called "top fund manager" EPF and ASB of PNB. 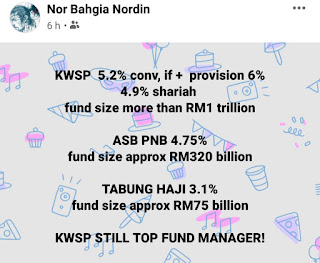 It is somewhat within expectation that LTH would come out last thus it is presumably as genuinely correct.
No sirree ...
A Facebooker got hold of extract of the auditors report: 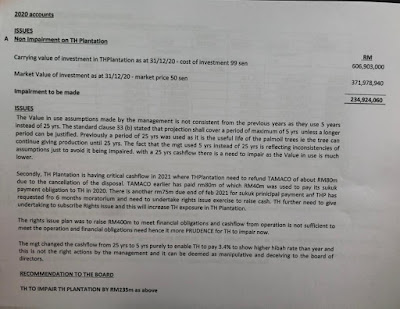 There is impairment to be made of TH Plantation for RM234.9 million but that is not the gorgeous bit unless one wish to raise or spin an issue on its asset below liability. They claimed LTH then was so thus Hibah should not be given.
Actually their interpretation were propagandic in the sense the stress on a certain clause of the TH Act or accounting principle but was not a wholesome assessment and ignored other clauses and principles.
That is not the homerun issue but those interested could read back past postings in this blog. 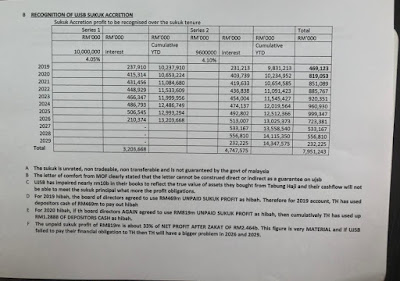 The more glaring infringement is on Hibah itself.
The table of interest payment of the Sukuk Accretion came with the note on the questionable realiability of the payment due to LTH.
UJSB is supposed to pay LTH the return of RM753,214 but all amount due will only be due in 2026 and 2029! 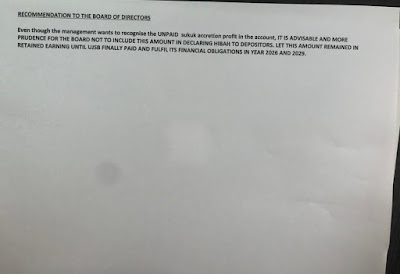 The Facebooker went further to highlight the above:

TH made RM2.3 billion for 2020 but UJSB had not paid RM0.8 million, thus the distributable profit is only RM1.5 billion.
Where would LTH get the money to pay if it is not using depositor money?
This is interesting because Zaiton and gang including Nik Hasyudeen used to claim that dividend to receive but not paid yet cannot be considered as profit that is distrubutable. They even questioned the trading (buy and sell) of Bank Islam cannot be considered as profit despite existence of buy and sell documents and cash paid.
Now Allah is paying them cash for the lies they spewed and oppression imposed on the previous management. 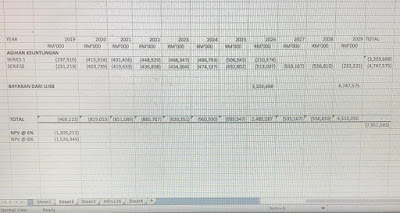 They paid out RM819k compared to the payment by UJSB in year 7. By applying Net Present Value calculation, the actual value is less.
NPV is the difference between the present value of cash inflows and the present value of cash outflows over a period of time.
A good soul did the calculation and send the finding. For advancing the hibah without money being paid by UJSB, LTH will lose RM1.3 billion at NPV@6% or RM1.5 billion at NPV@8% should this Ponzi scheme like Hibah continues.
Perhaps it is by design to make LTH bankrupt in 7 years.
Negative over negative turns a number into positive. However, two wrongs do not make it right. They are wrong now and their allegation then and interpretation were wrong with malice intention.
Will Muhyiddin government has the guts to do an RCI?
Pity for Nik ... whole life of building a career based reputation, filled with integrity and these days compulsively preachy, but now this. Talk on his business practise in client relation has surfaced. Professionalism, huh?
Nik has yet to respond to the FBer issue raised on March 2nd. Why the silence?
at 3/07/2021 03:25:00 PM