If I don't hear Hindu Sangam criticise the Basel Christian Church, I am calling them ... 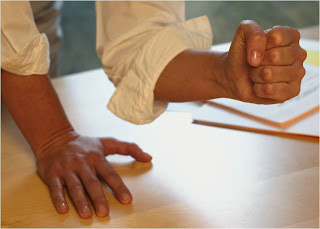 Rev James Wong of the Basel Christian Church of Malaysia in Sandakan was reported by yesterday's The Star dated November 28th, 2008.

“Why must you get involved in a practice that has an intimate connection with a religion or religious belief?”

I agree with the Reverand and it is fairly relevant to Muslims. Writer Syed Akhbar wrote of his conversation with his friend, a Christian:

Yoga asks you to focus inside, on your Self (or into your Self) to motivate your body's own inner strengths. He said this was against Christian teachings where you are supposed to draw strength from God (and not from your Inner Self etc).

Islam differ. We talk of taqwa or submission to God. Ones level of spirituality or closeness to God corresponds with ones inner sense of taqwa, reda, etc.

Hindu Sangam and the western liberal Sister-in-Islam made statements and the MSN played up the edict of the Majlis Fatwa Kebangsaan. Will they do the same now? I demand their position on the statement of Rev James Wong of the Basel Christian Church of Malaysia. With this new revelation, I demand MCCBHS to reprimand either Hindu Sangam or the Christian Church.

I admit Majlis Fatwa did erred but it is relatively minor and they are not wrong here. For communication graduate, Norhayati Kaprawi of SIS to comment, I suggest she start having mirrors in her home for they are authorised and experts. You have no locus standi and credentials!

Before I touch on the Majlis Fatwa, this article by blogger Pesanan is a good read. He gave a simple explanation on religous rights from the Constitutional and Quranic perspective, and addressed the twisted views of the liberal. Be forewarned, the blogger, Pesanan only entertain comments in Bahasa Kebangsaan.

Such groups like the Article 11 people are famous for twisting our understanding of religous rights through half truth and avoid confronting real issues by disguising it with their "me-think" western philosphical ideas. Out of their own ignorance and simplistic intelligence, some bloggers bought it hook, line and sinker.

In their statement, Hindu Sangam made stated below:

It is regretted that the National Fatwa Council did not consult with the Malaysia Hindu Sangam first so that the religious and non religious aspects of “Yoga” could have been explained to them.

If Hindu Sangam said, "The Malaysia Hindu Sangam respects the right of the National Fatwa Council to give guidance for persons professing Islam on the tenets and practices of Islam.", what the hell was said above?

Is this a human with brain talking or a snake twisting a victim? Apologise, if that is taken as racial slur, for it is not meant so. They have expressed themselves in a twisted fashion. WTF! What business of Hindu Sangam to think they are the superior for the Majlis Fatwa Negara to report to?

They have no jurisdiction. Without reservation, I say Hindu Sangam have no locus standi to make claim to represent all Hindus. Their statement should be considered as representing their members and Association, but most likely, it only represent the Committee or only the President.

In comparison, the Islamic Institutions in Malaysia have the constitutional sovereign legitimacy to be the authority and representative of Islam under Article 3 and 11. Let me put it to them, Hindu have no mentioning in the Constitution. But, that doesn't mean non-Muslims have no rights. They do, but understand what is meant in the Constitution as in to practise in "peace and harmony".

Face fact, the status of Islam and Islamic Institutions under the Constitution is legally and administratively different. There is nothing anyone can do and change the status of Islam to be samarata with other religions and deny its constitutional and historically superior status. That is the main teras that binds all of us together.

The only way is to abondon the Constitution. The way to do it is to overthrow the Government and Raja-Raja Melayu through arms revolution. The way it is usually done is to create people uprising, chaos and civil war. If there is such intention, that is tantamount to treasons. Traitors should be hanged!

They can succeed but it will be over my dead body! I will not allow our peace and harmonious co-existence and acceptance of each other be sacrificed. Never!

Back to the yoga issue, the legitimate point that the Majlis Fatwa was driving at is the religous elements are not congruent to Islamic practise. Practising it would mean taking the risk of shirk.

Fatwa being a source of guidance is meant for the general Muslims. In most cases, those knowledgable and sufficiently learned may not conform to the fatwa meant for orang awam. However, they do not question it openly. This explains for my nasty words for Norhayati's ignorance and arrogance!

The fatwa is for Muslim and only Muslim. There is no bloody issue of sensitivity. I do not understand this Norhayati anak Jawa Kaprawi. Frankly, I do not understand those, who naively allow themselves to be a pawn for parties critical of Islam. Most of them are non practitioner of their own religion or aethis! Those, who does not practise religion and choose to blindly refute the age old and tested tradition of religion, have no business to speak of Islam or any religion in public.

For argument sake, it is the same argument lawyers love to impose on non-lawyers. The way to refute them is to say that ignorance of the law is no excuse. Thus common men and women have the locus standi. But it doesn't apply to matter of faith. It is guided!

If the yoga edict had been kept within the knowledge of the Muslim community and not being blown into frontpage headline by the English press, it is a non-event and non-issue. A Kadir Jasin made a good explanation and gave a good advise for Majlis Fatwa to consider (read here). The MSN is clearly the most guilty party here. What is their agenda?

On the part where the Majlis Fatwa erred, their statement and fatwa should not have been confined to only yoga, but all forms of physical excercise and martial arts, including chi gong, tai chi, shaolin, and even silat.

A friend sent an interesting joke, what about sex? It seems the kamasutra have included all the halal techniques in their more than 1,000 repertoire?

I'll preempt to say Hindu Sangam will not make any statement against the Church group. MCCBHS will keep silence against their own. I anticipate biasness and ulterior motive.

Hindu Sangam statement is a manifestation of their stereotype and prejudice of Islam. It stems from their ignorance and twisted understanding of the Constitution. They have developed a total disregard and disrespect to the legitimacy and authority of the Islamic Authorities and Institutions under the law.

With their affiliations with various groups, they were a party to brush the Islamic Institutions as dogmatic and discriminatory Institiutions. God forbid, it does not arise out of hatred arising from religous rivalry, and Muslim-bashing trend from Hindu millitants from the Hindu mother country, India.

The current going-ons to question everything that is already agreed and defying the Malay and Islamic historical sovereignty is more than mere demand for what is perceived as equal rights, and justice.

It is undeniably political posturing and power play that has taken a millitant and defiant mode with ungentlemen and unlady-like derogatory words being flustered with abundance. Such vocifeous unrelenting and unreasonableness demands that is underlined by ignorant, stereotyping, and prejudice is undeniably a retaliation from a misguided perception of racism. I am just wondering, has Hindraf found a new sanctuary?

TAKE NOTE: I am in no mood to allow publication of dissenting comments.

in order to mask these political agendas, they will use PACKAGING in the form of religion, race, history (interpreted), law, social justice and what have you to gain political mileage

it is also gaining momentum to indulge in Malay Muslim bashing

That Kaprawi is a totok Javanese. Maybe her descendents were Hindus.

Thank you for the premptive strike..but I doubt Hindu Sangam 's ability to be open minded and reconciliatory.
From all counts their resentment stems from ancient fires stoked by imports work permitted priesthood.
Their interference into Muslim affairs is only by grace of parliamentary democracy and apparent tolerance by the Government adherence to legal practices.
To be anticipated in future will be more interferences and digs at Islam in Malaysia.
The fact remains that our PM and other leaders keep on harping the tired sounding cliche freedom of worship etc...
arjun

Dear Sir,
Keep writing.
I fear for people like SIS and those Malay Feature writers in STAR.
Writing like yours will help me feel that ISlamis not "Orphaned in Malaysia's Blogosphere" (Term coined by one who calls himself Acrypholis-Hope got the spelling right.
Regards.
Abdullah.