Does race matter in Malaysia? 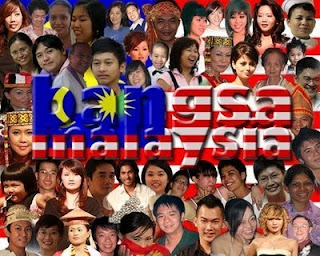 In this era of national slogan for 1Malaysia and DAP-led agenda for Pakatan Rakyat (PR)'s of Malaysian Malaysia, many would like to believe that race should not matter any more.

The neo-liberals inside Barisan Nasional (BN) will try to keep the course in line with 1Malaysia idea of one Bangsa Malaysia although Bangsa means nation too.

The traditionalist are cautiously concern for the diminishing programs for Malays and their respective races but are aware of the need for restrain and patience.

PR will try to be oblivious to race despite the fact that DAP is 99.99% Chinese and PAS is 99.99% Malay. DAP is comfortable with Chinese competitive ability. PAS thinks there is no Malays but only Muslims in Malaysia.

PKR has a Malay front but it is increasingly more Indians and Chinese at the middle leadership. They are trying to convince that we should be a color blind and united nation. 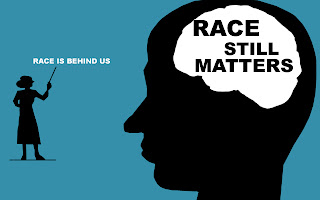 Naturally, both sides will try to appease the Malay majority voters.

BN will say they have done much in uplifting the Malays. PR's Muslim and mixed race political parties would like to negate it with the arguments "it is not good enough" and play on the repeated stories of "corruption, cronyism, and nepotism."

On the Sabah and Sarawak side, it is a little bit more complex. Each state has a potpouri of 30 local ethnic groups without any ethnic group considered dominant.

They inherited British colonial history and system but their political culture and heritage is different from Semenanjung Tanah Melayu and between them.

All this is partisan politics. Then there is real life issues outside the realm of politics. Cari makan issue.

The non-Malays and non-Bumiputeras have been pushing forward the argument and exerting social and political pressure on the claim that their race is being discriminated.

Jobs in Government does not favour Chinese in particular. Public work is only given to Malay.

In turn, the Malays and Bumiputeras argue that non-Bumiputeras, particularly Chinese dominate and monopolise the more lucrative and larger private sector.

The Malays and Bumiputera can't penetrate non-GLC private sector and claim to be discriminated. They have to rely on government assistance.

Chinese say it is unfair and discriminatory. Private sector must be competitive and "may the best men win."

In reality, who is discriminating who?

Politics and trade and business are too complex to discuss to derive a simple and meaningfully workable conclusion. The discussion will continue even after the cows  return home.

Before attempting that more difficult task, one should start from that basic cari makan economic needs of jobs and employment. Is the job and employment market fair and equitable?

It is a basic issue of securing income and making a living.

Two academicians, Dr Lee Hwok Aun of University of Malaya and Dr Muhammed A Khalid undertook a study involving 800 companies to delve into the question of whether race matter in getting jobs.

They are delivering the finding of their study tomorrow at the Seminar "Does Race Matter in Getting an Interview?" A field experiment of hiring discrimination in peninsula Malaysia."

The study findings should contribute towards discussion on past New Economics Policy and the way forward.

Then and now, it is generally agreed that poverty eradication should remain race free. However social imbalances remain. One is the urban-rural gap. 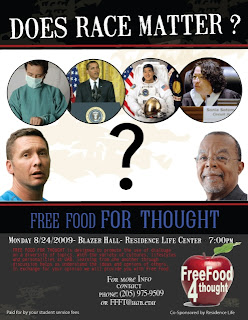 Another hotly debated is the race-based social imbalances. But then, addressing it on a race basis will be seen as old school, non-competitive and not market friendly. But it can't be left to go on and explode into a security problem.

Probably there are other social imbalances to look into in society.

It is important social imbalances to be corrected because it leads to dissatisfaction of one social group towards another. Social imbalances in society leads to turmoil and impairs nation building.

It is not merely economics but about economic justice. It is part and parcel of achieving progress.  On that score, free market is not known for addressing non-economic issues.

To the detriment of neo-liberalist thinking of the day that despise any form of government meddling in economic distribution, political will may still be required on government to "interfere" using effective socio-economic program.

Will the finding shed a new light to this age old issue that is as old as the nation? Can this finding lead us to a new perspective in looking at social imbalances? Is there other social grouping that can better address this issue of social imbalances?

Before exploring other areas needed for a fairer distribution of economic cake, can we first ensure the young talents and also population at large gets a fair share of jobs and employment at the start of their economic life which is free from discrimination in any form.

If interested, be there at the 3rd Floor, Postgraduate Conference Room, Postgraduate Studies Building, Faculty of Economics, University of Malaya tomorrow Friday November 2nd at 10:00 AM.

There are countless jobs ads which require "fluent in Mandarin". Then there are interviewers/employers that require Malaysian to be fluent in English even though the job does not require one to speak nor understand English. Government job interview is partly English. Bahasa rasmi konon.

Bahasa jiwa bangsa bla bla bla. In the end, the Malays with 7A can't even get into UiTM without credit in English nowadays.

Yes, race matter in Malaysia as long as gov allows vernacular schools and ignore the importance of 2nd and 3rd language in gov schools. You don't need a PhD to come to the conclusion.

p.s. With proper intensive training, anyone can learn foreign language in less than a year. Can we replace 1 year in primary or secondary school to just learn 2nd language for our children sake?

I am working on how subsidy rationalization (as what Idris Jala proposed) affect ethnic group ( chinese, malay, indians, bumiputera, orang asli) eonomic welfare and split further into rural and urban location. If my finding shows that the malay rural poor and malay urban poor household will be the worstt affected than i wil be labeled a racist? Despite the fact that the study involved scientific rigour and procedure. Damn i am and damn i am not? DR FK(UM)

The Malaysian Insider just published this article on their site: Malaysian employers practise racial bigotry, study shows.
The study by two academicians (whom are of two different races, mind you)made the 'observation' that employers are generally predisposed favourably towards members of a certain race.
The academics did not touch on motive anywhere.
Where did Malaysian Insider get the 'bigotry' part from?
What is the motive of Malaysian Insider in using such a sensational title?

Bad journalism in the very least

To Anonymous 8.:51 Academics should publish without fear or favor. But, I fear that some racially biased academic might create another paper to make a counterclaim that malays are favored in the public sector and the chinese are discrimated there. But let's face the fact, would an average Chinese malaysian want to work as a government worker?

To Anonymous 6:56 -- Did you read the paper? TMI is not journalism. It's a hack job. However, it does not take much imagination to see that Chinese in malaysia, and some other foreigners, have such strong behaviors that discriminate against Malays that it borders on being intolerant and hateful...

Guy,
Is it possible that we hook up? I'm being attack by both sides of the political realm specifically Neo-Liberals in Barisan Nasional and Pakatan Rakyat - the instigators being my own flesh and blood in both. Najib and Anwar are my relatives, FYI. I desperately need to explain my side of the story too.

Now I'm really disturbed that DAP and particularly LKS and LGE did not even raise an ire condemning racist practices in private sector. This stinks to the high heavens. All this starts from the racist segregation educational system we have and arduously supported by them. Racist. racist and racist. Where is don play puk kononnya we are all one race when now it shows private sector practices racists employment.
I have major issues on those who condemn others as racists but practice and support one. Rubbish.

The same study also highlights the finding that Malay -own/ controlled firms are less likely to employ malay graduate in the engineering and accounting discpline. If GLCs, Malay own/controlled firms were against the Malays, than who will speak for the Malays than?