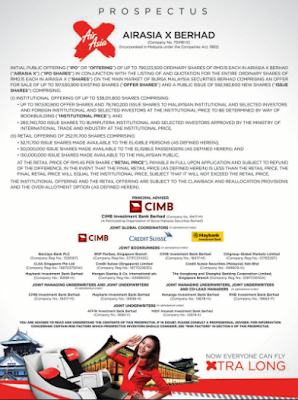 In our days in the business, that is the usual warning we gave to any investors before investing. At least, read the Prospectus or research material first.

Whatever the Investment Bankers' professional advise, Auditors approved accounts show, or company claim on their Prospectus, the onus is on the investors to undertake the necessary precaution before making any investment.

There could be ulat inside and worse still if there are HIV, thus any problem to arise have no hope of turning around.

For those cashrich apek, mak janda and thamby in terompah seldom seen at the viewing areas of stockbroking premises, it is most unlikely to expect them to spot those fine printed questionable assumptions and projections in the Prospectus.

However, with a little bit of common sense and some effort to think and investigate, one do not have to be Warren Buffet to figure out whether it is safe to invest in Air Asia X. 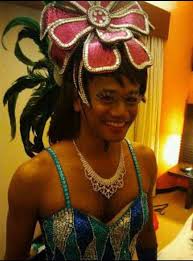 If one do not wish to invest because CEO Azran Osman Rani said something insulting towards Utusan Malaysia or media and use his position to threaten refusal of advertising, that is one's business. Off course, there is business justification in questioning his business objectivity.

If one is political or moralist because one just found out from a friend that one former high level UMNO official from Permatang Pauh confirmed Azran Osman is son of Dato Rani Ibrahim, brother of Dato Anwar Ibrahim, it is one's business.


Since we have always argued that the affair of business or investment seldom consider moral issue, thus look at business related issues that affect bottom line. All that the common man on the streets can do is to use merely simple logic.

We've few issues based on simple common sense for them to question and ask before sending in their application.

1. If Air Asia X is so good, why then did the successful and eccentric Airliner, Sir Richard Branson pulled out in around June 2012? 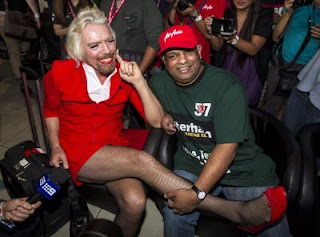 What is it that he knows that we do not know? He has been around longer than Tony F in the airline business. Tony F was just his accounts "clerk" at Virgin Record when Richard started with his first few airplanes.

2. That bring us to the second question. The excuse that Business Times reported here is that Air Asia could not give a definite time for IPO or exit plan to Richard.


With boy wonder Dato Nazir Razak as Adviser, there should be no problem to make the accounts qualified, cook up assumptions to improve projection, or matchmaking deals to qualify. As far as the authority, sap sap suei for this anak manja tak boleh ditegur of Toh Puan Rahah   ...one phone call only ma.

In the MAS-Asia Asia CCF deal initiated by Nazir, it mentioned of MAS have the option to participate in Air Asia X listing. It means the IPO was already in the making. 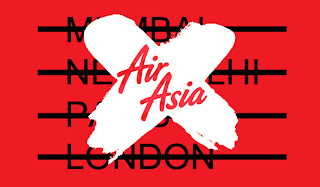 Industry believed that Richard pulled out after Air Asia X London route failed. [Read here]. He may have realised that low cost long haul business model does not work. After the fiasco of several routes, Air Asia revised their business model to medium haul of within six hours flight. 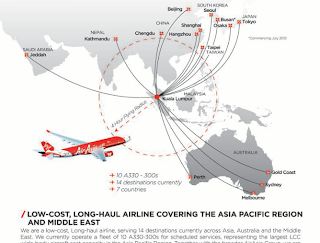 This means that this claim on the Prospectus is misleading and misrepresentation:

What is that XTRA LONG? Azran Rani's?

3. If they misrepresent, can one believe their Prospectus?

Those days, Prospectus is a serious documents. No advertisement, nothing else. Strictly information and verified. It's been a while since we read a Prospectus. [Read here]

Perhaps, things has changed but why is the first few pages looking like the company advertising and promoting their share? Off course it is the salient points but rather tacky, isn't it? 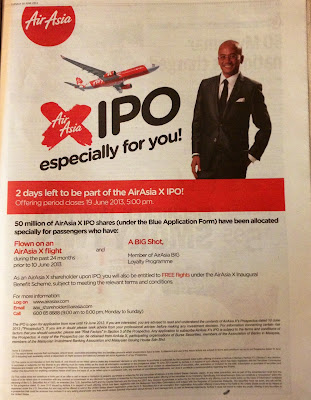 Air Asia X gets more overzealous by advertising in their friendly media, The Star.

4. The company presented the following accounts:

From our experience, the listing requirement would insist on rising profit for 5 consecutive year and consistent rise in profit. This looks suspicious and only from a sudden jump in profit end of 2012.

5. What we heard Air Asia X was not making money in 2011. The profit figure could be questionable.

When Richard was not convince that the Long Haul Low Cost model work, Air Asia immediately changed their model from long haul to medium haul. MAS had to giveaway the Sydney routes upon the signing of CCF using the excuse Sydney was not a profitable route. Air Asia X should suffer some loss and invest money to gain new routes.

6. We are not bothered to go through the whole Prospectus to see the 5 year profit record and all. After all, we are not applying. But if we are to see the profit record, it should date back to year 2007. 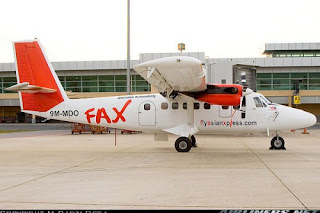 It should remind us that Air Asia X was previously FAX. They took over or more accurately stole the Rural Air Service for Sabah and Sarawak from MAS. They were given 12 aircraft and when they realised it is social service and not commercially viable, they ended service and returned the aircraft back to MAS.

Six of aircraft was grounded and two of the Fokker was cannibalised for spare parts. It will cost RM40 million to restore and FAX was supposed to pay. Did they? Read this Sarawak blog here and Wee Choo Keong here and here.

They denied but government acknowledged giving them about RM250 million subsidy but MAS operated RAS for about RM150 million only. That is suspected to be the "seed money" scam from Tun Abdullah government for Air Asia X to start with.

7.  Is their projection true?

We highlighted in previous posting and will reproduce below: 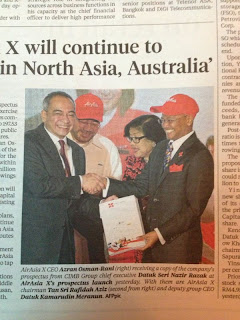 What is this bullshit about going to North Asia when they had end tie with ANA?

Air Asia Japan also closed shop. Their collaborating partner, ANA took over. Could there be more in the making?

Air Asia close shop fast when something does not work out financially.They may have thrown in their projection routes which are not successful.

8. The IPO is suspiciously over-priced:

Most likely the series of IPOs by Air Asia on the Kuala Lumpur and regional bourses was to pass the buck to the public all over the region. Remember we said that Air Asia can become a systemic risk that can result in regional crash of the regional bourse?

The problem is Air Asia X was said to have a business model issue earlier and changed it to a medium haul airline. Supposed it is now fine, how is it to sustain stable earning based on only flights?

9. The global economy is on a downtrend with low and negative growth. Can Malaysia sustain it's growth?

Many economist are reading a slow down to come and government cannot afford no more BR1M. How is Air Asia X expect to achieve growth when travel business, especially overseas travel, is so dependent on domestic and global economic growth?

When they refuse to move in Kota Kinabalu and concocting excuses to refuse to move in the near futurre in Sepang, it shows something is brewing. Don't tell us that a profitable company cannot spend on the necessary. [Read past posting here.]

10. Air Asia is a flying safety risk. They only got their AOT on temporary basis and was only recently renewed. At the start, the AOT given to FAX after few months of operations was questionable. 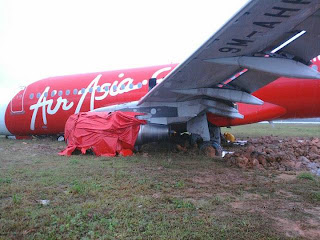 Recently, Air Asia was said to do an emergency fueling landing in Indonesia on it's way to India. Thus, their maintenance operations and safety concern is suspect. With so many pictures of crash landings at airports, God forbid but it is a matter of time.

Airline accidents is an expensive affair and wonder if they made the assumption of barring any crashes in their Prospectus?

11. The whole region is coming up with LCC. When Malindo Air is fully operational, they are capable of attracting more passengers with better service and more reliability in their schedule than Air Asia. 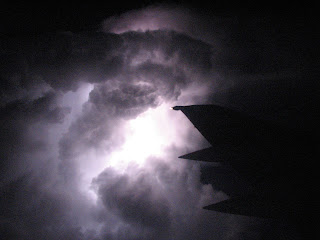 With competition on the horizon, economy not so positive, and suspicion of financial problem, They are heading for the perfect storm.

Still wanna apply the IPO and submit it tomorrow? The deadline for retail investors is 19th and institutional is 24th on first day of parliament.

I am antiBN but putting politic aside, your analysis sound reasonable except point 10. However I suspect the major buyers will e still the malaysian gov or GLC. Public or retail investors will be minority.

only the bengong guys will buy air asia x.

so Amokh will instruct khazanah to buy it as well.

no, azran is NOT the son of rani ibrahim or any way related to anwar ibrahim family. his father is prof dr osman-rani hassan formerly economics professor at ukm. his mother if prof dr safiah osman formerly of the education faculty at universiti malaya.

how would bk siddhu's source know Air Asia X will be over subscribe by 3 to 4 times?

No one has ever predicted over subscription.

Over subscribed by 3 to 4 times bukan banyak sangat. Fear will be undersubscribed and we will be stuck with it.

Dearest brother, I am a nascent blogger who seek for blogging guidance, do add me at http://docduties.blogspot.com