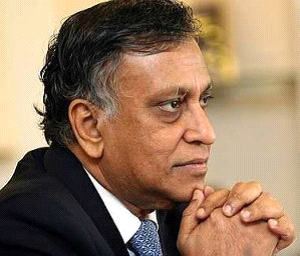 The infamous rogue trader, Nick Leeson of Baring Bank received imprisonment of 8 years for trading losses of £827 million (US$1.3 billion) in Nikkei futures in 1995. The more than 200 years old London Merchant bank collapsed due to speculation by a trading clerk from their Singapore outpost.

Despite his integrity and impeccable record, Ja'afar was not given any more assignment and just retired.

But, Nor Yakcop escaped any form of investigation and far from any possibility of imprisonment. He joined Abrar and the same bad habit of a foreign exchange trader resurfaced. There is more to the Abrar story in previous posting here.

The financial crisis was bad for Malaysia but good luck for Nor Yakcop. Tun Dr Mahathir sought his criminal mind to resolve the crisis and eventually became his Special Economic Adviser in May 2000. When Tun Abdullah became PM, he was appointed Minister of Finance II.

What happen to his illegal acts at Bank Negara and Abrar? Why was there no more news or talk of his many offenses? Did police stopped investigation? If they had investigated, why was no more further action taken? The Home Minister from January 1999 till October 2003 was Tun Abdullah Ahmad Badawi.

For Nor Yakcop contribution to Selective Capital Control policy, was his sins forgiven? 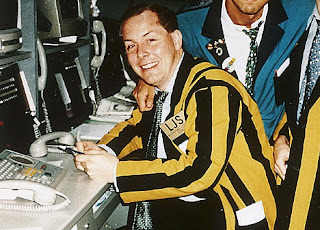 A rogue trader is an employee that made unauthorised financial market trades on behalf of his institution. The offense is a grey area between civil and criminal illegality.

The perpetrator is a legitimate employee of a company or institution but entered into transactions on behalf of their employer without permission. Leeson was a trading clerk to punch in trade orders from their London office when he made that unauthorised "bet."

Factor that may have contributed to his loss were, among others, poor judgement, lack of oversight on the part of bank management, naive regulatory environment, and unexpected turn of event like Kobe earthquake.

However, the factors that led to the eventual RM13 billion humongous loss for Bank Negara must be more than the case of Barings.

Something systemic or negligence or possibly criminal could be at work for an activity to undertake active management of national reserves could go awry and reduced to day trading activity of traders and their typical indiscretions.

Furthermore, the active management or more accurately, trading in foreign exchange is done by civil servants and their usual practises would usually be heavily regulated, concise procedures and red taped. Where did it go wrong? 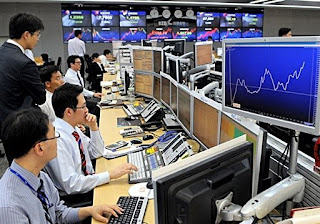 Many academic try to explain why foreign exchange moves or fluctuate and some try to ascertain the fair value of a certain currency. Frankly, it is all hogwash.

Whether it is Purchasing Power Parity theory to determine a fair value of currency or using charts to determine relative sentiments or trying to read into economic performance or indicator on statistics related to trade balance and current account, it still go back to the trader; his feel of the market, his gut for risk taking and balls to withstand any adverse set-backs.

Any trade to go long or short has a 50:50 chance to be right or wrong. To the more seasoned trader, his probablity to be wrong maybe lessened but at best, it is could be only at 60%. Of course, there is also the time frame factor of anywhere between seconds to days to show one has made the right or wrong call.

To say, a trader loses because of bad judgement is too simplistic and naive because losing is part of the game. You make some and you lose some but at the end of the month, the management wants to see you win more than you lose.

The trick is a simple rule, but not necessarily as easy to do, to limit your losses and maximise your profit the furthest. It is not necessary easy because at any one time the reading of the market is 50:50 with no certainty. And there is no such thing as asset backing in stocks to provide the theoretical limit to losses.

It is considered bad judgement when one knows that inflation figure had registered a convincing upward trend and the market feels it is a question of time that Bank of England was to raise interest rates, yet one still insist on shorting the pound despite the unfavorable interest differential with the US dollar.

Then again, the trader could argue that the pound had been in an overbought position and the market is awaiting a drastic correction downward since cable, as what traders used to call pound as, is still not reacting.

The traders judgement and bad decision is not something easy to control and limit. When desk Managers try to interfere too much, traders will ask for their call on the market and most likely then not, he will end up being wrong more than being right.

The only tool left to management to screw traders for running his losses is when they bust their limits. Traders are given all sorts of limits or credit limits to reduce risk exposure. There are daylimit trading limits, rules and limits in carrying over a position overnight, exposure to specific banks, stop lost limits, etc.

Playing the market is always the interplay of emotion between fear and greed. Traders become overcautious when they are too consume with fear.

They turn greedy when luck is on their side and prudence is put aside. Overconfidence usually brings out the beast in them. If they believe strongly the market will go a certain way, traders have the tendency to do things that borders on doing illegal and breaching the trading rules set upon them.

They are at their worst when they are in a bad position. They refuse to admit lost despite there is no hope left. Moral hazard takes over and they end up doing things like hiding their dealing tickets and not disclose their true trading position in their records. Sometimes they could be coverting with the back office to hide the trade.

Their contention is that market will turn and he will come out a hero and make big.

Sometimes this traders are losing but since the calculation of profit and loss could be subjective, flexible and up to the traders to determine, the real condition could not be ascertain. There are tricks like averaging out, tinkering with the opening and closing rate, and other manipulations.

Averaging out is one of the dangerous and imprudent trading technique. It is similar to putting good money into a losing concern. It is like the gambling practise to double up or top up a bad position by doing more trade to average the price higher or lower depending on the forecast direction.

There had been cases of loses being hidden from the attention of management till it got too big. One way is in structural trading.

Different traders, by virtue of their experience, perceived skills and profit target, are given different limits to work-on. The new ones would be "jobbing" for few pips (1 pip = 0.0001) here and there and square their position before leaving office, whetever the time could be.

The more senior ones could be doing those structural or long term trades which ignores the noises or short fluctuation and move for the big trend and market swings.

This is the game of star traders that is seen at Wall Street parties and cocktails in penguin suits. They spend more time traveling, talking to media, and giving lectures at seminars, then slugging it out on the trading desk. Usually they have assistants to execute and monitor their trades.

Sometimes it could be made complex by combinations of short term positions and long term positions. Sometimes one will see traders record is seen as short at a low side or long at high side but the two are not square because it is assigned for different term. Only the traders know which is which and back room only take their words as good.

The more complex one could be employing cross trades in third currencies. Instead of US dollar based trades, they could be translating their US dollar/Yen position into Yen/ECU or Sterling ECU. 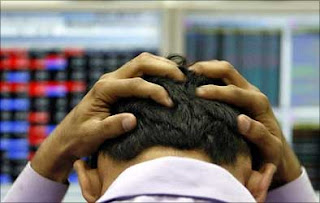 Bank Negara had then decided to actively managed their extra foreign exchange not put aside to cover trade. It helps to reduce the risk to devaluation by shifting to appreciating currencies and moving away from possible devaluing currencies.

A well managed foreign exchange reserves is to maintain at least 6 months of imports without any exports in the proportion of the historical utilisation of foreign currency.

Nor Yakcop was the person who took charge of this new activities of Bank Negara's trading room. From initially day traders jobbing for few pips for familiarity, he started to assume structural trades by virtue of the managing long term reserve positions. The nation's trade depended on many currencies and thus exist cross trades.

In the case of Nick Leeson's, he created a fictitous client account 8888 and leave the bad trades inside to square when hopefully market situation gets better. It is not a surprise that such practise was happening at Bank Negara.

Those days Nor Yakcop was heard to going in and out of the markets in hundred of millions at one go that Bank Negara was getting the international media attention as market mover. Malaysia was outshining the earlier big player, Russians.

Moving the stock market is easy with availability of money but to move the trillions dollar a day market volume, it must have been sizeable move. So often that media was reporting that it was beginning to be obvious that Bank Negara was known to be stuck in positions. Strangely, those positions were never unwind.


For a loss of RM5.7 billion, then changed to RM9.2 billion and insider's source claimed as RM16 billion but not RM30 billion as alleged by then Finance Minister when he left government, how big was Bank Negara's position?

Other billion dollar lost rouge traders were usually derivatives traders where for a small sum of capital, one can take position equivalent to larger underlying asset positions.

Doubt that Bank Negara traded in the highly mathematical and technology driven financial futures and options markets. Thus to lose so much, the trading volume, positions taken and outstanding unwinded positions must be huge. It is impossible to escape attention of then Minister of Finance, Dato Seri Anwar Ibrahim.

It only indicate Nor Yakcop and his accomplice trading team must have hidden their loses in reserves, cover-up their true position and profit and loss, double up on losing trades, averaging up or down, went around the rules and trading limits, manipulation of positions and accounts, use of complex trade to hide true situation, and probably change the rule to cover himself up.

Why tell all these from past?

It is to understand the psyche of the man and how his mind operates. He does not care for rules. He gets around it, manipulate it and break it, especially when he is in trouble and covering up something.

Yet, many are taken by his soft spoken ways and believed him to be knowledgeable. However, when he was a reckless trader, novice corporate man at Abrar, and threatening businessman to steal their company for Khazanah, he still spoke in that same soft manner.

He is not an honest and responsible man, even though he admitted and resigned. That he had to do. But there is more to it that is not known.

As for being knowledgeable, one can read books and talk to a lot of people. But does his knowledge and ideas translate to any practical and sustainable success?

Mamak like Dr M, Nor Yaacob and Sharizat are all protected animals in Malaysia. The Malays can only watch with mouth open and said, "We are really useless"

being a pleasure meeting with BNM staff last month...in their view NMY seem like a joker in BNM..