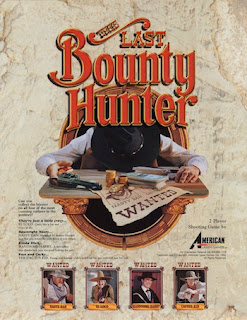 The pursuit for Tan Sri Nor Mohamed Yakcop is not a recent interrest but had been on going since 2007. If one were to search using the keyword "Nor Mohamed Yakcop", one would find at least 32 postings on him and it dates back to 2007. [See here]

A bounty hunter like us are patient and relentless. As one journalist used to tell us, "You bloggers never give up."

Former Securities Commission Chairperson, Tan Sri Zarinah Anwar was pursuit for 5 years from the fraudulent ECM Libra-Avenue Capital merger in 2006 till the questionable E&O takeover by Sime Darby in 2011.

With crooks like Nor Yakcop, one cannot give up.


Nor Yakcop attracted this blog's attention because in his capacity as Minister of Finance II, he helped cover-up the said merger for his friend, Dato Kalimullah, former boss's son-in-law, Khairy Jamaluddin and Zarinah. [Read this 2007 posting here, among others]


He helped Zarinah and Zarinah helped him on many other occasions. In one instance in 2010 and with regard to SC's bullying of journalist in their investigation of Kenmark, he interfered in a Mingguan Malaysia report. [Read here and here.]

Despite the many Zarinah's suspicous indiscretion including to take a position that had her husband's involvement in Tenco and Isyoda [read here and Rocky Bru's here], Nor Yakcop got her renewal in 2010.

There were various issues involving Nor Yakcop's post-foreign exchange trading days, The one that stand out is Abrar. Let's revisit few past extracts on Abrar, starting from one dated July 8, 2010, below:

Mun Loong as many would have known became the public vehicle of Abrar led by Anwar Ibrahim's boys Dr Wan Hasni and now Australian based Sidek Ghouse. Nor Yakcop was part and parcel of that outfit.

There is an old article from Malaysia Today in my personal archives entitled "Nor Mohd Yakcop: Royal Commission of Inquiry in 2008?" dated February 2008.

In case, some reader is not happy about referring to article associated with Raja Petra, rest assured that the article was not written by RPK but by an anonymous we believe as credible.

The excerpt from the article below: 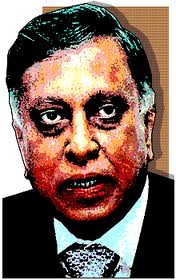 "Nor Mohd Yakcob had just been fired from Bank Negara at that time. Seeing that Anwar was selling the Islamic bank, Islamic toothbrush, Islamic toilet, Islamic bread, etc., Nor Mohd got Bank Negara to jump on Anwar Ibrahim's Islamic bandwagon.

Then Wan Muhd Hasni and Abrar Corp came along. Muhd Husni was Anwar's carpetbagger man. So Nor Mohd began to fall in love with him too. In no time Nor Mohd joined Abrar as Executive Chairman.

Since old habits die hard, soon Nor Mohd started doing the same old things that got him in trouble at Bank Negara, i.e. breaking rules -- or Mohd's expertise: getting around standard procedures. That is how he became the subject of the Police Report mentioned above. 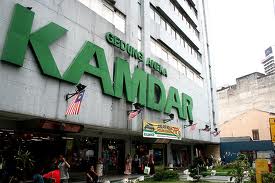 When Nor Mohd joined Abrar he was offered a chance to own 5% of Mun Loong Bhd. He thought it was a great deal. Since Anwar was the Finance Minister, a RM30 million loan was arranged from Bank of Commerce for Nor Mohd to buy shares in Mun Loong (later Abrar Corp).

But they knew nuts about Mun Loong's business - which was a retailer of medium- and high-end ladies attire for Chinese working women. (What a combo - a bunch of Islamic nuts taking over a retailer that sold mini-skirts to Chinese girls!! Ha. ha.)

Before they could say abracadabra, Abrar-Mun Loong started going bankrupt. Nor Mohd's RM30 million loan was secured by the same Abrar shares. When the share price started going through the floor, the value of the security dropped and Nor Mohd had no money to pay back the loan.

But the report does not say to whom Nor Mohd pay the RM30 million that he borrowed from Bank of Commerce. Obviously to the vendor of the Mun Loong shares. Who else? Possibly Abrar itself, Wan Muhd Hasni, etc. 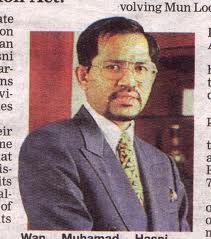 The report does say that since Wan Muhd Hasni was boss of Abrar Corp, Abrar Global Asset Management (AGAM) and Abrar International, he gave specific instruction to AGAM to invest RM43 million in investments of his choosing, not AGAM's choosing.

The RM30 million which Nor Mohd borrowed from Bank of Commerce could have been be part of this RM43 million. This means Nor Mohd was suckered.

But the report does not say something else of an even more serious nature. AGAM or Abrar Global Asset Management was an asset management company, a fund manager. It was licensed to take funds from the public and invest the money in shares, bonds, etc.

So here is the picture. Abrar Corp is the holding company, going bankrupt at that time. AGAM is a subsidiary with a license to accept money from the public. Wan Mohd Hasni and Nor Mohd Yakcob were at the top of the Abrar food chain. They were the bosses. Hmm.

As a fund manager, AGAM was obliged to act prudently in managing public funds. They should invest some of their funds in blue chip shares, some in Government bonds, and maybe smaller amounts in more risky investments. There is a ranking of risks. The riskier the investment, then the lesser you invest or don't invest at all.

This is where AGAM did a more scandalous thing. They diverted a large portion (some say 95%) of the public funds that had been entrusted to them into just one investment - the shares of Abrar Corporation.

This means they were using public funds to prop up the share price of their holding company, Abrar Corporation. Is anyone surprised anymore that Abrar went bust (into PN4)?

Wan Muhd Hasni and Nor Mohd Yakcob were all shareholders of Abrar Corp. Nor Mohd had even taken a RM30 million loan to buy Abrar shares. So when the Abrar share price started going down, they got AGAM to use public investor funds to prop up the share price of Abrar. This is scandalous.

Then, when the bottom still fell out of the Abrar share prices, the scenario in the Police Report above happened - RM13 million was diverted from Abrar to pay off Nor Mohd's personal debts with Bank of Commerce.

This is Criminal Breach of Trust. But who exactly authorised the diversion of the funds? As beneficiary, Nor Mohd is certainly in the wrong. But who were the accomplices inside Abrar?

There was no investigation by the SEC which was chaired by Munir Majid at that time.

The cast of characters:

Faris Najhan was a softie 'budak jambu'. Over the course of 1998, as the CEO of Abrar, he looked increasingly worried as he came to work everyday. I used to see him sitting moodily at his desk, just staring at anyone who came to the office.

Munir Majid was indeed the Chairman of the SEC at that time. He was a buddy of Nor Mohd Yakcob and another lover of Anwar. As the Police Report says, as Chairman of SEC he did not take any action against Abrar or Nor Mohd Yakcob.

After Nor Mohd became Finance Minister 2 in 2004, he appointed the unemployed Munir Majid as Chairman of MAS. Munir spent millions of MAS' funds buying paintings of fat women and living like a king off MAS' perks and benefits. We all know that part of the story.


Oversight and over exuberance is nothing new to Tan Sri Nor Mohamed Yakcop, but luck has always been on his side. That luck must run out fast before the nation have to incur more costly mistake from his misadventures.

No more Mumtaz, please. This is for the nation's sake.

Mun Loong was supposed to be their public listed vehicle to consolidate businesses they acquired. They were acquiring businesses in no orderly and strategic fashion - from plywood factory, Canadian satellite company to prawn farming.

They had no inherent management expertise. Without experiance but thinking big, management was typically command and control style with corporate headoffice mindset. In a matter of time, they failed. 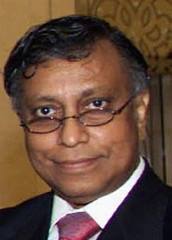 Dr Mahathir understood that it takes a thief to catch a thief. Thats how he described foreign exchange traders. Nor Yakcop may have failed in his market dabbling, but he knew sufficiently how the market operates and the big boys in the game.

Yes, as described in Edwin Lefevre's investment classic, Reminiscences of a Stock Operator, the foreign exchange market too was a game where knowing the rule book is insufficient.

He was appointed as Adviser of Bank Negara. From there, he was elevated to Ministerial status and appointed to Senatorial position. Under Tun Abdullah administration, he became Minister of Finance II.

Originally the plan was to maintain him in cabinet with the task to restructure and consolidate the Government companies into Khazanah, but he managed to stay longer after Abdullah's departure.

That's good enough for a prequel to tomorrow's "Forgiven sins." Leaving the juicy one for over the weekend.

Perhaps you are giving him too much credit. He's not Daim..he doesn't really have full control of Khazanah and the famous fourth floor boys ( who are everywhere now controlling strategic GLCs). He's not even a real politician...he stood for the Gelugor seat because he was asked to in order to legitimize his position in the government. I really don't think he minds not being reappointed for anything. Your attack and pursuit should be aimed towards the boss himself.

What strikes it as odd is how a failed currency trader could end up as a politician and senior Minister?

It sounds strange but I believe the reason is like this.

There is a thin line that divides this country. On one side are the elite, and the other side the ... Zarinah was on the other side but she was not too far away from the thin line. Yes it took 5 years, but she was no Minister, only a Chairman of a 3rd rate enforcement organisation in a 3rd world nation.

NMY is a different fish altogether. Corporate Malaysia is now owned by him. He has his boys as Ministers and his underlings as CEOs. He is actually much more powerful than Daim could ever be because NMY's influence is so strong that it cannot be stopped. The only reason NMY does not bother to respond because he wants u to spend all your effort trying to get him.

Do try hard, but then again, what do u expect in the end? 500,000 people to descend in Merdeka square?

Or instead do u expect Najib to do something about it?