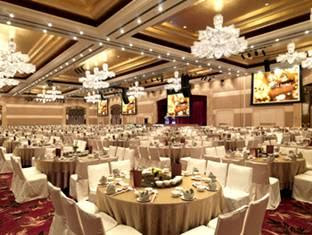 A source told us earlier that the host for the night was PEMANDU and not quite relevant but not to be left out TERAJU. The host invited representatives from other irrelevant and the more accurate description should be "fraud" agencies like Equinas, Talentcorp, Yayasan Pendidikan Bumiputera, etc..

The theme for the farewell dinner was "A Great Talent Leaves" and the man honoured but reduced to a mere talent that night was Tan Sri Nor Mohamed Yakcop.

One would have thought that he be described as leader or man of vision or saviour for his return from the abyss to be Special Adviser to the Prime Minister and later Minister for a good nine years.

For this no different than a common thief and criminal conman, it is still complimentary to be reduced to a mere talent. He surely had the specific talent as a fake and pretender and a master at taking people's idea and rice bowl away.

Complimenting this Mamak from Penang with a humble beginning that later rose up his organisation to fall and rebound to a position of disrepute as talented, it is like being deceived into believing satan is an extraordinary wise, knowledgeable and pious saint. 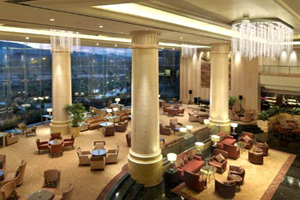 Since given the task of reshaping Corporate Malaysia before the word Transformation became vogue, he had mentored many of today's big names.

Then the so-called GLC Transformation. Enter Tan Sri Azman Mokhtar, Managing Director of Khazanah, Dato Abdul Wahid Omar, his predecessor, Dato Ismee Ismail, CEO of Tabung Haji, and many others too many to mentioned.

But the one notable absentee that night was his co-conspirator, Tan Sri Azman Yahya when he was leading Danaharta.

Though this long hour hardworking former Merchant Banker is a corporate businessman of his own in share registrar and IT, he just cannot resist being member of the Board of Directors of every other of Nor Yakcop's conniving endeavour.

While he has no problem of leaving paper trails of his association with the talented ones, he realised it is time to drop this friend.

Azman Yahya could be distancing himself arising from the lawsuit by Tan Sri Halim Saad. Perhaps he is pissed with Nor Yakcop for mentioned of their private meeting in his book.

It is embarrassing that the Special Adviser to the Prime Minister entered into a deal to fraudulently deceive another corporate businessman. Since Azman will be implicated, his reputation will go down under too. No plan to migrate to Australia but only his reputation is loss.

Unlike Tan Sri Tajuddin Ramli that refuse to succumb to his threat, Halim had been rather cooperative with Nor Yakcop.

Yet Khazanah could default on a bona fide agreement using excuse it was UMNO asset. How did he know when he is neither President or Treasurer of UMNO and less than a handful knows UMNO assets?

Khazanah is Nor Yakcop and Nor Yakcop is Khazanah. Azman Mohtar is merely a highly paid messenger to carry the wishes and so-called manouvre of Nor Yakcop.

Like his own version of Baring Brothers 8888 account to cover up trading losses at Bank Negara that accumulated into RM16 billion, Nor Yakcop applied the same currency traders psyche to neglect  rules and refuse prudence like busting up trading limits and creatively getting around rules.

One World Hotel in at One Utama - next to TV3 Sri Pentas and not in Jalan Sultan Ismail as mentioned.

Tuan,
Perhaps I am wrong, but is it all about what MNY had done on TR & HS before?

say all you like. but innocent until proven guilty.

This story is getting more interesting.he was a member of parliment in Tasek gelugor.I do hope the writer could publish this story.Please be careful you might be sued for defamation.So please do proper research.The whole rakyat are waiying for next episode. Good job

If you are so keen to know about TR and HS, read back past postings.

I won't be writing a series if I have lots of nothing new to write.

As their Leader says Melayu Mudah Lupa..That's the Cue for his Mob to Take All they Can.