A Malay NGO rethink it's direction 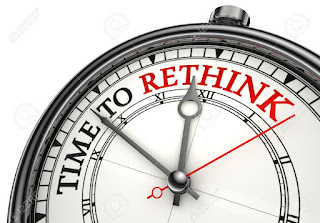 Few months back, we came to the realisation that most Malay NGOs are in dire need of a re-think.

Most NGOs are basically platform for have been or wannabee politicians. Politics is necessary and part and parcel of activism, so some NGOs position themselves as pressure group.

If the view and stance taken are well thought out and sincere, it is fine.

The problem is most such NGO are not independent and in-depth in their position on issues. It is skewed to serve the interest of certain partisanship or political faction or even individual agenda. 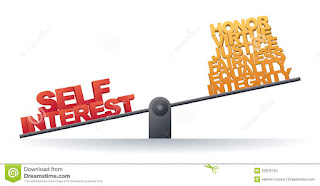 During an internal UMNO fight like the current one, such NGO will rear their ugly head as merely a platform for the pursuit of power.

It is fine for a while, if the team they rooted for win. If they lose, the implication could be on the organisation and at the expense of members' aspirations. Members will feel being used for self interest.

Certain Malay NGO are nothing more than a platform for individuals to get close to the leadership and receive accolades of positions or decorations.

A small group of people without an organisation and members positioned themselves as the umbrella for other Malay NGOs. They sell themselves as the  acceptable NGO and ride on the good names of distinguish personalities.

Then there are those trade NGOs that exist for some well written noble and progressive agenda for their industry. In practise, it serves nothing more that platform to seek contracts or subsidy or assistance from government.

Many a times, they secure contract for their NGO but hijacked by one or two position holder. Members got to know and the NGO goes into an internal squabble and fell apart.

Typical in all these NGOs is to hold frequent and regular seminars, forums, and all sort of "majlis ilmu" (knowledge events), they say.

Come event time, the attendance by members itself could not fill up the halls. So they invite other NGOs and seminar groupies to attend. For the opening and only important agenda, university students are invited or forced to come to fill up the halls.

Sometimes it is not the numbers that matter but the quality. Even that is suspect. The events are pre-empted with their already drawn up resolution irrespective of the discussion. Obviously not much in-depth discussion since it is merely brief presentation by paper writers and the moderators kept giving the excuse "masa tak cukup".

Typically, these well written resolutions are mostly about "mendesak", "menuntut" and "mencadang" on "kerajaan" to do this and that.

Ironically, the preamble of most of these resolutions will highlight problems in government implementation but yet their resolution ask the political leadership and the often described as weak government machinery to implement.

It just defeat the purpose. However, failing which the leadership and political establishment get blamed and even calls for their removal.

And we have just had enough. 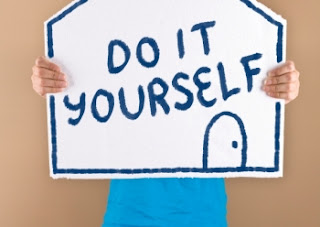 As we see it, a true blue NGO should be focus in their pursuit. It should be made up of volunteering  like-minded activists, independent in attitude, and self sustainable with the support of it's own community.

Instead of existing to ask the government to do this and that or seeking this and that, a Malay NGO should be progressive to undertake their own effort and create it's own self-help program.

The members are there to contribute, play a role of their own and support the organisation instead of depending on President and wait for the NGO leadership to instruct or approve initiative. Members exist not to fill up halls and be VIP audience for the President or Chairman speeches and media presence.

The program they develop is like a baby that grew bigger and over time, is self-sustainable.

Malay NGO should look down south and emulate the independent attitude of the Singaporean Malay NGO, Yayasan Mendaki.

As described in their website, "Yayasan Mendaki (Council for the Development of Singapore Malay/Muslim Community) is a pioneer self-help group formed in 1982 dedicated to empower the community through excellence in education, in the context of a multi-racial and multi-religious Singapore."

Mendaki streamlined its focus along four key areas of education, youth, family and employability. They target their programmes for the bottom 30% of the Malay/Muslim population, thus are highly subsidised from community collection. 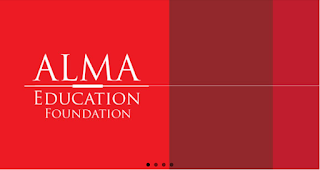 Just about the time we are about to give up on Malay NGOs, we got invited to a launch by Malay Alumni of North American Universities or ALMA.

Duty calls so we could not attend the dinner. However, as a founding member and Protem committee member, we are proud that the initial fact finding effort done years ago had been taken up.

Slowly and surely, but not giving up, the aspired Education Fund is coming to fruit.

After the end of Pak Lah administration, ALMA suddenly quiet down. On August 11th recently, ALMA launched it's Education Foundation that comes complete with Board of Trustee, Board of Advisory and De Loitte as Auditor.

From the ALMA's website here, they have re-positioned itself as "a national education think tank with a mission to prepare the Bumiputra communities for the fast changing global landscape to consciously act and chart the destiny of the future generation".

It is a good move. Education is always a worthy effort to pursue and doable cause to be taken all the way.

The NST has the news:

"The fund will be sourced from individuals, private companies, public-listed and government-owned companies, to ensure that none of our most talented young men and women are deprived of the opportunity to broaden their minds and develop their expertise at the world's greatest educational institutions.

"Today, we have succeeded in setting up 20 public universities, a host of tertiary colleges and hundreds of private institutes of higher education, including branch campuses of renowned world-class universities. Malaysia has not only become an importer but and important exporter in world education. Last year, we had over 135,000 international students from 160 nations studying in public and private higher education institutions as well as international schools."

Last year, he said, some 90,000 students were studying abroad with about 30 per cent of them were sponsored by various government-linked agencies and corporations including Mara, JPA, Petronas, Bank Negara Malaysia, PNB, Khazanah and Sime Darby.

"In September 2011, I was invited to officiate at the launch of Community Chest Foundation, which was founded by a group of wealthy philantropists in order to improve the quality of Chinese and Indian schools.

"I believe that with similar tenacity and seriousness, the Alma Education Foundation can do just as well for Bumiputeras who make up 63 per cent of the country's population.

"I am going to propose that each of Umno's 3.5 million members do what they can to assist in the noble effort.

"Although we face certain constraints due to low oil prices and the strong US dollar, my government will never falter in its commitment to serve all races - and that includes ensuring the well-being and advancement of the Malays and Bumiputeras."

He added that the foundation had set a target of RM300 million fund per year with the aim of sponsoring 200 to 300 students annually.

It is certainly a step forward and a change in attitude. 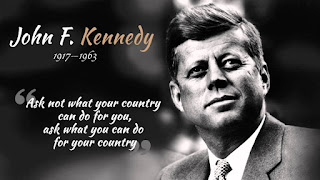 Despite our absence, we will gladly donate for the cause.

ALMA is not just a platform of former Malay students of North American Universities to meet up, socialise and catch-up on old times.

It is high time for the Malays to think, act and strive as a united community with an independent attitude. The time to totally depend on government has passed. The same NEP style policy may not be financially viable to emulate today. Government role should be left to help the poor and helpless.

For the Malay community to progress and compete, it must learn to be independent, work together as a viable economic community and develop many self-help initiatives of it's own. Malay need a rethink on their understanding of Malay leadership.

Should the government have spare change to help, at least an organisation is in place to receive it. And it means there is a lot of work for ALMA to do.

ALMA Education Fund must operate professionally and ethically without self interest and political interference. The fund should be managed prudently and be careful of quick rich investment schemes like some private equity scams.

It is important because it serves to gain the confidence of ALMA members. The members' confidence brings along a sense of belonging that will ensure it's sustainability and the trust of the Malay community.

No greater heart than the heart of a volunteer

So the Indians and Chinese are "sidelined", despite being Malaysians?

Great....why not just tell them to try their luck elsewhere education-wise?

Next step - impose a mandatory hiring quota by race on MNCs investing in Malaysia.

Maybe then there will be good jobs aplenty for the beneficiaries of this new NGO.

Though I suspect that Miti and MIDA will have a hard sell on their hands!

Ngo's should not be dependable on gov., is a noble way not to accept aid when you make your way out to raise up of your own funds that's fine. Their ability is sometime construed when among members are also from a political sector irrespective of their own political beliefs also cause a rift unless they are restricted from bringing in of their's political influence either is the only way not making Malay's ngo's failed.

All these efforts will go down the drains when BN is no longer in power.