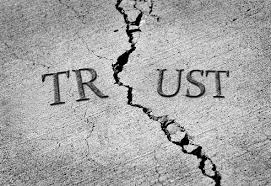 The 1MDB enquiry by PAC and investigation took a back seat as soon as the Xavier Justo arrest in Bangkok grab attention away.

Subsequently, more information related to the arrest surfaced like tampering of leaked documents, secret meeting at Fullerton Hotel, Singapore and many other meetings involving Xavier Justo and Clara Rewcastle.

This led to the suspicion of leaks within the enforcement agencies in the Special Taskforce and investigation into conspiracy to topple the government.

Before the weekend, three people linked to the Special Taskforce were arrested to assist investigation. It leaves deep suspicion that the administration is delaying the PAC enquiry and investigation. Dato Abdul Rahman Dahlan was reported by MMO to deny.

He said the enquiry and investigation would continue. However, the priority now is to address the leakage and misinformation arising from the slanderous allegations of Sarawak Report, The Edge, opposition personalities and media.

Obviously it is necessary for truth and justice to prevail in the light of confusion between the right and tampered information that has spread to the public.

Despite Dato Najib's support from within his party structure seemed unshaken, the challenge remain at reducing the trust deficit on Dato Najib arising from the 1MDB and political funding issues. Read Utusan Malaysia here to know PM is concern.

Government has no power to stop PAC investigations into 1MDB, says Rahman Dahlan

PETALING JAYA: The Government has no power to stop any investigations by parliament into 1Malaysia Development Berhad (1MDB) said Datuk Abdul Rahman Dahlan.

“ Will the recent four appointments derail or stop the investigation altogether? The answer is absolutely not.

“Once it has started, it can only be stopped when the Public Accounts Committee (PAC) has made a conclusion and presented the same to the members of Dewan Rakyat.

PAC doesn’t stop its function or investigation just because some of the MPs have ceased being members,” said the Urban Wellbeing, Housing and Local government minister, in a statement on Sunday.

He however added that the investigations will be delayed for about two months because parliament will sit again for the third sitting in early October to decide the new chairman and replacement members of PAC.

“There is also justification in the delay as well. With new revelation of forged documents by Sarawak Report and confession of individuals of conspiracy theories, it will be wise for PAC to wait until the dust settles,” he said.

Abdul Rahman who is also Barisan Strategic Communication Director added that the appointment of the cabinet ministers into the PAC is not an attempt to delay investigations on 1Malaysia Development Berhad (1MDB).

“The four appointees were appointed not because they were members of PAC, but in their capacity as Members of Parliament.

“They were chosen due to their abilities and position in their respective party,” he said.

He said that he was sure the new chairman will pick up where former chairman Datuk Nur Jazlan left off with ease.

“Above all, PAC should never be doubted as the kernel of truth in our parliament democracy,” he added.

Will the assurance that PAC will continue to function without interference and the current cabinet reshuffling "exercise" convince it is not linked to change the line-up of PAC? 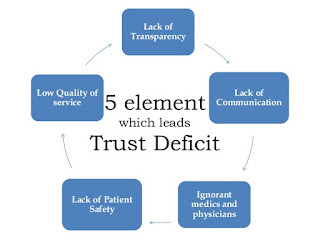 One can argue that it makes no difference since the affected members are from Barisan Nasional and having eight out of 12 members, the consensus will be skew heavily on BN's decision. However, there is the believed that the three of the Deputy Minister appointed have formed a negative opinion of 1MDB.

Such perception will be difficult to address in the light of additional three arrest which include a Deputy Public Prosecutors and suspicion of Bank Negara Malaysia officials are being scrutinised for leakage.

Trio only brought in to facilitate 1MDB investigations, says Zahid

KUALA LUMPUR: Datuk Seri Ahmad Zahid Hamidi has said the trio detained in relation to leaked information on 1Malaysia Development Berhad's (1MDB) probe "were only brought in to facilitate the investigation."

The Deputy Prime Minister said the trio were needed to assist police on how the leaked information was shared to Sarawak Report and social media.

"The three were detained based on reports that were filed. The investigation is done to determine how the information was obtained…whether it was leaked by someone from the MACC, AGC or Bank Negara.

"Even the police are not spared from having their statements taken," he told reporters at the Kepong Wanita Umno Division Delegates Meeting on Sunday.

Ahmad Zahid added that the focus on the probe remains on whether the leaked information was sold or given to Sarawak Report and other portals.

"The investigation is in accordance to the law. Any information which comes from any department or task force should not be leaked with the intention of tarnishing the image of the PM. I applaud the police for being professional in handling this matter," said Zahid who is also Home Minister.

In sync with the effort to plug leakage and tampered stolen information, the administration has finally realised the need to take action on slander, spin and lies perpetrated by social media. Despite denial by Zahid and earlier former MCM Minister, Dato Ahmad Shaberry Cheek, Dato Najib instructed below:

KUALA KUBU BARU: The Malaysian Communications and Multimedia Commission has been instructed to streamline laws  and step up enforcement to check the dissemination of slander on social media.

Prime Minister Datuk Seri Najib Tun Razak (pic) said Sunday that if slander on the social media was allowed to fester, it would alter the thinking paradigm of the people and create a state of "trial by social media".

"When faced with trial by social media, we, as members of the administration will be declared guilty before trial.

"But when it comes to the opposition, it is all considered defamation, not considered as the truth. Is this not weird?" he said when opening the Hulu Selangor Umno division delegates meeting here.

Najib said the Government could not obstruct the progress of technology but it also could not give absolute freedom to the extent that untruths were turned into truths.

He said Umno should also become an active social media practitioner and have a specific programme to change the perception of the people.

"Today, perception seems to overwhelm reality. We need to understand the situation when faced with attacks in cyberspace to better position our party," he said.

Najib said party members should come up with strategies to attract the support of the people and not revel in one's own self-satisfaction when implementing any programme.

On the recent Cabinet reshuffle, the prime minister said he would ensure that the Cabinet ministers delivered effective service to the people.

He added that Umno members in the three states he had so far visited, namely Malacca, Negeri Sembilan and Selangor, had expressed support for his leadership.

He expressed appreciation for the support and said it would drive him to strengthen the party and bring the nation greater success. – Bernama

Efforts to address the slander that came about from the cyber psychological warfare by the opposition and critics of Dato Najib have been undertaken. 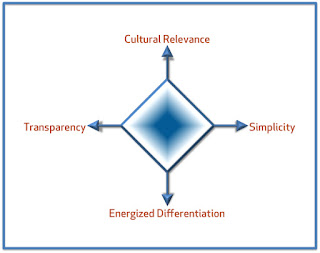 By right, the immediate response to dispell any slander should have been done without much delay.

The critics were able to do so because 1MDB and public funding accusation was not an easy subject matter for party supporters to defend or debunk. Just like the public, they are not privy to information and the complexity of issues are not issue to understand.

In the land of the mute, the one speaking is king and holds court to public opinion.

To remind of another mistake written before, there was the problem of not addressing issues to the right target. There was an early attempt to response using political answer to what was a business issue. When it became hot and turned political, there was a brief moment in which the response was corporate communication style.

It is still better late than never to correct the wrong information already widely disseminated. However, after correcting it, there must be serious and all out effort to revive confidence and reduce trust deficit on public institution and political leadership.

The way to do it is to be truthful without any suspicion of cover-up and spinning.

As it is the investigation on slanders under the offense of conspiracy to topple the government, may not be convincing.

It is a legally serious offense but excessive use of the term by ruling party politicians in the past without any serious actions by authorities made public lose confidence in government's seriousness to punish treasonous offenses.

To regain confidence and trust, government must be honest and truthful. If there had been bad decision made, admit it. Any loophole in corporate governance must be corrected. Offenders rightfully punished.

The truth is always clear.

When you start a lie, you have to create more lies to cover previous lies.

Or you can start arresting or harassing people. Put some threat etc.

The smart ones will see the truth and remain quite.

The loyal ones will bark for you, but for not being smart, they will bark the wrong stuff. Stuff that will back fire, and reveal the real truth. we must thank Ahmad Maslan, Azalina, Tun Faisal etc for spinning without realising they are spilling the beans.

Or maybe they are the real conspirators, bungling for Najib, big time.