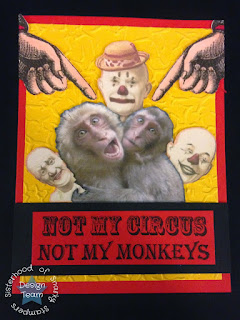 The circus should begin tomorrow 29th till 30th. On Monday, it is supposed to be the Merdeka celebration.

As per our posting yesterday here, this Bersih 4.0 is boring-ly the same ole cowdung. Maybe there is a slight difference with DAP taking a lead and Chinese are not mere spectators as indicative of the pre-Bersih 4.0 rally in Batu Pahat. However, there are still lots of predictable happenings and reactions.

Predictably, there are attempts to turn it into a spectre of May 13, 1969. There was that silat demonstration outside Sogo by an anti Bersih group. They threatened to gather a crowd of 30,000 for an anti-Bersih 4.0 rally to begin at Low Yat tomorrow.

All the silat and threat, but the latest heard they were advised by police to do it at a latter date. It is all quite predictable wayang similar to that by Pemuda UMNO and Perkasa in one past Bersih.

As expected, DAP jumped in to the retreating "threat" with their own reverse psychology circus act. DAP MPs was reported by TMI as claiming threatening flyers were found outside their headquarter.

Can't help but see all these politically motivated circus as almost typical of Malay NGO. 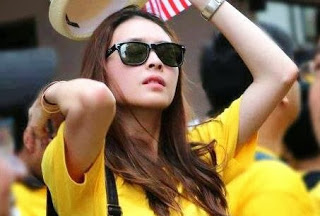 In yesterday's posting, we wrote:


All the Bersih demonstration with it's pre- and post-events, demands, arguments and counter arguments, actions and reactions by authority, organisers and supporters, and even down to the gathering points can only be expected to be a repetition of the past.

As Hafidz Haharom wrote in MMO here, Bersih is repeating itself that after 10 years, they themselves had not developed into anything significant. Same old, same old rhetorics.

True enough, Bersih started out on the premise of seeking electoral reform.

The first Bersih demanded for clean up of the electoral roll, use of indelible ink, abolition of postal voting for military and police personnel, and free and fair access to mass media for all parties.

Bersih 4.0 seek for:
Many electoral reforms is abbreviated into free and fair elections as they are seeking more political objectives. The underlying demand is for Dato Najib to resign.

Maybe the pro-Tun should be marching together in the tear gas and water spray than comfortably in a hall in Pasir Gudang for a talk.

Bersih kept claiming it is apolitical and a civil society movement. From the first Bersih till the 3rd, political parties play a major role with Anwar appearing late on a motorbike at the first Bersih to deliver the memorandum at the palace gate.

Bersih 4.0 could be a circus or ruckus but it be will be no different! 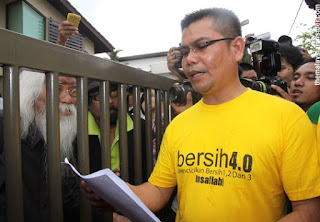 Now to another circus act. In a past posting two weeks ago here, we wrote about Malay NGOs who does nothing but talk and demand.


Most NGOs are basically platform for have been or wannabee politicians. Politics is necessary and part and parcel of activism, so some NGOs position themselves as pressure group.

If the view and stance taken are well thought out and sincere, it is fine.

The problem is most such NGO are not independent and in-depth in their position on issues. It is skewed to serve the interest of certain partisanship or political faction or even individual agenda.

The charactertistic of such NGO is to hold seminar and discussion regularly.


Typical in all these NGOs is to hold frequent and regular seminars, forums, and all sort of "majlis ilmu" (knowledge events), they say.

Come event time, the attendance by members itself could not fill up the halls. So they invite other NGOs and seminar groupies to attend. For the opening and only important agenda, university students are invited or forced to come to fill up the halls.

Sometimes it is not the numbers that matter but the quality. Even that is suspect. The events are pre-empted with their already drawn up resolution irrespective of the discussion. Obviously not much in-depth discussion since it is merely brief presentation by paper writers and the moderators kept giving the excuse "masa tak cukup".

Typically, these well written resolutions are mostly about "mendesak", "menuntut" and "mencadang" on "kerajaan" to do this and that.

Lately, it is heard one of the NGO the posting was meant for got a contract. What contract, under what company, for what is not known and how in heavens could an NGO get a contract, beats me. That is that.

So no blame of racism for ridiculing Bersih 4.0.

Singapore's Online Citizen in our bloglist reported of Dato Khairuddin Hasan making a police report against 1MDB in Singapore.

Why need to make one when Singapore authorities made a statement many weeks ago that the bank accounts linked to 1MDB were frozen for investigation?

After Arul Kanda appeared on TV, this yoko re-appeared in Switzerland to make a report to the Attorney General Office there to investigate 1MDB. It seemed there was documents provided.

It is quite understandable for them to investigate Swiss Banks operations. On what jurisdiction do the Switzerland authorities have to investigate a Malaysian-based company, 1MDB?

Khairuddin was one the first person to grab the public attention when he came forward to make a police report against 1MDB in Penang.

It seemed he made a police report in France. The latest Sarawak Report posting (they e-mail those in their mailing list these days) is working hard to explain the rational for the police report made in France.

Hopefully there is no wayang coming up like that by SUARAM on Scorpene. They claimed Najib is already to be put on the stand on a trail but in turned out it is just a court for investigation.

Na ... it is still a wayang to gain attention. 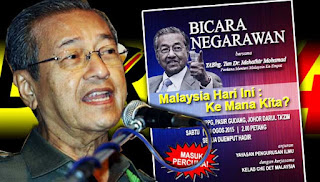 In Tun M's latest blog posting, he still believed that the RM2.6 billion "donation" is linked to 1MDB. It was reported that he demanded Dato Ahmad Zahid Hamidi to prove his claim that he has met the "Arab" donor.

For that matter, everyone should prove their allegations i.e. show proof and not just making opinions.

One thing for sure is that The Edge, SR, and other copy cats often make their claims of link between the supposed "donation" and 1MDB using the following diagram:


Jho Loh is said to be responsible to flow the US$700 million money back Najib's account.

The diagram claimed Good Star Limited belongs to Jho Loh, thus it is the so-called proof that Jho Loh had rechanneled the money into Najib's Private Banking personal account at Ambank. In the diagram that money flow is drawn in green line.

The claim on Good Star is based on a leaked e-mail in which some part had been conveniently omitted out by SR. Every publication used SR as source. But, Good Star is DOES NOT belong to Jho Loh but  a SUBSIDARY of Petrosaudi.

Maybe Tun M has other proofs. He must begin to share his proofs as much as he demanded proof on Zahid. Everyone making any allegations must be replied with a "Proof it!" demand.

Quite sure a commentator whose not read this blog's past posting should be delighted with this repetition.

Petrosaudi could be a bad investment decision and maybe there is truth that the Turkmenistan oil field is a conjob. The fact is 1MDB got their money back and with some profit.

There could be bad decisions, issues of corporate governance, bad management of financial affair, and other possible mismanagement issues but to accuse of the crime of swindling  money, one has to prove it.

The burden of proof is on toi.

So far, Tun M has not proven that RM42 billion had disappeared from 1MDB. Arul highlighted 13 factual errors made in his allegations.

So for Saturday, he should share his proofs on all his past allegations rather than making new ones. It is time the public demand for proofs on everyone making any allegations.

There are those that build their opinions purely by blindly trusting what Tun M and another statesman said without bothering to study the facts, look into the details, and understand the financials.

And without any shame, these clowns made public statements to give opinions and offered suggestions. That is why the country is looking like a circus these days.

Rationality is a scarce commodity and every other person is spinning endlessly in the social media according to their suspicion and preferences.

Every other things are not making sense.

The latest act is a lawsuit by UMNO as filed by a member against the President but the Executive Secretary's name is mentioned.


That could be tantamount to suing the party. Doesn't the party constitution means automatic expulsion?

Well, we are still waiting for the WSJ to be sued.

And for Clare Rewcastle-Brown to be extradited.

And for Jho Low to clear the air once and for all.

And for the Singapore Business Times paper to retract it's report on IPIC wanting to pull out of its 1MDB deal.

A lot of waiting there, lah!

Ridiculous events occur when the leadership is substandard

Go to the public,answer these damn question and pm will be the greatest pm that malaysian have.

Even if it is answered with full disclosure, it is pointless. It will still be twisted and more priving questions posed.

For sure Mahathir will still not believe it. He will twist and turn to insist on this and that.

The intention is never to get answers but shifting goalpost till Najib is thrown out. Mahathir is dead set to throw Najib out to save his long time corporate cronies YTL's IPP and Vincent Tan's business from GST