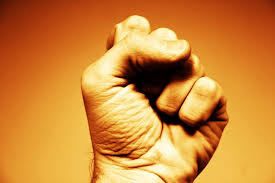 Dato Najib was reported by Bernama as saying Malays will become "bangsat" (destitute) if UMNO loses power. TMI translated the "b" word as outcast.

The 1977 published Kamus Lengkap by Pustaka Zaman translate as crook; poor, destitute (person); bed-bugs; travel, roam". In the light of Penang's demolishing more Malay villages, the translation outcast has similar meaning to the word pariah if that is the  message from the Edge group.

Big Dog pun a common motto into "Bersatu teguh, bercerai bangsat" to mean disunity will lead to disaster for the Malays. Life of Annie discuss her earlier posting which refers to crooks that lead other Malays to destitute.

The other part of Najib's statement on power is interesting to explore. It refers to power from the perspective of political power.

In the midst of conspiracy to topple the Prime Minister, the arguments evolved around legitimacy.

According to the Westminister system, the leader of the winning party or coalition leads the nation. He will no more be legitimate should majority of the member of Parliament vote nay in a vote of no confidence.

Politics is not the only source of power. So it is legitimate to ponder whether UMNO do has control and applies power well.

Physics defined power as the rate of doing work. The simplest definition of work is force multiplied by distance.

From the political or social science definition, it also means the ability to get work done but via others.

Power is the ability to influence or control the behavior of people. It is a means to a certain action, usually social action and it could be positive or negative action.

Referent power refers power based on charisma or interpersonal skill to attract others and build loyalty.

Expert power are the power to get others to listen and respect from the knowledge and skills to understand situation, suggest solutions, and make good judgment.

Subsequently, informational power was added as the sixth source of power.

"It further divided power by source: power either stems from personality or leadership, property or wealth, or organisation."

Power has many interesting dimensions.

For instance, some people may have the knowledge and skills but have trouble influencing others. Some applies power and be seen as powerful. Some could influence but without applying power.

Power could be associated with the struggle over resources. The more scarce and valued resources are the more intense and protracted are power struggles.

The process of power involves a variety of power tactics to push or prompt people into particular action.

There are plenty of examples of power tactics that are quite common and employed every day. The power tactics can soft or hard, rational or non rational, and unilateral or bilateral.

These are positive types of power.

UMNO power have much to do with Malay feudelism. Part of feudelism is negative as in coercive power and positive as in reward power.

In Galbraith clasification, Najib's statement is the application of condign power. If UMNO is no more powerful, the argument goes that Malays will face a life like what is happening in Singapore and Penang.

Looking at the coercive power elements at work, has the conditioned power through persuasion and openness been exhausted?
at 8/24/2015 01:39:00 PM

Look at Spore Malays. Now is a 3rd class society. Meritocracy is bullshit, racist and oppression. This meritocracy act as weapon use to kill and diminish the Malay under LKY regime

But to no avail that is not what the kaki bodek and penjilat tegar is telling him or he might be closing his ears for not wanting to hear.

sooner or later the truth will prevail, if not from the agencies that his administration is oppressing but from the international agencies that are doing their own independent investigation.

Sad, because UMNO can do the right thing but fail to do so. They can only blame themselves for losing the trust of the Malays. Not the Jews, not DAPs, not PKR, or anybody else.

The cleansing process is just beginning.

This Pm like to utter the word bangsat.bangang.haram jadah to Malays...what abaout if we describe Bugis like...tikam belakang.pembunuh(killed using poison)..tidak boleh dipercayai...ambil bini orang..guna ilmu hitam...rasuah...tipu duit rakyat...If we looked back the history of Johore ..how the Bugis interfered the politic of Johore Sultanate...the given word best describe the scenario...

You want to see the actual embodiment of absolute power?

Look no further than our Tun M. Don't have to tell others that he is of warrior bloodline. Don't have to remove people from position of power (save for Anwar the Sodomizer). Don't have to persuade the chinese with favorable policies but still win their support. And despite the problems he left behind, people still look up to him.

That's power to you.