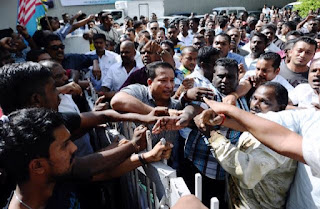 After months of bitter and rough rides, the tornado that hit the Malaysian Indian Congress (MIC) has finally subsided. The lies, misleads, U-turns and chaos has hit an abrupt halt.

Datuk Seri Dr. S. Subramaniam has won the presidential seat uncontested and is the 9th President of MIC.

At last, a professional will run the party and it’s the end of an era of gangsters and hooligan politics that have ruled Malaysia’s largest based Indian party previously under the leadership of Datuk Seri G. Palanivel. 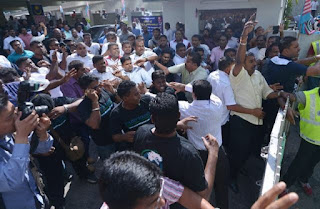 Team Palani left no card unturned to allow this turn of events.

They dragged the Registrar of Societies (ROS) to court, filed numerous court appeals against decisions made, performed pseudo-hunger strikes, created ruckus and threatened the office bearers of ROS and tried sabotaging the presidential nominations violently.

Tears rolled and blood was shed but the sweet taste of victory is far more rewarding than pain endured.

Ultimately, good triumphed over evil and the truth prevailed. More than 90 percent of branch chairmen held their hearts in their mouth, faced the wrath of gangsterism and physically presented themselves to show their support for Dr. Subra.

Despite all hardship, the march towards getting what they wanted is an inspiration by itself.

Now that the dust is settled, where does this leave Team Palani?

Those who dragged the ROS to court have already lost their membership in MIC by virtue of the constitution.

More importantly, Palani has lost it all. He was stripped off his ministership and is alleged to be one of those who is trying to oust Prime Minister Najib. Presently, the only post his holds is an independent member of parliament for Cameron Highlands. 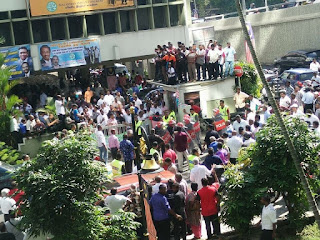 Previously, Palani threatened the PM that if he is removed from the cabinet, he would resign as the MP of Cameron Highlands. However being a U-turn king, it is unlikely that Palani will walk the talk.

Initially, there were talks of Team Palani forming another Indian-based party that is BarisanNasional (BN) friendly. However since facing the sack from cabinet, this notion has very much died off.

There is a new rumour that has surfaced from within the camps of the Opposition. Palani along with Datuk S. Sothinathan, Tan Sri S. Balakrishnan and AnbumaniBalan have met up with Prof Ramasamy and discussions are ongoing for the foursome to join the Democratic Action Party (DAP). The close camaraderie between Ramasamy and Palani may facilitate this action.

If this rumour is indeed true, BN would be celebrating the exit of Team Palani.

Palani and Co are nothing but trouble-makers and their entry into DAP will ultimately spell trouble for the Opposition.

Sothi has been eyeing the Teluk Kemang seat for some time now. His only shot at it presently is if the Opposition gives him the candidature. Hence, Sothi joining DAP makes sense to him. 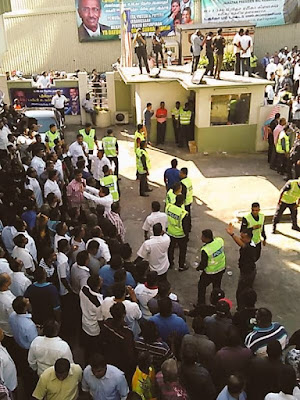 Palani and Co are no asset. They are a liability to any organisation and it is interesting to see how Guan Eng reacts to the proposal of them joining DAP.

Whatever the outcome, the demise of Team Palani is inevitable. They have reached a dead-end in all attempts. Let’s see if the cursed will be allowed into DAP in the near future.

One thing is for sure, MIC will emerge stronger following the recent catastrophe.

MIC....please pull yourself together and become a valuable asset to BN. Indian only constituted 9-10% of the Malaysian population yet your MP is given quite a number of valuable and powerful ministry. So pls don't screw up like some of your BN counterparts.....this advice also goes to the rest of the BN members....

You must have smoked Colombian Grass before hitting the keyboard to project the current default president as Saint Subra.Gun toting Sara looks likely to be the honourable person to plunge the final dagger into MIC.....this will be next episode.


MIC stands for Malaysian Indian Congress and it is no Council.....please get the basics right before babbling away.

The woes of the current MIC is a foreboding story of how things will pan out for the coalition partners of BN after the next elections.

While Palanai and company may not get plums from DAP they can take away thousands of supporters to back DAP and PKR in the next elections to further dent MIC's dismal death.

Its a good time for some indians, mamak or otherwise, to stop being busy body in umno politics.

Amri, Malaysian Indians will never come back to MIC or BN for that matter.They have been trampled upon and short changed by the evil BN captain for the past 30 odd years.
Just recently another Cabinet post was taken away from MIC by the pirate.

Look at Penang and Selangor.....many Indians have been given opportunities, not necessarily exco or GLC posts but business and contracts in an open and transparent manner.

You must have drunk lorry loads of ketum to be ignorant of such happenings.