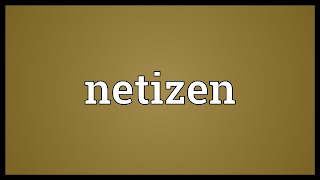 Since giving his frank view on political funding which basically shut DAP up from attacking Dato Najib on issue of the RM2.6 billion transfer into Dato Najib's personal account [read here], Dato Abdul Rahman Dahlan have been in the news ever so often.

He said opposition and critics including Netizens were changing goal post as they stop accusation of missing and stolen 1MDB fund and raise new issues by posing new sets of questions without apologising for earlier wrongful accusation.

Rahman Dahlan repeated the denial that was confirmed by MACC. He stressed that the money transfered into Najib's personal account was not rechanneled from 1MDB.

His frankness to expand on that he may have hit home the simplistic answer for both the cynical urban and simple rural folks to explain for the non existent missing 1MDB fund invested in Petrosaudi.

As he explained it, he highlighted that there were US$1.9 billion were invested in Petrosaudi.

Upon maturity, 1MDB will get back US$2.38 billion. If money is lost as claims of faked oil field in Turkemenistan and squandered JV money is heard, the money returned will be less than RM1.9 billion and the gain of US$480 million will not be seen at all.

Off course, Petrosaudi issue need to be expanded. All the exposed money trail published by Sarawak Report, The Edge, etc. were based on the wrong assumption that Good Star Limited was a Jho Loh-owned company. Good Star is a Petrosaudi subsidiary.

For the time being, hear below the video of the program last night:

While Rahman Dahlan could provide logical answers, the sheer size of RM2.6 billion and the use of personal accounts could not convincingly assure all the grassroot UMNO members and public. The indication is from Netizens opinion and their influence on public opinion.

Dato Najib realised this as he said there is sufficient time to explain further for the next election.

Nettzens could be gullible in changing goalpost. Their discussion has shifted from stealing of 1MDB money to issues of tax, jokes on what constitute corruptions and donation, inclusion of donation in the definition of "suapan" in the MACC Act 2009, and various law perceived to have been broken by the transfer.

The problem is it cannot be ignored but to be engaged and moulded.

In the meanwhile down south, Johor UMNO seemed vocal to the sacking of Tan Sri Muhyiddin.

After his audience with the Sultan on Saturday, Menteri Besar Dato Khaled Nordin and his son, Akmal Saufi sounded like a rebel, as Annie said here.

It cannot be assumed that their attitude came from his highness's decree. Earlier, Johor Speaker Tan Sri Mohamed Aziz already warned that the new cabinet reshuffle could split the party. And, Muhyiddin said he will continue to speak on 1MDB [read ST here].

There is also a rumour that the resistance to Najib is not just limited from Johor.

There is rumored royal resistance to planned changes for Kedah, Pahang, and Perak Menteri Besar. Rumour on Negeri Sembilan have subsided after MB's denial of viraled audio of himself.

Latest investigation by police on a MACC Director seemed not to be taken well. Yesterday at the MACC in Putrajaya, there was a special solat hajat perdana held to pray for the nation. It could be a silent protest for the arrest of DPP Suzaili which was handling MACC cases.

It could also be indicative of wider resistance from the civil service.

On the ground, it is more than the issue of moving goal post. The perception on the changes to the PAC members and top officials of organisations in the Special Task Force does not auger well. Fer factor employed could be building up more resistance.

Dato Najib should be made aware.

He could not assume Melayu mudah lupa and time will be the healer. Lesson to be learned again from 1MDB is not to response too late. The peril of ignoring happenings on the ground could be disastrous. More so, when there is the feel of an impending clampdown on social media.
at 8/05/2015 02:15:00 PM

Who said that money belongs to that company? Please go back to the initial allegation, and there is nothing said about money from that company. Go and check again what wsj document. But wsj is right - money went into a private account. Why rahman isnt tell the people this?

No one is defending wsj. It just rahman answered a question that no one is asking. There is no point at all quoting macc whatever. And the public was hoodwinked into believing the real question is whether that money is being siphoned from that country.

They are answering question that no one is asking. Pointless.

PM, his consultants and many in his cabinet are detached from the rakyat and their life. Unless the PM is willing to listen starting from UMNO members who has no jawatan or kepentingan his strategy will not better pru13 result, and attending touch n go umno functions dont count.

Deputy Finance Minister Ahmad Maslan had said it was plain stupid, i repeat STUPID, of Prime Minister to transfer the billions into his personal accounts.

WSJ said 2.6 billions were transacted into Najib's personal account, and stated that the source was unknown. But Najib responded he never take any fund for personal use.

"You can bluff some people some time, but you cannot bluff all the people all the time" whatever goal post you want to talk about.

Despite Bank Negara wasting billion dollars trying to support the Ringgit, it is rapidly going down toward the RM4.

Retail businesses are really bad now. If you are not losing money, your profit margin is being squeezed down substantially. As a reflection of the economic scenerio, banks are squeezing housing and car loans, more property foreclosures and car reposessions, even Najib's Felda share price has dropped to level beyond imagination.

Can anyone remove any gosl post on the above? Perhaps the Prime Minister has spoken to the Finance Minister to buck up and build new goal posts.

re, Dato Najip should be made aware,

I was made to understand that Najib was surrounded by foreign and local consultant ,shouldn't he be always inform of thing's ,should he need other then that ?.

You know, there is a master reset button, right?

That would be Najib to resign and leave.

This whole thing is just beyond salvation. With all the arrests, and pathetic responses from ministers. It's really going nowhere.

It could have become a pre-emptive strike with full disclosure of information, but you all let Sarawak Report hog the spotlight. So, instead of fact presentation, it has now become an expose'.