Pua's diverting the diversion to divert a diversion 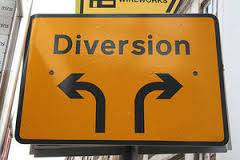 In the previous posting here, the latest Wall Street Journal so-called expose on the accounting anamoly between IPIC and 1MDB was seen as a diversion to divert a diversion.

NST, BH and TV3 disclosed the content in the document submitted by Xavier Justo to Thai court for his guilty plea to revive the conspiracy to topple the government story.

It serves to divert the public attention from the damaging statement by former Deputy Director of Special Branch, Dato Hamid Bador. And, it did reduced further exchanges between him and Datin Seri Rosmah's assistant as not newsworthy.

In the disclosure, unfamiliar names like Nurul Izzah and Kamal Siddiqi were mentioned [read Rockybru here for the link to MMO on Kamal]. 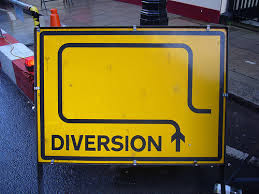 Before this, he had denied of having met Xavier Justo as per Singapore's Strait Times report of a meeting held at Fullerton Hotel, Singapore. However, he admitted being the go between for Clare and two The Edge's top gun. This put him in a hot soup. IGP will be taking his statement again.

When pushed to the wall, Tony Pua's typical strategy is to make an attention grabbing statement to divert attention. So he picks up on where WSJ left off. The extract from FMT report as follows:


“As rightly pointed out by the WSJ, the USD1.4 billion does not appear any where in the financial statements of IPIC for the year ending 31 December 2013 and 2014 which was audited by Ernst & Young.”

While the USD1.4 billion or RM4.5 billion was a non-current asset categorised as “other receivables, deposits and prepayments” in 1MDB’s accounts, there was no corresponding sum or classification appearing in the current or non-current liability in IPIC’s books, he pointed out.

The fact of the matter is that IPIC did disclose the USD3.5 billion guarantee it has provided 1MDB in the accounts, said Pua. “They said, ‘the Company benefits from back-to-back guarantees and support from 1MDB and has secured for its Group the rights (“the Options Agreements”) to acquire up to 49 per cent stake in the shares of two subsidiaries of 1MDB at a fixed price’.”

“Strangely however, it omitted to mention any collateral amounting to a very substantial USD1.4 billion deposited with IPIC or any of its subsidiaries.”

The major discrepancy between 1MDB and IPIC’s financial statements leads to the conclusion that one of the accounts doesn’t tell the truth, he argued.

Without any source disclosed, the WSJ report subtly accused 1MDB as falsifying accounting record on a US$1.4 billion payment to IPIC.

WSJ reported that Auditor General report (presumably given to PAC) mentioned 1MDB paid the money due to IPIC's subsidiary, Aabar. By right, WSJ should get a response first from Aabar or IPIC before making the report. They only claimed Aabar and IPIC could not be contacted or did not response.

It seemed to be a convenient excuse for WSJ to assist certain party under the heavy 3-day shelling by Media Prima. One could suspect WSJ is assisting to buy time for other undisclosed names. 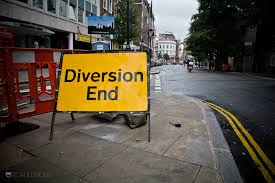 Arul reminded Tony Pua that he had illegally dealt with stolen goods, thus unfit to be a member of PAC. Earlier call for his resignation from PAC was made on the basis of conflict of interest as he is an interested party.

To quote from Arul Kanda's statement (taken from Bigdog's here) below:


“We remind Pua that the key terms of the bond and the IPIC guarantee are contained in the notes to the 1MDB audited accounts dated 31 March 2013 and 31 March 2014,” said the company. “These are publicly available documents."

“1MDB had also provided a detailed answer to The Wall Street Journal (WSJ) report on 9 September 2015, defended its audited accounts and confirmed that it cannot comment on nor have knowledge of, the accounting arrangements of third parties such as IPIC or Aabar.”

Arul Kanda's statement should not be seen as a spin as it is has become his second nature to respond to any allegations on 1MDB.

The media should remember Tony Pua's diversion on IPIC is a diversion from being highlighted to have lied in denying to have met Xavier Justo.

Having met and conspire the anxious to celebrate with a Champagne, Tony Pua is implicated in the current investigation on the conspiracy to topple the government. That is a serious offense under Section 124 of the Penal Code.

There is also the suspicion that he could have illegally leaked selective parts of the confidential report to PAC. It would be unbecoming of a PAC member to infringe on parliament procedures.

Sceptics will argue that the conspiracy to topple was a master of all diversions. It will be should the story is incomplete and left hanging. The latest revelation serves to fill up the loopholes [read Bernama report in The Mole here].

Similarly it would be a diversion from the truth should accusations made with certain facts ignored and proofs withheld. And, it is an unprincipled act to accuse on the basis of wrong facts.
at 9/10/2015 10:17:00 PM

at the same time, Najib should also explain on the donation issue

Anonymous said...
This comment has been removed by a blog administrator.
1:49 PM