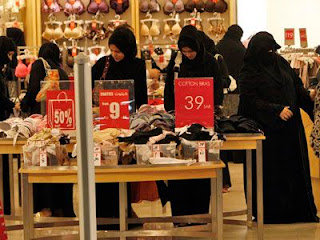 One reason why the anti-Najib Campaign (ANC) failed is because they tried to dupe the public with propaganda based on spinning of news, manipulation of facts, and outright lies.

Another problem attached with this cheap, shallow and SPM drop-out reporter style of propaganda headline and soundbyte is that they repeatedly fail to tally and ignore facts and logical reasoning.

They have no shame. Tak habis-habis menipu.

They kept changing figures and money flow charts on the "lesap" 1MDB money. From day one, none of the ANC army of slanderers, particularly Sarawak Report, could outrightly proof the allegation Good Star was Jho Loh's company used to divert money.

Outsyed The Box went to the extent of claiming Malaysia will be bankrupt TODAY! Surprise that the former banker does not understand what is arbitration and think 1MDB is dunggu to disburse money without proper documentation.

The opposition and echoed by ANC came up with a birdbrain allegation like GST was imposed on rakyat to cover for 1MDB losses. They will be in for a surprise on this. 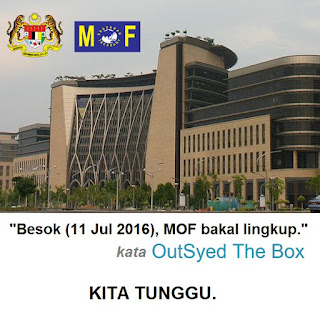 The RM42 billion "lesap" could not be proven, but number was changed to RM27 billion, RM17 billion, and then "berbillion-billion".

It has not ended because they spinned the OSA-ed Auditor General report to claim USD7 billion unaccounted or more precisely it may not be understood by the auditors. Last one, they made an outrageous lie to say RM50 billion is now "lesap" because the latest available 1MDB accounts (before rationalisation) shows liability at that level.

Despite official statements from the Saudi Arabias government, they insist WITHOUT OFFERING PROOF on the allegation that RM2.6 billion donation was money from the Petrosaudi deal diverted into Jho Loh's company. Good Star Ltd.

It is not difficult to get a confirmation from any company registrar but why was it not done? The ANC will twist to insist investigators to do their bidding and claim AG blocked them. They are now bandying around three or even four different versions of money flow to conveniently add up to RM2.6 billion.

Pity a relative insistent during Raya visiting conversation that Najib stole money and should be charged based on his limited power of reasoning. When posed with the question what act of law prohibit receiving donation, political or otherwise, for Najib to be charged, he admit not having the details and just stormed out?

Typically, ANC are usually stuck within pre-December 2015 events and could not take their argument any further or keep abreast with latest development. They would usually say read this and this but could not explain what was reported in their own words.

Their favourite line is to question on the removal of various government agencies heads but refused to address the existence of a leak charge sheet when Tan Sri Gani Patail unauthorised initiative to form a Special Taskforce was just put together.

The ANC can only question but could not put a firm allegation. Even Tun M failed to make specific allegation. The suspicion is he does not have the specifics what, when, where, why and how thus only raise questions and fault finding on the replies.

Their understanding and allegations are based on selective information to remove the unfavourable development and pick the one they could make a negative perception out of Najib. That is a dishonest political campaign. 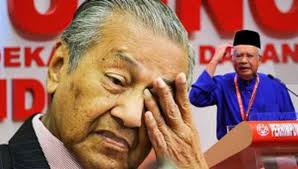 The ANC used to claim GST was imposed on the rakyat, which was clearly meant to invoke public rage, to cover for the money lost because of 1MDB.

Unlike TNB's YTL IPP, Maminco, BMF, and many other financial scandals of the past, money was either lost or someone else had to pay up for someone's else easy money gain. An indisputable fact is 1MDB did not suffer losses.

The worse that could happen is they may lose on a certain investment or portfolio or deal, which has to be determined first which one. At the bottom line, 1MDB did better than Tun M's other blunders. They did not lose money and the negative carry on the IPPs portfolio did not realised into losses.

1MDB had to be linked to GST to further invoke peoples' anger. GST is one of the main issue used to the hilt by Tun M, ANC and opposition. When the wallet is affected, it is easy to invoke the rage of the people. That way it serve the political purpose to see Najib go.

Tun M's real reason to see Najib go is never known but it could only be suspected that he was protecting his IPP and privatisation cronies or insist non-committal Mukhriz be given a special lane to the top of UMNO leadership.

Tun M made known that the issues used against Najib is Sirul's death penalty, BR1M, 1MDB and GST. No Malay agenda issue from a mamak who rose by creating an image of Malay ultra.

Sirul is a non-issue and he admitted to have arranged for Sirul's escape to Australia. By right he should be able to reveal who gave the order by now. He didn't because defending a convicted murderer did not go down well with the public.

BR1M was an issue that is theoretically correct to oppose but popularly accepted applied economics tool. It was not expanded. 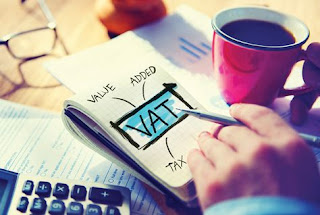 So Tun M had only 1MDB and GST to play on.

Even his Citizens' Declaration has no substantive reformation  or in Najib's term, transformation agenda to offer. Only deal with it when he cross the bridge to bring Najib down in which trust Tun M to not do any reformation when power is within his hands.

1MDB has been talked to often but not enough on GST.

Believe the numbnut that claim GST imposed to cover 1MDB loss is something typical to come out of PAS, usually the likes of Dato Husam Musa.

Common rural folks will be gullible to such simplistic logic but the fact is GST was imposed to address leakage and upgrade our taxation system. Co-incidently when it was put in place, it was timely at the time oil revenue was less and a RM30 billion budget shortfall was covered by GST.

This should be the killer to all arguments against GST. 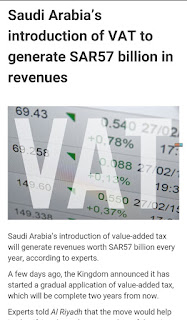 Since 2015, IMF had recommended and Saudi Arabia have been talking about implementing Value Added Tax or called GST in Malaysia.

It is announced that the implementation will be in 2018 together with other GCC states at starting rate of 5%.

This will be the first time the six GCC states will be taxing the people. VAT is the preferred form of taxation over income tax and wealth tax. Eventually, Malaysia too will be more reliant on GST than income of company tax.

There will be more austerity measure by the Saudi Arabian government including sales of state enterprises, cutting down on immigrant workers, income tax on expatriate, subsidy cuts, tax on unhealthy goods, etc.

PEMANDU was even employed as consultant to help their transformation.

Bet there will be numbnuts saying Saudi had to introduce GST to pay for donation to Najib.

The more clever one will question as to why Saudi is curbing immigrant workers but Malaysia is taking in more. They are not clever but cunning because they took money from company not approved to bring in foreign worker or have ex-to-grind against MyEg.com.

The ANC will ignore the fact that a rich oil producing nation like Saudi Arabia had to take such austerity drive and seek other form of revenues.

They will not acknowledge Najib had planned the transformation plan way ahead before the drop in oil prices because Tun M had long felt threatened transformation will destroy his legacy of subsidy and deficit spending.

Unknown said...
This comment has been removed by a blog administrator.
11:18 AM

This posting is about GST in Saudi and not about 1MDB per se. Your comments on so-called RM55 billion liability of 1MDB is out of topic. More so it is inappropriate and a bigger lie to the RM50 billion lesap allegation.

Why should we allow such comments of low intellect be released?

If you had substantiate it, we will release but you chose to question why we refuse to release comments like yours which is only venting out insults and angers.

One commentator in the past posting when at length with more insults to ask to read this and that despite request to explain his or her allegation here instead of parroting news report.

The whole idea to just do personal attack is just a psychological game. And private notes comments think they can shake us?

We have been in this game too long to get influenced or discourage by such game. It is intellectually unappealing to have any influence to change our stand. More so it is laughable because it is usually stupid and shallow.

Most of those common nic get deleted before without even bothering to read. Kamu makan hati saja ....hahaha

It is fine with us that there is hardly much comments. Hahaha ....our hits and pageview is still there. If you call us with so many names but why are you guys still coming here? Threatened????

Our detrators are incapable of articulating a view with civility. They cannot dispute us but resort to insults, venting anger, name calling and only talking from 3rd parties of questionable source.

DO be more mature.

ARTICULATE YOURSELF WITH CIVILITY PLEASE BECAUSE WE LOVE A GOOD DEBATE AND NOT THE UNSCHOOLED CYBERTROOPER BENG SENT HERE.

Minah most prob rba..:)
2.6 bil is peanut to arab billionaire..
Implementing vat is nothing todo with donation.. what a joke..
only malaysian opposition