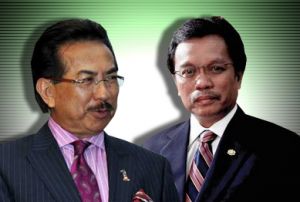 On May 1st, 2015, there was an UMNO solidarity gathering held in Lahad Datu organised by UMNO Lahad Datu and Kalabakaan to receive Prime Minister, Dato Seri Najib Tun Abdul Razak's visit in the heat of attack by Tun Dr Mahathir.

The whole Lahad Datu town was packed to the brim with 40,000 attended including members from UMNO Zone 6 area of Lahad Datu, Kalabakaan, Silam and Semporna. The remarkable number present was provided by Dato Ghafur Salleh. It indicated a rock solid support for Najib.

Interestingly, someone claiming to be within Tun M's inner circle was there to witness the support. He was secretly meeting various people to gather fact and information to form pact against Najib. The contacts may have been made during the Suluk incursion on a Felda plantation there. One can assume he was looking for dissenting voices against Najib as it is heard someone tried to create a group but it didn't take off.

At the same time, he maybe gauging Dato Shafie Apdal's strength and influence. He should realised that the gathering was not spearded Shafie. And if he was the "strategist" and concluded to use Shafie's strength, the current moves by Shafie shows he has no political strength in Sabah.

That is no secret in Sabah.

Shafie started his move by getting Sarawak Report to recycle an old allegation cooked up against Dato Musa Aman on allegations of timber money kickback for UMNO political fund for GE12. He was cleared by both MACC and Hong Kong's ICAC but Clare Brown created a fictitious money trail to Switzerland.

Anyway his game is exposed in the previous posting here.

After the story came out, Shafie was off for umrah to wash his hands from the dirt he did and will be doing. While in the holy land, UMNO Supreme Council suspended his UMNO membership.

In response, he had his people in Semporna created a scene. One can read it in this protun blog here. Najib was childishly described as koyak, typical name calling ala RBA and Reformasi by these proTun. They are inadequate intelligent-wise to grasp fact and argue as gentleman and ladies.

Since the previous posting was to expose Shafie's back stabbing of state UMNO leadership, the cheap game of Shafie was not highlighted.

The report going around is that two of the leaders in Shafie's team quit the party. It was announced that 317 branch heads of Semporna will quit UMNO. Subsequently it was viral that the 317 branches will be closed.

Shafie returned the next day from umrah. Rumour being circulated that Shafie will return to Semporna and hold a PC to announce the closing of UMNO Semporna Division.

However, the charge of Lim Guan Eng for corruption took away public attention and that PC did not materialised. What was reported is this NST today is below:

"We often listen to the agenda propagated by political leaders. However, in reality, does it (the struggle) become a symbol of strength to the integrity of a country that benefits its citizens?

"As citizens, we have the option to evaluate whether the leaders are sincere in championing the people or merely fighting for their own interests,” said Jasni.

Also present was Semporna Umno division vice-chief Datuk Dr Jaujan Sambakong, who on Monday, had announced the resignation of about 300 party members from the Semporna division.

Jaujan, who is also Sulabayan assemblyman, had described the suspension of Mohd Shafie as an abuse of power by the Supreme Council. 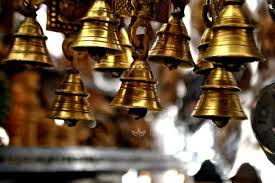 Enough is enough with this Geng Loceng's auta keling.

The resignation of more than 300 branch heads in Semporna is now reported as 300 party members. It could mean there was no 317 branch leaders of Semporna resigning in the first place.

Our source in Semporna claimed there is 100 more branch not following Shafie's way. That is too many branches for an UMNO Division! Are those branches for real or filled up with IC biru holders kept on Shafie's payroll? 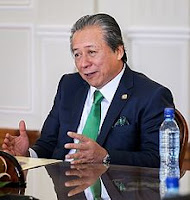 As far as today's announcement, it is puzzling why pro-BN NST would report on a non-event of only 15 UMNO Membakut members quiting? If they could only quote 5 branches leaders, it means there may be only additional 10 members quiting.


Our source in Sabah said the 15 claimed resignations is a fake statement by Shafie camp. Avila Geraldine of NST should check this out.

Shafie's circle of influence is only limited to his own division of Semporna and maybe nearby Lahad Datu, where one of his brother Datuk Yusof Apdal is an assemblyman.

Why no announcement from Lahad Datu?

Maybe Lahad Datu is too solid a Najib stronghold that it cannot be done. Even Yusof Apdal gave his support to Najib in May. He is head of UMNO Silam Division.

Then malu saja bah to announce the fake resignation in Membakut. All eyes are on Lahad Datu or Silam or even the eight former Division heads that tried recently tried to take on Dato Musa Aman. Hard to believe anyone resigning from Kimanis.

If Shafie intend to create a GKCM of Sabah, he is wasting his time with this Geng Loceng cheap stunt.

These Geng Loceng think they are very clever and cunning enough to be political strategist.

Get an education and not try to short cut. There is no way to earn a first degree by only sitting for two to three papers. Pemalas .... ! No wonder incapable of grasping any level of understanding of issues and kept saying it does not matter. Should admit can't compute!

Shafie will no resigned. To much is at stake. As an experienced politican, he is just testing the water and take advantage of the emotional mood on Semporna Umno.

shafie...hmmm....dont really care about him.....gaya romeo ada but doesnt really do much for the country and rakyat...