At 54% turnout, no analysis is relevant 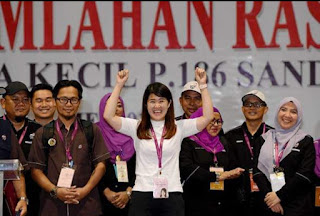 From the day PBS announced Datuk Linda Tsuen as candidate for Sandakan by-election, it was a lost cause already and interest is lost on the by-election.

However, at 54% turnout, no analysis of the DAP win is of any relevence. It is neither a win for the people as Dato Shafie Apdal claimed nor snap out of three consecutive losses for PH.

There is no significant message given out by a by-election with 37% voters turnout as at 1:00 PM afternoon.

It is as positive as the only positive poll on PH's anniversary as government which seemed cooked up for Mahathir to claim voters still prefer PH over BN or other parties.

The winner only goes to the side able to bring out voters at that last dash near tea time. In Sabah, lunch hour is 12 PM. 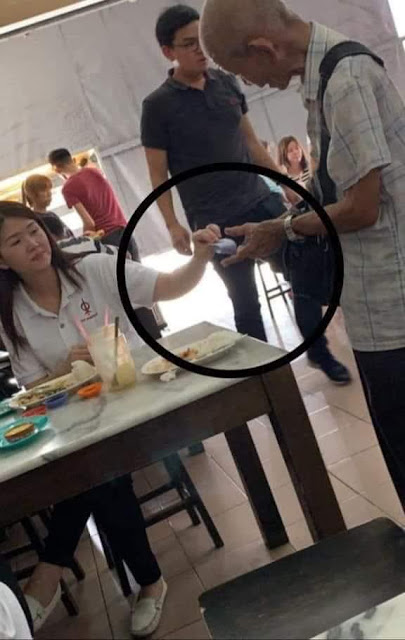 The side that is able to give money wins!

One ground feedback heard was that even DAP had to give money to get the one half Chinese voters to come out to vote.

Though it was said the core Chinese voters guaranteed a DAP incumbent win, they were reluctant to go out. The source said there are Chinese DAP voter insisted to be paid to make their effort to vote worthwhile.

The same source said it was Warisan willingness to pay the voters and their transport that enable Muslim voters to go out to vote and deliver DAP victory.

Datok Bung Mokhtar may have basis to claim there were vote buying. Coming from Bung, it may not draw much alarm.

Source claimed PBS was not willing to pay and unbelievable as it is, expected UMNO to pay for it. PBS left the BN coalition but is part of GBS with STAR, remain of UMNO Sabah and few other parties.

PBS is too used to have UMNO Sabah under former CM, Tan Sri Musa Aman assisted them financially.

Some UMNO politicians claimed early in the by-election that Linda had a fighting chance. But with the machinery having left for PPBM, UMNO's transport system is handicapped to help.

It is PBS that is running thus should have drawn up the voters transport plan. 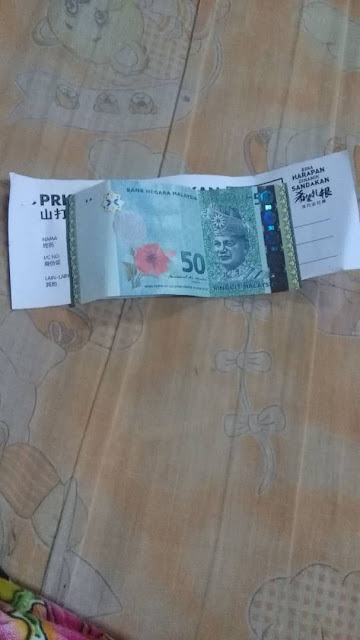 More so with bank account frozen and no voter expected incentive was given out, UMNO could not help much.

In the rural areas and more so, interiors of Sabah and Sarawak, transport is costly. It takes quite a sacrifice to go to the poll.

The first factor in the MMO analysis, "Three things we learned from the Sandakan by-election" explained the indifference of the voters towards the by-election.

It became woefully clear that the people of Sandakan are unhappy with the government of the day, and possibly have been so for the last few decades. Many felt that the once thriving east coast town has potential that is being squandered by their leaders who did little to promote the old timber town known for its great seafood and proximity to wildlife.

The Chinese said business has suffered, no new facilities have been developed to spur economy and the local council has been lacking.

The town, formerly called “Little Hong Kong” is becoming an “old man’s town” and needed a shot of vibrancy; it needed its youth to come home.

The people want development and they want it soon. They were not shy about it, and the ruling government heard it loud and clear. They have been patient and loyal to DAP, voting them in the last two terms as the Opposition and they want their dues paid.

Sandakan saw its heyday during the logging years.

It then turned to oil palm and was badly hit by the low commodity price and poor take-up ever since GE14 result saw PH took control.of government and relationship with China plummeted.

The revival of ECRL and commitment by China to buy Malaysian oil palm does not guarantee recovery. The RSPO requirement would takeaway the coat advantage oil palm has over other lipids.

For Sandakan, it only compound another factor not mentioned in the MMO analysis.

Since the 2015 kidnapping at the Ocean King seafood restaurant, there have been repeated incidents. Border security problems is shying away both foreign and local investors.

Under unofficial whitening program of Shafie, it is a matter of time, Sandakan will follow suit Lahad Datu and Semporna to be filled with naturalised Pinoy.

Linda: Problem from the start 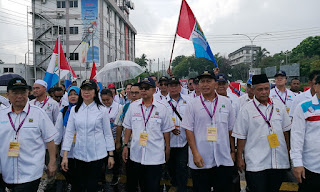 In fact, Linda Tsuen spent more time in Perth A,ustralia than her Batu Sapi constituency then.

MMO analysis claim of Datok NaJib's  Malu Apa BossKu campaign had no impact is a non issue and not worth mentioning as a major factor.

The only other issue with Sandakan by-election is Linda Tsuen.

The idea for opposition unity or any sentiment for a former BN alliance is lost by Linda Tsuen's announcement as candidate.

PBS is not an urban party thus taking on DAP which won with more than 10,000 majority at GE14, at a town centre is an uphill task.

However, Linda is a terrible choice. She was destined to lose not only in Sandakan, but also Batu Sapi at GE 14 as incumbent.

Her track record as MP is terrible, but managed to get on the ballot box at Batu Sapi and Sandakan by exploiting her close relationship to Tan Sri Pairin Kitingan's wife. She insisted in running!

Linda spent more time in Perth than her constituency. Unable to speak Malay, her presence in Parliament was inconsequential.

The distribution of her Parliamentarian allocation was a source of complain among BN component parties in Batu Sapi.

Given the earlier mentioned factors, a better candidate than Linda would not have changed the political senario and possibly outcome.

In Sabah, no money no talk of politics.

Getting more than 11,000 majority against  bad choices of candidate with an indifferent constituent and votes bought has no significance to national political trend.

If chinese voters was only 17%out 51%, then it means it was not chinese or malaysian that gave dap the thumping win.

It must be the poor impoverished projek IC immigramts willingly voting DAP for few ringgit.

DAP can shout Malay Muslim now believe with them. However, it is far from the truth.