Wonder how will it turn out? 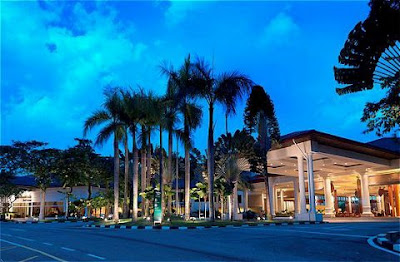 A typical pow wow, is usually held at some expensive resort away from the maddening city crowd. In that relax surrounding and casual attire, corporate executives would have teh creative juice to think and throw out ideas. The purpose of a pow wow would normally be to formulate a problem solving solution or design a strategic direction for the organisation.

Thats fine and well for a corporate organisation, with contained politicking. Wonder what could be generated from a pow wow involving the top hierarchy of a political party.

Never mind the fact that Noraini Ahmad felt that with 52 MT members, there is insufficient time for all to speak in MT Meetings. Will such a meeting generate useful ideas when a voice of a veteran with a novice mind seeking for disciplinary action against Muhyiddin Yassin and Rais Yatim?

Khir Toyo is somewhat hopeful that the retreat could generate something useful. He hope the issues of Malay economy and interfaith is discussed and given ear.

One wonders whether sincerity and honesty could prevail throughtout that two days with party election coming close and competition picking up.

It could be just an oppurtunity used by some to deploy political tactic to pujuk dissenting members, finalise their cai or team lineup, and read into their competitor's move.

Will they be ready for an in-your-face honest view? And, it is about the imminent power change and the need is immediate. The voices demanding one at the party grassroot and among the public is for real.

With the reforms being carried out and rising prices picking up speed causing anxiety on the ground, the party is not just in a state of "confusion", an often used political cliche, but the prevailing sentiment is that of frustation, disappointment and building towards anger.

Do not discount the pent anger of the grassroot in the treatment towards Dr Mahathir that resulted in him leaving the party.

If this weekend end up into another, "kami sokong" chant ritual, I say doom for GE13.

It means UMNO, despite trying to do a transformation for an open and transparent government, it could not get out of its feudalistically driven in-denial mental entrapment that refuse to acknowledge the voices of the grassroots. It is a one-way trip down the revine.

Hopefully there are many brutally honest people ready to voice the people and grassroot concerns, without much concern for what is to happen to them.

Hopeful, yes hopefully, there are such leaders driven by their moral persuasion than by their political accounting. I know there are a few left.
at 6/05/2008 11:37:00 AM

More golf than resolutions. Full of crap. It's not to see how the party can survive. It's to see how to save the president.

It is interesting to see how this retreat scenario is depicted by the public and the media.

Firstly, the hotel isn't as lavish as it seems in your picture.

Secondly, they were truly critical and open on the discussion of issues.

Underestimate those people all we want but things aren't necessarily as we deem it to be.

But hey, who cares right? As long as they are rich and in power, we hate them cause BN lost and the petrol price is rising anyway.

P/S: Nobody played golf. Their schedule was too packed with segmented discussions. Then again, we would say " of course la they didn't play that day because it was raining dat time". Normal lah, when ppl disfavour something, it's always viewed and conveyed negatively.