Rising to the level of predictability 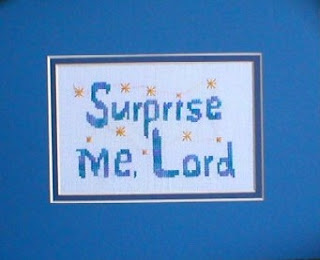 This is just a food for thought on politics.

With the mainstream media getting more liberal and online media anarchic-ly free, the competitive advantage in information and dissemination of information is reduced.

Information is basically available, free flowing, and traceable with use of right keywords. It is transparency at it's near perfection. The rest is about the ability to disseminate, communicate and convince.

A new politics of Malaysia is emerging from this technological breakthrough. Those with access to information will have a different opinion and not easily manipulated by political propaganda than those without access. This has increased the political bargaining power of the technology savvy, non-compliant, and headstrong young voters.

There will emerge non-conventional trends never seen before in Malaysia before like independent candidate and NGO derived political agenda.

All this because the political battlefield is moving surely from the battle of physical infrastructure into the battle of ideas, arguments and proprietary information. In this new environment, propagandas and campaign messages need to be innovative, out-of-the box and unique.

Sadly, despite this technology driven change in the local political landscape, most UMNO activists and bloggers seem to be stuck in old ways, tactics and cliche arguments.

For instance, the stance of party apologists to hide dark party secrets for fear of it's negative impact is a near obsolete an idea as yearning for unstapled pulut panggang.

Other than Malaysia winning the Suzuki Cup, the hot story pervading the nation the past week must be Rocky's newsbreaker about a senior minister being investigated by a foreign NGO group for allegedly raping his maid.

It took off further when Bigdogdotcom released a set of papers with names blackened. Bigdog could be fearing of lawsuits and cumbersome investigations by authorities.

However, Rocky and Bigdog did not disclose names and only seek from the authorities to investigate. But some blogs speculated it was Dato Seri Dr Rais Yatim and by the time, the later blogs picked it up, they assumed as him.

The predictable reaction that fits the normal Melayu and UMNO cliche was to conclude Rocky and Bigdog had an axe-to grind towards Rais and the wrongdoings seems to be ignored or perhaps forgiven.

Words and labels like pembelot, perosak, fitnah, and many four-lettered words became handy use. More proof are demanded and immediately.

It is a surprise to see bloggers who dramatise the release of their own revelation would demand others to be immediate. In the first place, the postings were never a total revelation of the identity of the perpatrator but a call for investigation.

That can work in the olden days but not today. If one consider the revelation by Kickdefella and our own expose that PAS people knew of it, then what Rocky and Bigdog had done was to defuse a potential explosive issue that could make one lose election.

By an pro-UMNO bloggers exposing it, PAS loses ownership. If used at political campaign, the reply is UMNO also do not condone such act.

Add with a little bit of spice, one can claim that pro-UMNO bloggers themselves exposed it. This is unlike PAS bloggers who are paid to hide and defend the wrongdoing of their leaders and politicians.

This same strategy should have been used when addressing the water issue raised by the Selangor Government.

On this issue, the Government and pro-UMNO bloggers stance generally defended the privatisation policy and Syabas. That is the conventional approach and expected response that can be predicted by the Selangor Pakatan Government.

In fact, Syabas approached some pro-UMNO bloggers to brief them of the issue and guide them with political styled answers such to create an issue of the Tabung Budi.

This is not to blame the Syabas people because these bloggers may not understand the complex issue and intricate corporate history.

Unfortunately, that was where they went wrong. It was a wrong strategy adopted out of mediocrity and predictability. The last thing one should do in a political campaign is to defend a corporation.

No one, and not even famous political consultants can convincingly make the public believe profit driven corporation are good citizen. They will forever be seen as the big bad wolf ever hungry for profit at the public expense. That is an imbedded image. More so towards politically linked businessmen.

In any such campaign, there should be good guys and bad guys. Pakatan Government wants to paint Barisan Federal Government as villain. Why should we allow that? And by defending and associating with a corporation, we fell into their trap!

The campaign should have been to make Tan Sri Razali Ismail, his Puncak Niaga and Syabas the bad guy, BN Government the good guy with the right policy but screwed by the Corporation awarded the privatisation, and make Khalid and Pakatan Rakyat Government the idiot.

After all, it is not wrong and we are not lying to the public. Razali was behind the request to raise water rates by 37% one go. Reliable industry insider claimed Razali used his political influence to get Tan Sri Nor Mohamad Yakcop to sign something.

When he forced it against the Selangor Government, it created an outburst on their side and they made an issue out of it. Water rates can only be raised by consensus involving the Selangor state Government, Federal government and Syabas.

The same industry insider revealed that in the Puncak Niaga privitisation deal, there was corruption or forced kickback insisted on their contractors . The State Government was being overcharged for capital expenditure to as high as 500%. MACC are you reading?!

Make someone a 100 millionaire and he becomes a frustrated billionaire. Razali's greed did not end there.

After all the money made, he is still insistent on a drastic increase in water tariff to the point of suing the Selangor State Government.

The problem in making him is that he is powerful. To gain support, he is a regular donor to the Selangor UMNO coffer. He was formerly Selangor UMNO treasurer.

Recently, he established BAPAK on the pretext to counter ANAK. It is a sthough he is helping out Dato Najib on Felda but in actual fact, he did nothing. His BAPAK only complicate what was already established in Felda.

BAPAK claim to solve problems of settlers and their second and third generation but the real burden was passed over to Felda.

Razali should sacrifice himself and lie low for a while.

One lunny attempt by Khalid was to have the state buy back all the four water assets. The state cannot afford it.

The reason to have privatisation was to enable the private sector take up the financial burden of expanding and improving water service and quality. The state financial burden is reduced tremendously. Can the state afford RM20 billion capital expenditure for the next 10 years?

Another stupid act by Khalid was the price and the financing scheme to buy the asset. It involves below market price and federal government funding or guarantee. Hello ... how to help when you are uncooperative and hostile?

Khalid was in negotiations and the negotations was going to tank anyway. Industry insider said Nor Yakcop came in with a counter offer two day before expiry date of Khalid's offer. His offer was not going to be taken up but Nor Yakcop gave PKR political bullets.

With BN remain looking as good guy, Razali as fall guy and PR looking stupid, the issue is defused and no collateral damage politically. No a need for a television station to fake a disappointing survey result.

But alas ... no one was willing to do it this way. Razali's money sure do made a lot of brains stopped functioning.

The only one with the brain and intelligence to see and approached the issue this way was Dato Dr Khir Toyo. [Read his explanation in his blog.] He should know what a greedy asshole Razali was and still is.

I released those documents for public knowledge that there is such report made by an Indonesian-based NGO. The authorities knew of that all along. Infact, it was said that PM 'Flip-Flop' Dato' Seri Abdullah Ahmad Ahmad.

How could Rocky and I be the 'Pengkhianat', 'Pembelot, 'Perosak' etc etc etc?

We did not create the news. We just highlighted it.

We want a strong party and Government. We want Malaysia to move on and forward. Much faster and recover on what and all the set-backs PM 'Flip-Flop' Abdullah & Co did in those dark 5 and half years.

We can't have Ministers who are corrupt, errant and even naughty remaining in the Government.

That is why as pro-UMNO bloggers, we made no qualms taking down one of our own. If we don't, eventually these Opposition bloggers will catch up. Then it would be much more costlier to rectify.

Where were these pro-UMNO bloggers when I released the famous Raja Petra SD on 23 June 2008? Look at the outcome of that. RPK was charged as a criminal, is now a fugitive abroad and his Malaysia Today lost a lot of credibility.

Ignore these nyamuk bloggers. They are just nuisance. They never reel in the big catches anyway!

Any comments on this?

While PAS and PKR is gradually dwindling among the Malays heart, did Umno progressing to fulfill their hopes.

What choice do I have now, Najib.