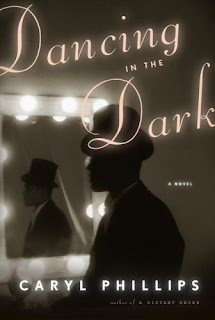 Hishamuddin used to say that his parliamentary Sembrong constituency is a fine example of multiracial cooperation.

But in private he is worried shit of the high Chinese voters in Sembrong. He view them as not giving him the votes to reelect.

DAP have been talking much of state seats of Kahang and Paloh in the Sembrong constituency and he is getting nervous.

Instead of making more trips to Sembrong and becoming more in touch with the heartbeat of common folks, his boys have been going around bitching about Mukhriz's appointment as UMNO Deputy Liaison Chief.

Pondan is heard to be pondaning ... opps pondering of changing constituency. It only shows he is in the dark of happening in Sembrong.

The problem with this UMNO Vice President and Sembrong UMNO Division chief is that he has been viewed by his constutuency as not making any significant impact on the lives of the people of Sembrong.

He has been too aristocratically distanced from the rural folks and bureaucratically slow and indecisive. Just look at how he heads the Ministry of Domestic Affair.

Now, not only is pondan scared of facing up bloggers and undeserving of a place at national leadership, he is unfit even to be a penghulu kampong. 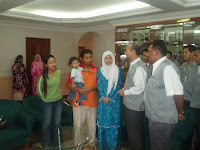 Some of Hishamuddin's boys are bitching of Mukhriz being unfit to be Deputy Liaison Chief of Kedah.

Mukhriz does not have a base in any UMNO Division in Kedah.

He lost out in the local UMNO Youth Division head race in 2004 and was only an appointed Committee Member of Kubang Pasu. Will not mince my word to say Mukhriz hardly attended any of the meeting.

They were bitching of Mukhriz being appointed Treasurer of UMNO Kedah but yet aspire to be Kedah Liaison Chief.

Some circles are rubbishing Mukhriz's only contribution to Jerlun was the kayak ecotourism race and some agro tourism effort.

His rather stiff, guarded, and formal ways is seen as too distanced for the common folks. He still yet to understand the way the common folks expresed their benevelonce, care and concern.

Some claimed he maintain arms length in friendship and have his Assistance as barrier. Many complains are levied towards his assistants.

Whatever weakness of Mukhriz, he is willing to listen and try hard to change. He is doing it "properly".

He will try to change, even if it take sometime for him to comprehend the Kedahan folks term of hemoi.

Mukhriz can drop his "aristocratic" ways and return back to his common folks family root. His wife is a commoner too.

However, what's the point of being able to laugh with such guffaw like Hishamuddin but is still actually distanced. Isn't that being pretensious?

Hishamuddin can't walk around without an entourage "around" him. If this blogger had complained of Rais insistance on his Ketua Pengarah tailing him wherever he goes, Hishamuddin is worst.

He cannot walk 10 feet within the confine and security of the Parliament without an entourage of 3 UTKs, Setpol, SUSKs, PH, and whatever abbreviation one wish. Hishamuddin probably maintain a record number of 30 Pegawai Khas to make sure he is not lonely.

Why the attitude when he is only married to a member of the Pahang royal family, unlikely to succeed any throne.

Hishamuddin is a far cry from his grandfather who was decisive as District Officer of Batu Pahat during the time Panglima Salleh Selempang Merah led vigilante fought back the terrorist Bintang Tiga.

He is no where near the brevity of his father, Tun Hussein who was a major in the army and his uncle, retired General Jaafar Onn.

A little musical intermission with this passage of Bruce Springsteen's Dancing in the Dark:

Message keeps getting clearer
radio's on and I'm moving 'round the place
I check my look in the mirror
I wanna change my clothes, my hair, my face
Man I ain't getting nowhere
I'm just living in a dump like this
There's something happening somewhere
baby I just know that there is

If his boys bitching represents Hishamuddin's jealousy and insecurity to Mukhriz, here is an inside story to share.

After nomination and before polling of the UMNO Youth Chief, Hishamuddin was manouvring to push for Mukhriz and get both Khir Toyo and Khairy disqualified on money politics charges.

It is heard that Khir Toyo was called in and requested to pull out. But he resisted.

Khir said if it is a straight fight between Khairy and Mukhriz, then Mukhriz will lose. He has always felt that Mukhriz cannot get the majority to beat Khairy. Khir Toyo was confident of settling old score against Khairy for his hand in damaging his image.

Hishamuddin decided that he rather have Khairy rather than Khir Toyo. So, Ali Rustam and Khairy was found guilty on money politics but Ali was not allowed to run but Khairy was allowed.

Khairy now proves to be an incompetent leader and carrying Hishamuddin tradition of muting Pemuda into a timid bunch of youth.

Hishamuddin is solely responsible for the pathetic state of Pemuda UMNO today.

And that has always been Hishamuddin strange way of making up his mind. That is why he is giving warning after warning but NATO.

Another puzzling thing is Hishamuddin is considering to return back to safer seat at the Tenggara constituency he represented in 1995-2004. Dato Azalina is not likely to return.

It is odd that he will not represent Sembrong although he is Division Chief.

He should thank his aristocratic star that rural Sembrong can still be awed into accepting cucu Dato Onn Jaafar and anak Tun Hussein Onn.

One sometimes wonder how much of Johore is still left in Kuala Lumpur born and schooled Hishamuddin. He is more apt for Selangor Menteri Besar than being Minister from Johor.

Like Mukhriz, Hishamuddin has been hopping for a base for a while.

He entered politics through Gani Osman's Division of Ledang in Muar as Division Youth Chief. His father represented Seri Gading in the district of Batu Pahat.

Poor Mukhriz who is still juggling options between Langkawi, Kubang Pasu and Jerlun. 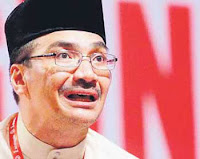 The crazy thing is there is talk that Hishamuddin is even looking at Dato Razali Ibrahim's seat in Muar Johor.

What is there to be pondan about when Sembrong PKR has crumbled recently?

But he is no faction leader. How can he be insecure with his peers and indecisive all the time?

Furthermore, this pondan plays his politics dari belakang. Many are aware Hishamuddin is eyeing to knock Bang Din but telling others Zahid Hamidi is the one.

He is also mixing with unsavory characters to achieve his political ambition without considering the danger of his actions.

Cool... This is good stuff.

This bloke even sent his anak pompelek to study in Australia while he was the Menteri Kurang Ajaran. A real disgrace to his forefathers.