Whispers along the Corridor 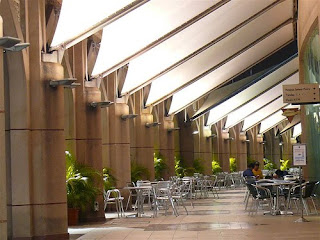 There are a couple of event happening lately. A couple of SMSes came in yesterday that gave an impression there is a major purge to clean-up UMNO and Government.

On the other hand, that same development could purge out the existing Government if wrong appointments are made.

No ... it is not another so-called Constitutional crisis.

Over the weekend, Khairy made a statement that he is standing down, going study leave and withdrawing from politics.

This doesn't come as a surprise because this blogger have been getting words that Dato Kalimullah Masya Allah is cashing out from his business.

Will have to confirm that by scrouching through the Bursa data to know of his other divestments.

Is it cashing out time?

Well ... in one SMS exchange early yesterday, this former Member of Parliament said certain people were warned to get out of the national scene slowly so that the 13th General election is free from liabilities.

No need to repeat and enlist the liabilities, do we?

For all likelihood, Haji Khairy may have been told to do so. One of his former accomplice said his butt is burning from the Alcatel exposure.

Not only is his butt hot, he has been hot in his pants lately. But we will not go any further to upset an already delicate marital sensitivity.

The same former MP said he had just withdrawn some 10 million from his Singapore bank account. No currency mentioned and the Bank's definately not the POSB account from his UWC days.

It looks like he is really for an indefinate leave.

It will be pointless of Dato Mohamad Hasan trying to persuade him. Khairy have not had anything going for him as UMNO Youth Head.

Neither has he delivered anything meaningful.

This rumour have been repeating itself so often that no one take notice of it. Maybe the real McCoy will happen when everyone is not paying attention.

Now that Khairy is out of the equation and the liabilities will no more be political burden to be entertained, Najib may decide to reshuffle.

It is only expected that Nor Yakcop be removed. Someone must be in to replace him and his coterie of young incompetents in GLCs and new agencies.

Me and Bigdog was tipped that Khazanah CEO, Tan Sri Azman Mokhtar is eyeing to replace Nor Yakcop. His posting last night was filled with background information but it was too nice.

The source said Azman have been paying lobbyists to whisper sweet Azman into Najib's ears.

The source claimed that this time Azman has the concurrent of Nor Yakcop. With all the robber barons from the Abdullah days fleeing away, Azman maybe entrusted to cover the large crater size hole in Khazanah and GLCs.

Najib will forever only know the one page summary with the consolidated figures. He will never know how much money sucked and disappear in the sands. The list of abuses will forever not be known.

One name that cropped up to replace Azman at Khazanah is SC Chairwomen, Tan Sri Zainah Anwar.

This means the link with Nor Yakcop, Khairy and Kalimullah will remain. These people added no economic value to the nation but were mere robber barons.

It will be a disaster if such appointment materialise.

In the meanwhile, Omar Ong had divorced his wife and is out of the radar with pretty new young thing.

He is still in Petronas, Pemandu and his coteries of Consulting firms fleecing the Government coffer and wrecking the economic infrastructure build over 50 years to close the gap between the Malays and the immigrant descendent Malaysins.

Off course, these are all rumours.

Trees will not shake when there is no wind. In the words Khairy, a berok must be shaking it. He should know about berok. Google berok and he is the first find.

This time bukan rumour lagilah.
My bomoh kat Putrajaya said the reshuffle will be after Tenang or CNY.

Yes, you are right about the purging.

Aku rasa buat masa ini, K.Rajagopal
can do a much better job than Amokh.

Najib should learn from him that moulding the young and fresh talents is easier to achieve target rather than keeping those spoilt and corrupted seniors and budak hingus tingkat 4.

Keep the trusted seniors to guide the young talents.

In fact Tun Razak also start up with a bunch of fresh and young talents until they started fighting against each other for the top post.

Suddenly I remember of Musa Hitam, Ku Li and a few others.

Looking at the way how Najib make decision on important issue in the past, clearly he's an indecisive type of person. A Durex type - play safe.

So, don't hope too high and just take him as he is.

PS don't be surprise if he keep some of the dungus when he announce his new cabinet... which is probably sometime after tomorrow or before Xmas 2011.

The spelling should be better with "Beruk" instead of "Berok".

Try it and see.

Pls give a whirl of my opinion at HHalem.blogspot.com. Of course Im masih mentah lagi Bro.

See if you care. LOL.

close the gap between the Malays and the immigrant descendant Malaysians.

I find the above abjectional and disgusting.

What we have today in Malaysia are opportunistic pseudo malays out on crutches for freebies.

They are the curse on Malaysia.

Is Mahathir Bin Mohammad an example of a Malay or an immigrant descendants Malaysian?

By birth he is an immigrant descendant and that is a damn fact. By law he is a Malay.

Thus it seems that this is classification is a pure UMNO political classification. Only UMNO can make black appear white and arrest anybody who disagrees.

close the gap between the Malays and the immigrant descendant Malaysians.


Of course most find this phrase sweet, soothing music and harmonious rhythems ... almost as classical as Bach and Beethoven ....

It is so compelling that it shuts loud mouths and gabs like Anon 11.03

We should thank our lucky stars there are immigrant descendants. If not, then there is no Dr. M.

Azman Mokhtar failed in his turnaround of MAS. It never turnarounded?