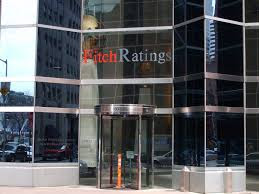 In the midst of political and economic pressure, yesterday's Fitch upgrade rating on Malaysia was a welcome relief for Prime Minister Dato Najib Tun Abdul Razak.

Analyst are fine with the upgrade, reports MMO here. Fund Manager hails it, report Rakyat Post here.  Ringgit and stocks jumped, Economic Times reported here. With that affirmation, it temporarily allay the blame on 1MDB for the predicament on several variables of the economy.

Arul Kanda explains as he is still at it to rebut every of Tony Pua's caustic remarks of 1MDB.

The NST reported the good news: 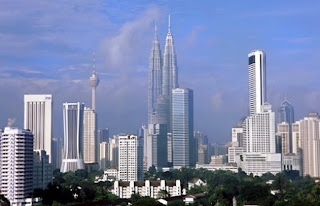 KUALA LUMPUR: Malaysia's zest in continuously improving its economic fundamentals and the government's prudent fiscal management is paying off as rating agency Fitch has affirmed the country's long-term foreign currency rating at A- and revised upwards its outlook to stable from negative.

Responding to the confidence shown by the international rating agency on Malaysia's fiscal prudence, an elated Datuk Seri Wahid Omar said Fitch's rating was now in line with S&P (A-, Stable Outlook) and Moody's (A3, Positive Outlook)."

The Minister in the Prime Minister's Department in charge of Economic Planning noted that Fitch Ratings had also affirmed Malaysia's local currency Issuer Default Rating (IDR) at 'A', senior unsecured local currency bonds at 'A', the Country Ceiling at 'A' and the Short-Term Foreign Currency IDR at 'F2'. 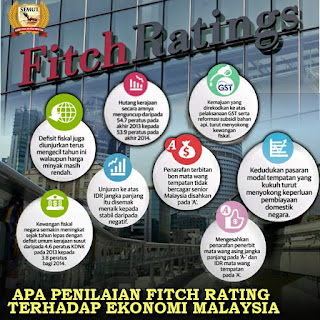 "The much awaited positive news shows the prudent fiscal management and economic policies carried out by the government," he said in a brief statement.

Malaysia registered a strong economic growth of 5.6 per cent in the first quarter (Q1) of 2015, despite concerns over the volatility in oil prices and the implementation of the Goods and Services Tax (GST).

Inflation, as measured by the annual change in the consumer price index (CPI), averaged significantly lower at 0.7 per cent in Q1.

The country's trade surplus amounted to RM21.3 billion in the quarter while international reserves of Bank Negara Malaysia amounted to RM389.7 billion as at March 31, 2015.

Fitch said it views the progress on the GST and fuel subsidy reform as supportive of fiscal finances.

A further narrowing of the deficit is forecast this year despite lower oil prices. It noted that the depth of Malaysia's local capital markets supports the sovereign's domestic financing needs.--BERNAMA

As far as the speculation of 1MDB affecting the economy, Arul issued a statement to share his meeting with Fitch to explain 1MDB's plan:

Issued on 02 July 2015
For immediate publication

“As a Malaysian, I am proud that the country has achieved a Fitch Ratings upgrade from negative to stable outlook. This is the result of an independent review by an external party and represents recognition of the growing strength of the Malaysian economy.

Furthermore, the upgrade is evidence of the Government's success in ensuring the continued economic stability of our country. The Ministry of Finance and Bank Negara in particular have done a commendable job in highlighting the positives of our economic success story.

In relation to 1MDB, we had conversations with Fitch in advance of the upgrade, in which we discussed the company's current situation and provided confidence on the measures being taken. We were open about the challenges we face, outlined our efforts to reduce the company's debt as presented in our rationalisation plan, and provided information on the various actions that have already been taken including the repayment of a RM3.6 billion loan in June.”

If Fitch is willing to listen, why aren't others giving a reasonable listen?

And, Arul is still keeping himself close to Tony Pua and not giving him the wide open space. 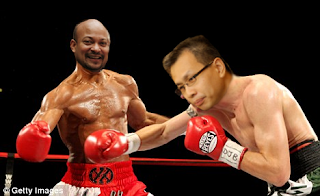 Issued on 2 July 2015
For immediate publication

“1MDB notes certain statements attributed to YB Tony Pua published online today, questioning why no action has been taken against 1MDB by the lawful authorities.

YB Tony Pua has conveniently ignored to highlight that 1MDB is currently the subject of enquiries by a number of authorities, including the Auditor-General, Bank Negara Malaysia, PDRM, and last but not least the Public Accounts Committee (PAC), a committee that YB Tony Pua himself is a member of.  1MDB is fully cooperating with these enquiries. Accordingly, evidence and proof relating to the company have been and will continue to be shared with these lawful authorities.

The PAC, of which YB Tony Pua is a member of, is the lawful authority to verify allegations such as whether RM42 billion has 'disappeared' from 1MDB.  In the interest of fairness and due process, 1MDB trusts that YB Tony Pua will confirm that the PAC will investigate this specific allegation of "RM42 billion missing" in the same way he is insisting that other allegations against 1MDB are to be investigated.

1MDB reaffirms its previously stated position that if any wrongdoing is found, then action must be taken by the lawful authorities, as per due process and the laws of our country."

Jabbing back as Tony P kept missing those swinging punches he was accustomed to.

While reports are saying it is a much needed political relief for Najib, there are political economic concern for PM. To quote the comment from a socio-political activist:


"Congratulation to the government and AWO for able to improve on the rating as they steered the economy. At the same time we should not be having the habit of using this kind of yardsticks only when they're in our favor and shadow play when the same are not in our favor. Nonetheless let us address certain potentially threatening issues in our real economy such as rising cost of living, increasing unemployment, rising cost of doing business and widen inequalities. Government should provide the justification in hiking the retail price of petrol and explain the remedial actions to mitigate the spiral increase in prices."

Its only a relief but not time to gloat.

Some investors are looking beyond rating agency approvals [read Bloomberg on MI here]. Darah Tuah is not convinced of RMK 11 and GTP/ETP [read his blog here and here]. Like Arul, government should keep jabbing back the socio-politico-economy on the right track.

I think this is a good analysis on why the fuel price was increased for July:


Upgrade Outlook. NOT upgrade rating. Major difference. But Najib gets all excited.

To Najib and co, Fitch rating is more important than the voters rating... see you in 2018