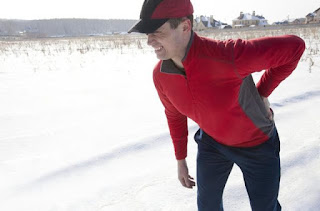 Pronouned "Auw re ka! Evina tut glutae maximus" to mean "Eureka! It turned out to be the Gluteus Maximus" in Latin.

Prior to our April trip to Sarawak, an old back pain resurfaced.

It worsened upon our return and till today, it made us fear of sitting for long time to write. Unintentionally, it made us post-phoned work, including cleaning-up our work space and the mess from our books, magazines and files all over the house. And we got to return back a so-called "confidential" material misplaced in one of the many storage boxes.

It was really an unexpected problem. After undergoing through 2 months of relatively intensive dieting, and daily workout able to shed off about 25 lb, our muscles were supposed to be "loose" and stronger.

All the hard work was about being fit to roam through Sarawak. So before flying off to Miri, we went for a massage with a male masseur who claimed to have studied Aromatheraphy in India. The massage didn't help but highlighted the pain at a certain specific part.

Instead of the back, the pain seemed isolated around the butt and thigh. It made sitting so uncomfortable that we can't sit long and became unproductive. It made us fear sitting to write on the computer.

The chiropractor suggested it could be a coccyx or tailbone problem. Imagine traveling for few weeks in Sarawak with a butt pain and the diarrhea from Kuching that stayed throughout the travel into the immediate interiors of Miri and Bintulu.

After few months of attending to the pain and researching, it turned out it is neither a back problem nor tailbone problem.

The acupuncturist we went to was right all along. Just cause he is no doctor, there is no reason to doubt him. But do not blame him. Firstly, we couldn't remember the name of the muscle.

Secondly, the chiropractor doctor earlier identified our problem to two other muscles; namely Psoas and QL. MMA do not acknowledge chiropractors as doctors but in the US and Canada, they form part of the medical profession.

When usually faced with conflicting medical suggestions, we take neither advise and learned up on it. It took us a recent back pain to understand it better.

We were toying with the idea of writing about Sarawak in conjunction with Malaysia Day and few other stuff but we were finding excuses not to sit and write. It could be out of laziness but most likely it is a psychological reluctance to go through it and later endure the pain.

It is also the reason we were reluctant to restart our workout regime.

Last Friday, we did our 3rd session of local traditional massage with a neighbourhood blind masseur. It helped remove the major pain but isolated better the still irritating pain. And, it was sufficient for us to start our pre-exercise stretching warm-ups.

That helped tone down more troubling and tight muscles, and identify the remaining trouble muscles. Then ... EUREKA!

In the midst of our morning stretching exercise this morning, we were reminded of part of the name of the muscle named by acupuncturist. Something maximus and immediately googled it on our i-Pad.


And voila ... there is such a muscle called gluteus maximus. It sounded about right.

There is a syndrome related to the muscle [read here and here] that seemed to lead to other muscles and body parts that are still in pain; namely the stomach, hip, thigh, and knee, but not so much the back muscle per se. 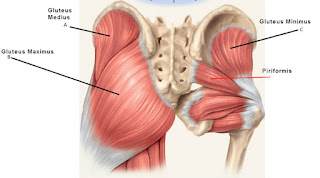 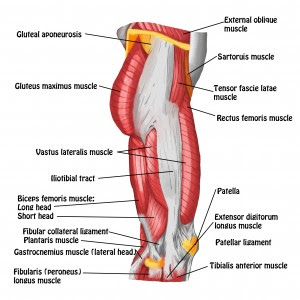 It is the pain from those areas that radiate and concentrate to the back and appears as though it is back pain. Guess the Sarawak posting and expanding RPK's posting can wait. Too excited with this discovery.

Most Malaysians suffer from back pain, one way or another. The common reason blamed for back pain are slipped disc or sports injury or other non-medical description like angin or wind or hard mattress.

Men tend to be private about it because of the perception that back pain is intertwined with libido problem. One Bersatu activist had back pain and undergone several slip disc ops but the Missus been bearing children year in and year out. So it is not true.

Thus the reason we share our experience of going through it is to help others understand the problem and deal with it better.

If the back pain is not so bad, one way to massage the pain away is not to massage the back but the sciata muscle at the side of the thigh. Sometimes massaging the stomach or muscle up and along your back.

The long term solution is still exercise For the time being, we plan to try this simple exercise below:


And where capable, to try out any of the following


For those wanting a cute butt, can try this exercise below:


Putting all this up so that it is easier to access via smartphone.

Will try get an appointment with chiropractor next week to confirm what we found. The next and final step could likely be the abductor muscle at the thigh. So .. Pain, Pain please go away ... Don't even come again another day. ....

2:153 O you who have believed, seek help through patience and prayer. Indeed, Allah is with the patient.

2:155 And We will surely test you with something of fear and hunger and a loss of wealth and lives and fruits, but give good tidings to the patient,

Sabr isn’t passive. It doesn’t mean you do nothing and let everything wash over you. It means striving and not frequently complaining. It means that you constantly control yourself in regards to your words and action. Sabr isn’t easy. Sabr is tiring. But it will be worth it in the end. Source: ammsaa

“What comes to a person in his or her life, however difficult it may be, perhaps will help a person move closer to God. The response to tribulation is ṣabr, which is patience, perseverance, steadfastness, and resolve. Allāh loves the patient; part of the reason the tribulation comes is to draw the quality of patience out of them - He loves this quality -Hamza Yusuf.  Source: mounaks