O&G Emir to mess up another plantation company? 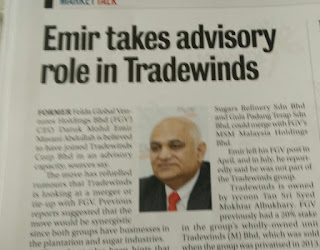 The way people get appointed for top post can be bewildering.

A friend send us this news report on the appointment of former FGV CEO, Datok Emir Mevani Abdullah in an advisory role at Tradewind.

His then appointment as CEO of FGV from an earlier position as Board Member of FGV to represent PEMANDU was itself questionable.

His integrity was first put into question for lying on his Phd degree. His professional background was in oil and gas and not oil from palm trees. In 2013, this blogger questioned then Minister Tan Sri Abdul Wahid Omar for mentioning him as one of the pride of Talent Corp.

After leaving FGV for a questionable deal and it is not his first questionable deal (not going to rewrite it), this appointment came as a surprise. How long and successful has he been in the oil palm industry to give advise to another long time player in oil palm? 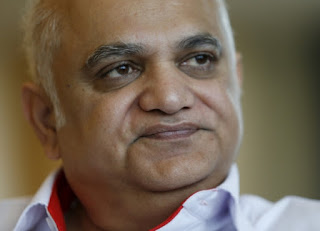 Current Chief Executive Datuk Mohd Emir Mavani Abdullah, who has been in the job for three years, will be succeeded in April by the head of its downstream operations, Datuk Zakaria Arshad, a Felda Group veteran of 32 years, the company said in a statement.

It did not give a reason for the change.


It is learnt that Zakaria, who is currently head of downstream operations, will beef up FGV’s core divisions such as plantation, processing and marketing after taking over from president and chief executive officer (CEO) Datuk Mohd Emir Mavani Abdullah tomorrow.

He is also expected to continue with cost-cutting plans as part of efforts to strengthen FGV’s performance and global standing. Zakaria is expected to share these initiatives with FGV staff on his first day as the new president and CEO.

It is understood that he is likely to carry out measures such as reshuffling the organisational structure, including portfolio restructuring.

When Zakaria was on board, he confirmed the earlier reported in this Sundaily May 17th report below:

"We are still a global business, we are still selling outside of Malaysia but for M&As we just want to pause. We want to stop for a while, maybe for this year, then look at it again," he said.

Zakaria said, however, negotiations on the acquisition of a stake in Indonesia's PT Eagle High Plantations Tbk are still ongoing but M&As are not a priority in his strategic direction for FGV.

At around the time, there was another annoying report from Rafizi [read in The Independent here]. Since it is Rafizi, take it with lots of salt, pepper, lemon and olive oil. It usually come with his own dressing of the truth but always keep an open eye.

The Star reported on July 28th of another plan:

Having aborted the stake acquisition of Indonesia’s Eagle High Plantations Tbk, FGV has attracted suitors who are looking at a possible corporate exercise with the plantation group.

Among them is a strategic investment company affiliated with the Tradewinds Group, which is mulling over a stake purchase in FGV.

It is believed that there are overtures to FGV on a tie-up with Tradewinds, although it is still at a preliminary stage.

It means FGV is currently in a mess due to bad luck and bad strategy. Emir Mavani messed up on FGV's strategy.

People can always redirect blame to others for political sake, from Board Members to all the way to PM, but operational issue that translate into profit and losss lies in the hands of CEO and management. Unless it is too bizarre or obviously detrimental, Board Member usually stamp any proposal or plan of action from management. 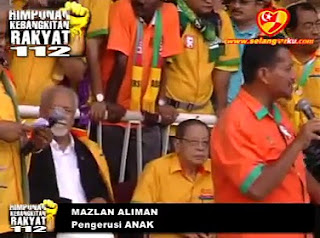 If there had been hanky panky by his superior, Emir should have resigned. So balls in his side of the court, dude. Now that he failed at FGV, why is he taken in as Advisor to Tradewind?

First, no man is for all season especially the man who screw things up can't be the one to advise on how to mend things. Secondly, Tradewind and FGV are PLCs. Is he leaking information on FGV to the acquirer, Tradwind? Securities Commission ... are you guys awake?

It is heard that the whole NKRA team from Pemandu that joined FGV have fled to Tradewind together with Emir.

This is fodders to Mazlan Aliman and his PAS supported Anak NGO. He is now in PAN so it is giving PAN an issue to dwell on.

The Edge here has started picking on FGV. Though settlers is not FGV's responsibility but that of Felda proper, this will not go away. For heaven sake, not again please.

Talk is PPBM will want to take this up as issue. Former assistant to Tan Sri Isa Samad, Zahid Md Arip has joined the anti Najib side to avenge his sacking. Be prepared and cut off this Emir Mavani. If he lied about his degree, he cannot be entrusted.