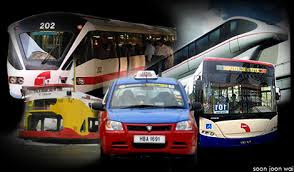 The opening line in this travel and leisure website on Malaysia here claimed:


"In Malaysia, public transport is very developed and quite practical, and will save you the trouble of dealing with driving".

However, the urban reality to those living in the Greater Kuala Lumpur and Klang Valley (Greater KL) is that it is far from the truth.

In places like the interior of Sarawak, even the basic rudimentary transportation need is yet fulfilled. If KL is still not in place, what can one expect for the rest of the country.

Public transport was not taken up seriously in the past thus the carpet had swell into a hill by the time Dato Najib could address the problem.

Maybe it is personal interest in play or resistance to change. And even be the underlying unstated reason behind the current political war cry to remove Najib.

1MDB could just be an excuse.

On the matter of public transportation, there is not much room left for compromise and accommodation. SPAD Chairman Tan Sri Abdul Hamid Albar was quoted by Malaysian Digest last year:


"No country has ever climbed from low-income to middle- or high-income status without a significant and dynamic land public transport. Therefore, it is important for us now to give priority to public transport investment, rather than giving priority to building roads in the name of connectivity and relieving congestion."

It is not just this blog that raised questions on the "economic development model based on subsidised petrol, tolled highway and Proton car ownership" but a public transport NGO recently expressed the same.

A consumer group says the ex-PM made a mistake in focusing on private instead of public transport. 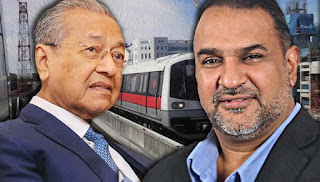 A point raised by a commentator in the previous posting here is the long term economic wastage and burden on public and nation to subsidised petrol, tolled highway and priority for the local car.

The "shamble" in the LPT was covered in an early April 2015 article by Malaysia Digest here.

High up in the pecking order of problems was the traffic jam that arise from the private transportation policy of the past and the obsession to keep Proton afloat. Building more highway will not solve the congestion.

Though there is a need to improve public use of LPT from 40% to 60%, the long travel time remained a discouraging factor.

Rapid KL has expanded its network of service but it is also beseiged with perenial problems of long wait, poor schedule, infrequent service and insufficient number of drivers.

The only viable option left for commuters is taxi but it cost 500% more than other LPT mode, fare keeps increasing, drivers' attitude, and poor enforcement.

Greater KL need a transportation system at par as other major cities with an interlocking network and mode of transport able to 'anyplace to-anyplace' movement.

Off course public attitude is another issue.

Despite the financial saving, health benefit and in many situations, the convenience of taking public transport, Malaysian basically do not like to walk.

In an article to analyse the public reaction to increase parking fees in the city, Malay Mail Online July article wrote:


Expats who live here have pointed out numerous times in travel blogs or forums that Malaysians don't like to walk. An expat can walk for about three kilometres from Jalan Ampang to KLCC to do grocery shopping. That idea would be preposterous to a Malaysian.

That culture need to be transformed.

Undoubtedly, there had been effort during Mahathir's administration towards public transportation in Greater KL but it was insufficient.

There was the consolidation of bus services into Intra Kota. However, that came with significant fare hike from 50 sen to RM1 with limited efficiency and network. Consequently government had to takeover Intrakota from DRB and restructure under Prasana into RapidKL.

The construction of  Putra LRT, Star, Monorail, KTM Kommuter, and Sentral station begin during his time. It was criticised then as construction project for "friends"

Financing of public transportation had always been cited [read study here] then for the constraint of developing LPT. In other word, the administration was less than willing to spend for public transport.

Intrakota takeover is indicative of failure of corporations in operating LPT.

YTL investment in ERL highlighted private sector's profit oriented approach will be only increase cost to commuters. The less than comprehensive privatisation model in developing LPT came at a higher cost to consumer and was not well integrated.

It operated separately and the increase property value does not translate to a superb system at more affordable fare found in many major cities around the world. Unlike other developed countries, it was not funneled back to lower commuters transport cost.

Private transportation was still the emphasis to protect Proton. More was spent for construction of toll highways. It came with increasing use of energy reserve.

It was only under Najib that there is more political will to address public transportation issue. The current Greater KL Transportation Masterplan was established by Pemandu and released in 2015.

Complain on the inefficient feeder system, scavenging taxi drivers, financial commitment made to private vehicle ownership, and electricity supply (as the recent trip at Putra-LRT highlighted) remain. Cynics will still view construction of LPT infrastructure not so much serve to help rakyat but cronies.

Nevertheless, everything is almost about to be tied up together. It is a matter of time to deliver as promised.

There are so many vested interest grps in all govt infrastructure projects. However, tdm has made a groundwork on the infrastructure as prime ministers after him must carryon with the project. As govt has not enough funds to do it by itself, it sought private finance initiatives (pfi) to fund the infrastructure projects. Of course these pfis need profits in order to get involved. As an example it is better to develop a good train network in the country rather than hiways. But by building highways, the govt can satisfy many vested interest grps such as automobile industry and other related industries. But my reservation is the costs of these projects are so huge as rent-seekers also want a bite of the cake.

You left this out. Hopefully this will take the link all the way to china as once envisioned.

What's your problem with S'pore? Lost out on the meritocracy/talent bit? Or major sour grapes?

MRT breakdowns are publicised & not concealed.

That 4PAMT keling is another keling pretender just like that keling crime watch.Or that keling water specialists muahaha.
Malays should focus more on technical issues and not just alam ghaib..
Soon Ajit will submit a proposal...
Transport in semenanjung belongs to the malays. YTL is another anti malay project by mahathir. No railways should bbe given to chinese. Only Keretapi Tanah Melayuu has the right to railways in semenanjung .
The next government must return what is rightly malay right.

Yusuf al-Qaradhawi
“And I have seen sincere Muslim youth who studied at colleges of medicine, engineering, agriculture, or literature, or at other liberal arts and scientific colleges, and who were doing well and even very well, but then left to dedicate themselves to the work of dawah [calling people to Islam] and guiding others, even though their work in their specialties are of the foroodh al-kifayah [jobs that are obligatory on a certain percentage of every Muslim community according to Islamic law, for example every Muslim community should have enough physicians, engineers, etc.], jobs that if not done the entire community is harmed, even though they can make of their specialties an `ibadah (good deed) and jihad if done properly, with the right intent, and with regard to Allah's laws. And if every Muslim left his or her job today then what would happen to Muslim interests? The Prophet ﷺ was sent when his Companions worked at various occupations, and he never asked anyone of them to leave his job to dedicate himself to dawah.
Yusuf al-Qaradhawi

“al-Iman (faith) is that which puts man into motion; it directs him and creates in him tremendous powers that wouldn't manifest without it. It rebuilds him into a new creation, with a new spirit, a new mind, a new resolve, and a new philosophy in life. We saw this in the story of the magicians of the Pharaoh when they believed in the Lord of Moses and Aaron, challenged the tyranny of the Pharaoh, and with all the confidence in the world they said to him: "Then decide (regarding us) whatever you want to decide, your decision can only affect this worldly life." (Quran 20:72)
Yusuf al-Qaradhawi

Another new public transport system.
BRT at Sunway only a few kms long.The fare is more than RM4.And cosubsidized by Sunway.

Blame it on who?