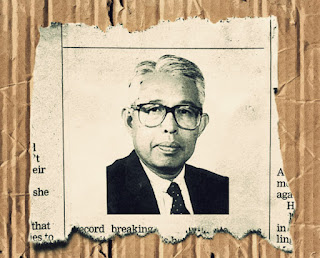 It partly explains why the Special Task Force enquiry on Tan Sri Nor Mohamed Yakcop yesterday was unusually short.


"(Tan Sri) Nor Mohamed, who is Khazanah Nasional Berhad deputy chairman, arrived at the finance ministry here at 3.25 pm today. He was seen leaving the compound about 45 minutes later."

As star witness or the supposed accused in the case, there should be lengthy questions presented to him.

In two Mole columns in February 2017, the issue was touched:


The BNM annual report did not reflect the forex losses as an item but hidden in the balance sheet under deferred expenditure. The note explained:

“This represents the net deficiency arising from foreign exchange transaction in 1993. The government has undertaken to make good this deficiency as and when required to do so by the Bank.

Nevertheless, the Bank will amortised the amount outstanding over a period of 10 years commencing 1994.”

Deferred expenditure is a cost that has already been incurred, but which has not yet been consumed. The cost is recorded as an asset until such time as the underlying goods or services are consumed; at that point, the cost was charged to expense.
In currency speculation, the purchase of one currency as asset means liability in another currency. The net asset is practically zero.

If that was the case, how could the loss be considered as assets not yet to be consumed?

Is this a misrepresentation of the true state of the accounts?


There RPK-alleged cover-up only confirm that Special Taskforce should not let up but recommend a major investigation into the matter.


BNM admitted to the losses in 1994. But who is supposed to be responsible?

(Dato) Murad claimed that there was no investigation done. Governor (Tan Sri) Jaafar (Hussein) took responsibility and resigned but he remained silent till his death.

Son-in-law, Dato Nurjazlan Mohamed claimed that Jaafar took the fall for the mistakes of others.

There was a news report claiming Jaafar was aware of the losses.

So why did Jaafar not act upon the initial losses and allow it to turn into a colossal loss?

Who was Jaafar covering for?

Dr Mahathir was asked before but he evaded the questions.

Nor Yakcop should be suspended with immediate effect from all position in government!

George Soros was just doing his job. He interpreted the books well. Who is really responsible?

Mahathir made a big deal out of the yet-to- lose 1MDB but is awfully quiet on the forex loss.

The gut feel says he gave an open license to gamble that by pass BNM Governor and MOF.

Sources said laws were amended so that no one prosecuted for this reckless act on public fund.

Advise is never trust a Keling. And a Keling should not be allowed to return as Prime Minister.

An RCI is mandatory to unveal causes of 1997 BNM ForexGate and pinpoint man made wrongdoings and culprits.There are tracks,shadows and evidences to be moulded into cases as subject matter as there's no place to allow lets bygone be bygone.The moronic actor/s must be hauled and make it an example to Not insult the intelligent of the masses and sinner must be accountable to what they do and No escape route whatsoever.