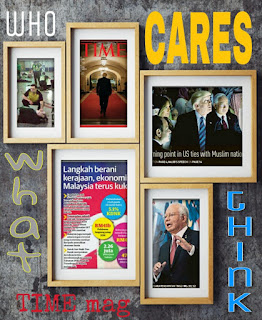 It must be from the last issue dated May 22nd because the May 29th issue is about Kremlin spy ring [read here].

The original sender, likely a PPBM sympathier who forwarded to a former state UMNO officio, must have took notice this FMT report here. 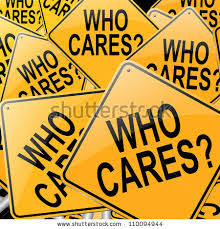 Frankly, who gives a damn?

It is most likely another George Soros handy work in deception to assist his arch enemy turned destroyer of his nation. 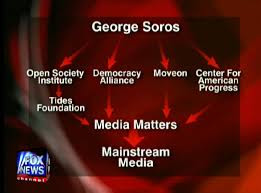 If WSJ could be misled, what is stopping WMD propagandist, TIME magazine?

Quite sure, they are brainless ones reading without any critical or analytical eye.

More so, it is good propaganda material to use internationally known news magazine source.

The point about ranking or rating is that it is based on purely the personal opinion or judgement of the author.

He could get away with murder without any scrutiny on his data, and statistical and survey methodology. 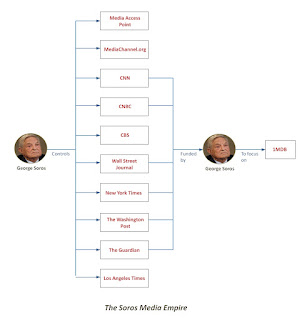 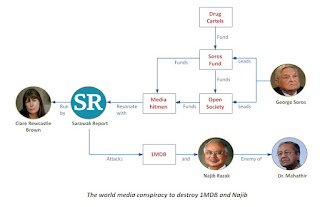 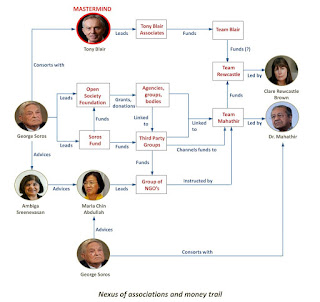 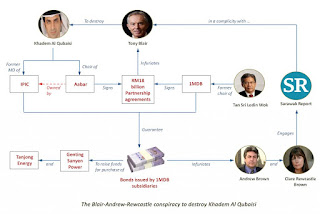 TIME, whose hardly given much coverage on 1MDB, would have used similar third party or fourth party sources.

The TIME reporter sure know helluva a lot on Malaysia and 1MDB. He had to correct a basic mistake of referring to Dato Najib as President: 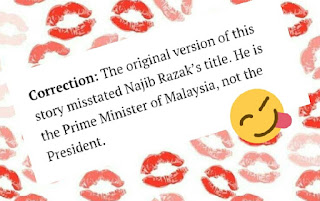 The description on Najib is glaringly simplistic, one sided, and judgemental, far from objectivity and based on proven fact.

It is somewhat similar to a British newspaper middle page placing of an investigative report that accused Tun Dr Mahathir as Mr 10% two decades ago.

Since the subject of Britain is touched, the attack on Manchester has far more serious implication and relevance than a TIME article that could not get their basic fact right.

It could even be more serious than the Charles Hebdo murder and other terrorist attack in France. The french incidents had suspicion of being "planned". 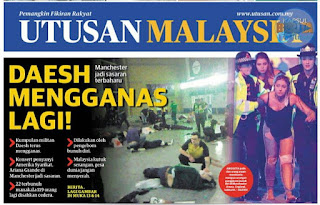 Bombing kids returning from a concert in Manchester is no laughing matter. It signalled not just the likelihood of another attack but an imminent one.

Bigdog had a good coverage of the Operation Temperer announced by Prime Minister Theresa May here.

It was made after two PM-chaired Cobra security meeting within 24 hours.

This came about after the US-Arab-Islamic Summit: 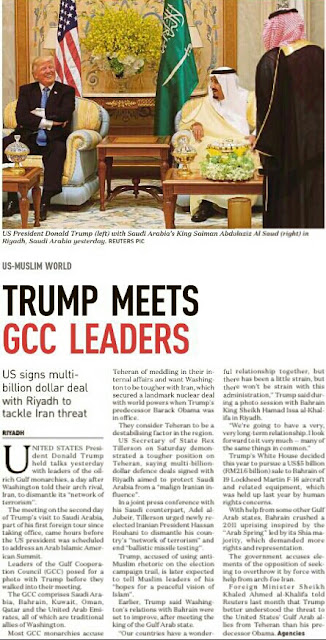 Never mind Donald Trump's behaviour, antics and foul mouth. The summit could be seen as a turning point in West-Islamic relationship.

That was how NST see it: 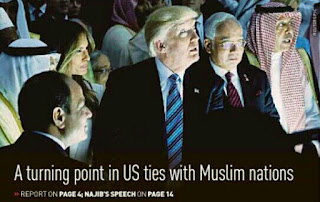 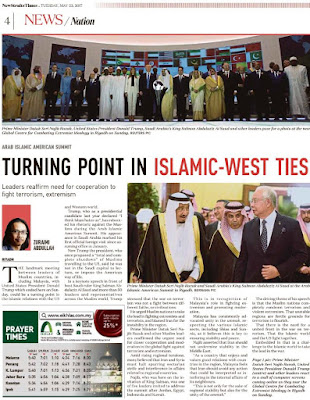 At the Summit, all countries unanimously denounced ISIS or also known as DAESH. or ISIL Utusan reported: 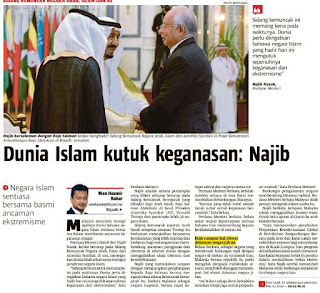 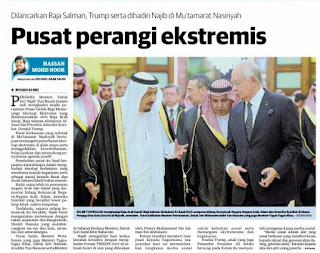 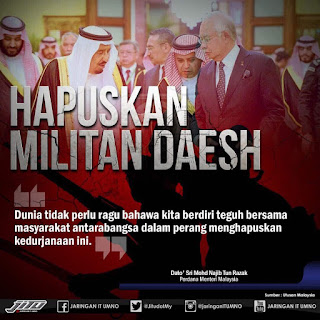 Bigdog, who has an eye for such international relation and security issues, had written about the Summit here.

What he did not write explicitly is the implication towards the terrorist. ISIS may have read it right and acted to send a message.

Though having popularity concern despite just winning the US President and under barrage of media attack daily, more need be read into Donald Trump statement in Riyadh. 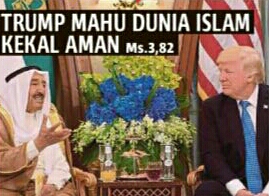 Malaysia have expressed their dismay and condemn the Manchester incident. 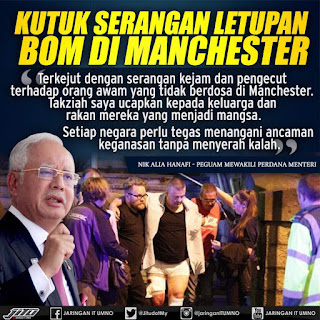 As a country in the forefront on the fight against terrorism, it has serious implications to Malaysia.

ISIS has cells that have covertly been growing in numbers in Malaysia.

Many Malaysians have slipped to Syria to join ISIS under the dellusion of jihad against kafir but it include other Muslims.

Some of these Malaysians have been known and still thick in their belief and ideology of ISIS. They may yet be converted from their extreme understanding for Islamic jihad.

There is reported bases in Southern Philipines. 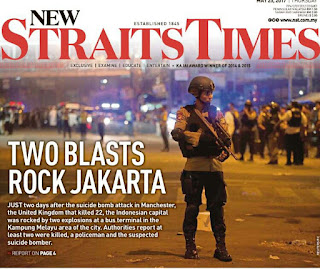 The Manchester attack could be sending signal to cell operators around the world at strategic locations to implode.

In Britain, all political parties have stopped campaigning for the general election. The matter in hand is more serious than politics.

Doubt our political parties will stop. They will enjoy to play up and defend the TIME magazine last issue.

Perhaps, they will stop but it is too late after among them gets blown up at a political campaign rally. 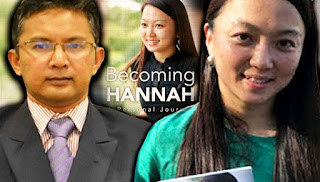 That is the more pressing issue, but the government have shielded the public from knowing how serious this threat is to not create panic.

But, it is time they need to be made aware off.

Last we need is some Islamist groups getting the wrong understanding of the current security situation globally and think it is a war on Islam.

Possibly too, without Israel being reprimanded or disciplined. 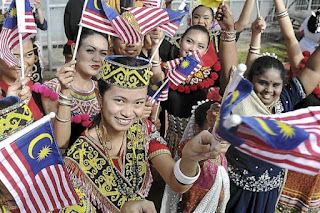 But there is no serious quarrel among us that could lead to civil unrest or war among Malaysians. Only political debate or usual common disputes.

Why should ISIS do attack on Malaysian soil, which their targets are usually aimed at civilians in public places. 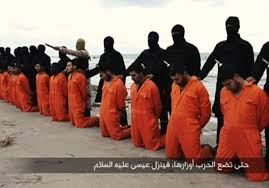 ISIS is not Islam.

Defending one's life is an obligation. But their actions do not constitute jihad (sacrifice) or syahid (matyrdom). It is not in accordance with Islam.

Those, who participated in ISIS and committimg murder and cruelty at will, have deviated from the true peaceful teachings of Islam.

They are no more and no less than the Ergun gang and Israeli army. 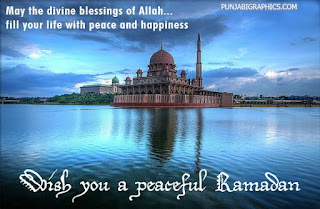 Peaceful reminder for Malaysians as we begin Ramadhan this Friday.

May we seek and find that inner peace that will guide us through a peaceful existence.