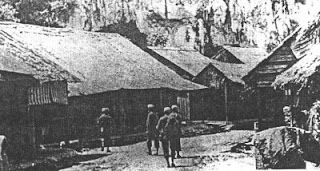 The 999 years land in Perak was a hot issue that may have culminated in Nizar's quick fall after a meteoric rise. [Frankly, this blogger was quite impressed with his resume when he was first appointed.]

It would not be a surprise that the Sultan's displeasure towards Nizar originated with his poor handling of the issue. Nizar consulted the Sultan before hand and was advised to limit the lease to 60 years or at most 99 years. However, he was helpless and cowed to agree to the 999 years due to his commitment in the "Pangkor II Treaty" with Ngeh, Nga & Co.

This decision by the then state government is one factor that may have caused the decline in Malay votes for Pakatan Rakyat i.e. PAS in the recent Bukit Gantang by-election. This is despite Barisan Nasional reluctance to pound heavily on the issue for fear of reaction from the non-Malay votes.

PAS may be seen in public religously defending the State Government's position in their campaign and ceramah spewing excuses of justice and equality. However, behind closed door, it is believed to be otherwise. PAS's Mustafa Ali openly expressed disbelieve when it was announced. He described perpetual lease "as long as the sun and the moon is in existence" is only heard of during colonial times.

During colonial times, the colonial master would give perpetual land leases to themselves. A good example is the lease of Penang island to the British by Sultan of Kedah. (Are such leases at gun point valid?)

Sources said Nizar received tongue lashing in a meeting with PAS leaders for mishandling the 999 years and his unbecoming conduct with the Sultan. This is despite the seemingly united front by PAS in giving support to Nizar.

For face saving, PAS has coined a term "memulihara" sistem raja berperlembagaan to spin the "derhaka" (treason) allegation levied at Nizar. The term "memulihara" and names like Sharif of Mekah, Sayid Hadramaut and Abu Bakar of Malabar will crop up in the upcoming PAS mid-June Muktamar. [That will be another posting to come.]

On a serious examination, the 999 years land issue is not just another Malay vs Chinese age old animosity or Malay envy issue but a serious political and administrative blunder by Nizar and unmistakably deserving to be labelled as "MB Boneka".

Ipoh-born writer and blogger Syed Akbar discussed the 999 years lease in his latest Outsyed the Box posting and it is reproduced. The snippet from his article and it is intersperced with comments and links to other discussion on the 999 years are below:

Nga & Ngeh’s act of granting 999 year leases to some of the TOL holders in Perak’s New Villages is obvious political bravado. It is also irresponsible because it impacts very negatively on other peoples’ sentiments. Even in high end Petaling Jaya (although not in Perak) many home owners (Malay as well as non Malay) only have 60 year lease hold land titles for which they paid real money.

Nga & Ngeh could have offered just 60 year leases too. However there is a catch to Nga and Ngeh’s 999 year leases. These title holders now have to pay the land premiums for the whole 999 years, which totals over RM20,000 for some of the plots. Hence todate very few have really come forward to claim their new 999 year titles in Perak.

Now Dato Sri Zambry Abdul Kadir the Menteri Besar of Perak is trying to sort this out by allowing the 999 year lease holders to pay their premiums over five years.

We must not forget our own local history. Many of our young people do not know our local history. Well again its our fault because we do not teach more practical or useful history in our schools.

The New Villages were a creation of the Emergency Period (1948 – 1960). Lieutenant General Sir Harold Briggs was appointed Director of Operations in Malaya on 21st March 1950. To deny Min Yuen food support of the Communist insurgents, General Briggs copied the ‘resettlement villages’ idea pioneered by the Japanese Army against Chinese villagers during their occupation of Manchuria in the 1930s. Later the Americans would use the same method, known as the ‘strategic hamlet’, in Vietnam but to not much avail.

At that time there were tens of thousands of Chinese squatters scattered at the edges of towns and villages. These were the poor and landless people, often just off the boat from China. They were very different from the wealthier Chinese who already had their shophouses on Hugh Low Street, Birch Street, Batu Road, Swettenham Road etc.

These squatters were often the logistics and food support group for the Communist insurgents operating in the jungles.

They were gathered in the New Villages as a matter of national security as well as for their own protection because undoubtedly many of them also suffered at the hands of the Communist insurgents if they did not comply with Communist demands.

The Raja Muda of Perak raised a historical fact that in 1950, the Majlis Raja-Raja of the Federated Malay States had expressed displeasure to the Brigg's Plan. The reason being it came at the expense of their subject, the peasant Malays in particular, who were yet to be provided land.

Back then, the non Malays were not awarded citizenship but were Immigrant with British subject status.

Continuing where Syed Akbar left off ...

But today the third generation of New Villagers has little knowledge or relation to what happened 60 years ago. They have all become Malaysians like everyone else and can be found everywhere from Perak to Bangsar to Phnom Penh or New York. So we really need a Malaysian solution to this TOL land issue.

In Perak, which was the main frontline State during the Emergency, there are only about 3000 acres of land which has become an issue. The other States may have a similar acreage or possibly less.

Since the Emergency ended in 1960 (49 years ago), none of these TOL land holders in the New Villages has been evicted or their houses and shops bulldozed to the ground. The fact is many of these New Villages have gone on to prosper. Attap houses became wooden houses and many are now solid brick and concrete bungalows.

But the fact is they do not posses any real title to the land they have been occupying without break for the past 60 years. And it is most unlikely that any of these New Village TOL houses and shops are going to be evicted or their buildings bulldozed even over the next 60 years. I don’t think we will do that in Malaysia.

What this means is that if they are given title to the TOL lands which they have already occupied for 60 years, it is not really giving away anything new which has not been given away already. It would merely be formalizing their use of the lands.

There is one sore points among the Malays.

Among the New Villagers, a substantial numbers were Communist sympathisers and Communist Party of Malaya guerilla recruits. For fact, one state assemblyman in Selangor was a CPM recruit during his youth. These New Villagers stayed and flourish even after the Communist insurgency ended more than 50 years ago.

While the servicemen, who are mostly Malays and had risked their lives to fight the Communist, were not equally compensated. Dato Fuad Hassan, Deputy President of Perkasa, is of the opinion that the ex-servicemen were more deserving.

The New Villagers were provided land in perpetuity at the expense of the Rancangan Kampung Tersusun. Another irony is that while the New Villagers received land, the Malays were only allocated public land for as religous schools use.

Syed Akbar continues to question the feasibility of the land titles and offer a possible solution ...

I think it would be a better way to just do an audit of all the New Village TOL lands throughout Malaysia and come out with one policy and issue these long suffering people with land titles. And it can be done quietly and quickly without attracting too much publicity.

Nga & Ngeh’s 999 year leasehold titles are not “feasible” because most lease hold titles in Malaysia run for 99 years only. In Petaling Jaya leasehold titles run for as little as 60 years. And those are not squatter resettlement New Villages either but people who paid real money for their 60 year land.

Such ‘New Village’ leasehold titles can of course be “restricted” or have conditions attached. Transfer of Title by inheritance should be allowed easily (if an owner dies, his or her inheritors must have security of ownership).

But Sale of Title could be subject to State approval. Since it is a “land grant” leasehold title, Sale of Title could even be subject to a special tax. First here is the logic : we must remember that the initial occupation of the land, during the Emergency back in 1950, was on National Security and Humanitarian grounds. If the present day owners or inheritors were to seek commercial profit from the sale of the leasehold titles to be granted, it is not unfair if the State (the original grantor of the land) be given a small bite from the cherry.

Blogger Kembara Politik who wrote extensively on this issue analysed the fact and figures and derived to the conclusion that it was lop-sided deals.

When this issue blew openned, the then Perak State Government reacted to appease with mere "sweeteners" to the Rancangan Kampung Tersusun but they had basically abandoned the program.

Subsequently, there was the announcement to award land to the Chinese vernacular schools. When it broke into another uproar, the responded to give land to the Sekolah Agama Rakyat.

It could be argued that the Chinese being more wealthier and cash rich could afford to buy more land for their communities' vernacular schools. But, will that serve towards equality and unity of the people, when economic dominance of one race enables that race only to afford basic needs. This must also be considered in the solution.

There is more than one way of skinning the cat, with minimum pain (cat lovers, please forgive me again)

I strongly believe that, after all is said and complained about, if we examine the real history and facts behind issues and explain them clearly to the people and then make real practical suggestions, most reasonable people will accept them. We must come out with real solutions which will make people’s lives easier.

Granting 999 year leases to a few hundred people is just being rude and provocative towards tens of millions of other people. Not giving a few hundred people anything more than a temporary piece of paper despite allowing them 60 years of occupancy is not exactly ‘making people’s life easier either’

Yes, lets find a solution that is fair to all in the spirit of 1Malaysia and towards the evolution of a Bangsa Malaysia (United Malaysian Nation)
at 4/27/2009 11:15:00 AM

These is called land grab. Done by the greedy bunch who never satisfied with what ever they have already. It is always the malays who are being fooled. Be it in BN or in PAS what more in PKR.

These suckers wants everything under the sun. This is what is going to happen if we allow them to take control. You lose y0ur shirt!

This article is full of crap.
Lots of distorted facts.

I would appreciate you highlight where it is distorted.

If the fact and reasoning is distorted, then it deserved to be called crap.

A Malay's own proverb speaks a lot its culture origin :

Lose your Sekolah Cina & Sekolah Tamil first before you can demand Malaysian Malaysia. How difficult can that be?