Was Carcosa that finally made Abdullah final? 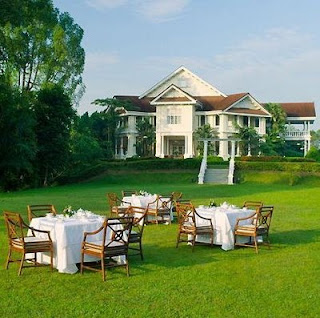 Due to his constant flip flop in decisions, not many believed Abdullah would transfer power in 2010. Let alone 2009 and on the eve of his last few days.

Whatever he claimed on the last day of the UMNO General Assembly, many still believed, if he had his way, he would stay on, sleep on his job and his non-punctual ways.

What made Abdullah willing to vacate his Prime Ministerhip post?

Before we try to ponder over it, lets recall that Abdullah was obviously upset with Muhyiddin for initiating pressure to expedite the power transfer.

In fact, the stupid move by Dato Ahmad Zahid Hamidi to offer himself for the Deputy President was at Abdullah's insistance to revenge Muhyiddin. So does the challenge by one-term Vice President, Dato Ali Rustam and possibly Tan Sri Muhammad Muhammad Taib as safe measure to split Muhyiddin's votes.

There had been talk of Abdullah trying to avoid the boot and save his family, financially and politically. Many conspiracy theories was floating of Najib being denied the Prime Ministership and be left with only the UMNO President position. Dr Mahathir himself spoke of such possibililty.

The pervading question to all these theories is how will it take place. One can call it continuity or stability but the fact is, in Malaysia, unexpected events like coup d'tat never happens.

Our post independence experiance with such emergency situation is only the racial riot of 1969. One theory said there will be an emergency proclaimation and Najib will be denied the Prime Minister post. However, such happening is remotely possible without a public unrest or catastrophe occuring. The excess politicicking now is not sufficient to claim the situation as lost of public order.

The YDP Agong's prerogative to call for an emergency must be based on the advise of the cabinet. That would be the last the Cabinet would resort to in the event of any public unrest for it means admittance to their inability to administer and provide the leadership to the nation.

There must have been winds blowing that caused tree shaking talks of Unity Government and UMNO-PAS Talk. Abdullah did not met up with Anwar out of the blue.

Anwar tried hard to discredit Najib since Ijok by-election in 2007. On the eve of Najib's formal confirmation to the Presidency of UMNO, the foreign press and major global newspapers came out with conspiracy stories on the Altantunya murder and millitary deals. Anwar's hand behind it is too obvious.

As one former MP informed yesterday, Anwar was trying hard to get an appointment with the Agong in the last 10 days to no avail. He went further to say Anwar used Federal court judge and legal advisor to Agong, Dato Kadir Sulaiman to seek Agong to not accept Abdullah's resignation.

In the meanwhile, the former MP said Azmin and few other Pakatan leaders were tryng to convince Abdullah to meet and listen to what Agong had to say without expressing intention to resign.

Despite mistake by the Chief Secretary to Government to announced ahead of the palace, Abdullah resignation this morning seemed almost inevitable.

Thus the question is what made Abdullah decide not to be funny? For a while, he had kept the incoming PM and the public in the dark for a long time on his last date and was said yet to confirm the Istana's planned farewell dinner for the 14th April.

On Sunday, the newspaper reported him saying the 28 projects for Kepala Batas will continue. That would be for the people of Kepala Batas and is of no consequence. It was his statement for the resumption of the RM4.3 billion Penang Bridge and RM2 billion Penang Central that puzzles me. 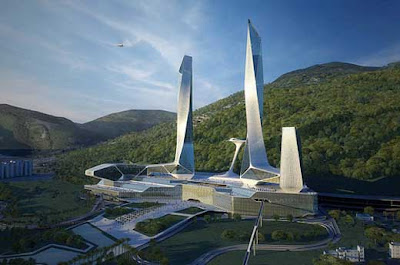 Having heard from sources in Penang that Lim Guan Eng is rearing his true self with the Low Yat Groups, is there a deal cut between Abdullah and Lim Guan Eng?

Yesterday, Bigdogdotcom revealed that Abdullah is seeking for the two acre Carcosa land on Federal Hill as a golden handshake.

Carcosa used to be the residence of the British High Commissioner to Malaya/Malaysia until it was taken back by Government in 1984. It is now a premier land worth RM1,000 psf.

Coupled with a Tunship for himself and undeserved 21 month wife Jeanne, are these terms demanded by Abdullah to resign from the Prime Ministership post and dump other dubious plans he had up his mind?

One wonders now if he really meant what he said in his Damai Abadi poem. Perhaps, one shouldn't ponder too much for we have a huge task ahead to repair the damage left in the trail of Abdullah. As someone once told me, the damage of Abdullah's five years will take 15 years to repair.

So who is going to be in Najib's new Cabinet? I truly hope the corrupt ones are left out. Takkanlah Azalina yang dah makan duit beratus juta nak jadi Menteri lagi. She should not only be dropped as Minister but should be charged in court and if found guilty, spend her remaining years behind bars.

I heard a strong rumour that YOUR FRIEND Jamaluddin Jarjis is seeking a come back. If indeed Najib takes him in, that will be his first mistake as Prime Minister. Everybody knows that JJ is extremely corrupt. On top of that he goes around groping women. Takkan orang macam ni nak masuk balik ke Cabinet.
Najib spoke about transparency, getting close to rakyat and so on. If he gets these goons into the Cabinet, he will fail.

you miss one thing...he is the next penang governor

As for Penang Central project it is part of the NCER program. The project entrusted to MRCB is on going. To my understanding it was never shelved by the Federal Government, the same also true with the 2nd Penang Bridge. Where did you get this misleading info from?

It is very easy to speculate and generate assumptions based merely on hearsay and rumors spread by the irresponsibles.

Pak Lah is out. Stop from making ridiculous allegations against him and his administration as it will also reflect negative implications towards the new PM and his government. We must keep in mind that Najib is also part of the previous administration helmed by Pak Lah.

Smear politics aka UMNO style... Just too bad, Abdullah is a nice man. Otherwise the Mamakthir will die of heart attack for all his dirty games.

We will all remember Pak Lah as the PM who gave us democarcy!!!!

Both Dollah and wife deserve to be conferred with Tunship. No doubt about it. Both of them are very special creatures. Dollah is a human being who is brave enough to marry a jin and likewise, a jin who must be of a special breed that found confort to sleep on the same bed with someone who suppose to be a wali, nothing....Dollah wants nothing except al Ghazali. Perhaps al Ghazali would only appear at the doorstep of Sri Perdana that made him reluctant to vacate the post of party president hehehehe

If he were given all those projects and the land where Carcosa Sri Negara stands plus the already given Tunship, it tantamounts to the same thing as bribery, only that it was a bribe given by the incoming PM who is now PM. How could he consider himself to be clean to lead this nation? I have my reservations about the new PM.
Malaysia is doomed.
Pak Zed.

Do you think assuming Pak Lah wanted to avoid stepping down, he would accept his fate for a 2 acre piece of land worth RM22 million at current prices?

The way Najib has awarded commissions to friendly consultants at the Defence Ministry, Pak Lah wouldn't have to settle for a measly RM22m. You clearly are blinkered when it comes to how much money there is to be made through government contracts. Ask UMNO members. They have personally enlightened me. A piece of land wouldn't cut it.

If he wont leave, bribe him with the expensive land, mega projects like second Penang bridge and PGCC. The end justifies the mean. Dua-dua pun sama.

you got that one spot-on on Tun Jeanne. i mean, how cheap can the Tunship go?