Anonymous are Pseudonyms and Pen Names from the past 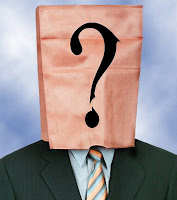 This should be a short and last comment on the episode between Sakmongkol and me. Simply, because I hate discussing about blogging as a subject. It is so syiok sendiri of bloggers to write about the world they are in.

I rather be blogging instead.

Sak has brought down the pictures and I understand what that gesture means. I thank him for that. He understood what it means.

In his posting White Feather, I posted a comment to ask him to return to the issue of ground rules and he oblige with his latest posting here. I hope those nasty exchanges and challenges ends too. It is overstretching and truly unnecessary.

In his latest posting, Sak expressed his disgust with anonimity and believed that it could be open for abuse. His points have some validity which in his views it could be used to destroy people and institutions, and anonymous authors could avoid responsibility. For that, even known authors do abuse it.

But there are some of his repeated points, I have to answer. I do have to repeat certain points. I am sure he agree that jawab tetap jawab.

I hate to return back to the issue of Rashid but I have to clarify.

Big Dog is no more anonymous for quite some months now and in the relevant circle, nor am I totally anonymous neither. My picture exist in Jinggo's, right? Sak knows me. Most major bloggers know me. Rashid knows how to reach me. I know people who can lead me to him.

When I wrote about Rashid, the appointment was not formally announced. I based it on a posting by jouno-blogger Ashraf Abdullah. I gave my reservation similar to what most did when Najib announced his new cabinet. There is nothing unusual.

If I was accsued of destroying Rashid's career or putting "pasir dalam periok", then how about those demanding certain Ministers be removed from Cabinet. It is inconsequential really, just part and parcel of public life, public office, and high profile jobs.

Sak did not agree with me mentioning of security threat. He thought it was vicious. That is where we differ. As I see, Rashid's association with you-know-who makes him a security threat and the term could mean a whole lot of possibilities.

That is what I believe and I am entitled to my opinion. There are those who concur and relevant people agreed. Don't believe me becasue I am not telling who agreed.

To claim that bloggers like us are acting like judge and jury towards Rashid is an exageration. The prerogative is Muhyiddin and our voices is not significant to cause any change. It is indeed an insult to Muhyiddin's intelligence to be influenced by bloggers in his decisions.

But lets just leave it at that. This is where we difer, and no amount of explanation and elaboration by me or him will serve any purpose. That is what blogging is also. Agree to disagree.

Anonimity exist in the past

Whether we like it or not, anonymous bloggers or commentators will exist and continue to exist simply because blogspot.com and other blogging platform allows for it. There is not much we can do about it.

I seriously doubt the information from Sak of laws in France and US against anonimity is relevant. Simply because, I did post a comment under anonimity from Paris some years back. I did post an anonymous comment on an American blog with regard to Obama during the US Presidential campaign.

Not only we can't do much about anonimity, it is also nothing new. There are legal differences but it is an old practise.

Books were and still being published using pen names rather the author's real name. In cases where author's full name were published, the real author could be someone else.

And there are those letters to newspaper editors still being published using pseudonyms.

Furthermore, lets not limit the existence of anonymity to only "protecting whistleblowers or honest journalistic sources fearful of retaliation" but for commentators and bloggers, there are valid issues of privacy and personal reasons.

How do we deal with the problem with anonimity on the Internet?

I have said it and Sak also agreed, the blog "market" will decide whether to buy their wares. If they have been selling defective goods, they will slowly lose their credibility and eventually perish.

However, for Sak to fear readers becoming heedlessly attracted to the sirens and end up shipwrecked on the shoals, that is an insult to readers intelligence.

Readers are not all stupid. They have their own experiance and encounters to judge what we wrote. And they can read back our past post to see our consistencies.

If I had been writing absolute crap, not that it really matters, I know I would not have any readers.

When readers don't "buy" what we wrote, many do dish back as commentators and dig our past comments to highlight our inconsistencies. If we censure their comments, they will leave our blog and rubbish us elsewhere.

How do we deal with all these?

I have no answer. I guess we have to ride this learning curve of freedom.

Nevertheless, if there is some kind of ground rules that is known, readers will be able to judge blogs by those stated ground rules. But to apply journalistic standard will not be appropriate.

Blogs are individuals expressing themselves and we can't stop them doing it technically. The way I see ground rules provide for readers a set of criteria to judge the blogs they are reading.

I am quite loose on this. As far as I see, jounalistic type of code of ethics will only stifle freedom of expression.

For me, I look for that simple honesty. For instance, bloggers should be honest as to not pass off rumours or speculation or opinion as reported truth. Being courteous certainly helps.

Enough said. Nothing changes. I will be blogging as usual.

I don't care what people think pf you or what you're look like. It does not matter to me. What is important is your posting on the stories and the rumors.So far there were truth about them. You're right, readers are not stupid. If bloggers tell lies, they will perish. Keep on writting En Din. I will be waiting for your next posting.

A good rebuttal and yes we will still read your postings.

Bro Voicey,.
Yesss!! Ur rite bro,..i dun undrstan wat bro Sakey is harping about on dis anonimity issue,.. even anonymous bloggers or commentators can b trace even ur moving aroun frm one cyber cafes or hot spot,.. at d end of d day d prson will b spotted,..aiyaa bro Sakey tak tengok wayang kot,..heheh.. d tech nowadays r so advance anyting can be done if u want, b it anonymously or not.. lg pun gue ingat issue ni blown out coz bro Sak lupa yg ur anon onl;y to d readers but among fellow bloggers ur not so can it b considered ur anon,..he noes u like I do even i dun noe u dat close,..heheh.. but to expose ur name is wrongh coz i remember u mentioning to me on our first encounter wth JMD,. u said' dun mention my name since u noe who I am coz i prefer to b anon' so why did he spill ur name,..heheh.. to me bro Sakey is not a gentlemen.. he jst got carried wth emotion.. ape pun bro gue tahu lu ngan BD is rite,..never take chances coz bro R got mixed up wth KJ,.. he shud have decline to help KJ wen called b4 and he shud have weight his decision & realized d impact it cud do to his career,.. politic dulu lain bro,..skang lak lain so nasib tidak menyebelahi dia tapi tak bermakna akan mati kelaparan as he can make a lot of money wth his capabilities in writing n consulting,..heheh..wat else can I say,..ciao bro..(,")

btw, why sak still hiding behind anonymous if he dont belief in it.cakap tak serupa bikin

Tapi dia tunjuk sendiri the quality of person he is. Tutup buku.

Next time you happen to see him, when he is not looking at you, lastik pontot dia dengan guli and whistle away buat muka selamba!