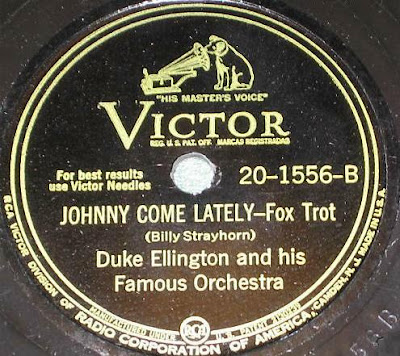 This revelation of an open secret means a lot of thing. Since I am still recovering from a swollen right wrist and practically blogging left handed, I can't write at length and have to be brief. The questions are basically:

WTF have they been doing about this?
WTF appointed these blurred bunch of idiots?
WTF took them so long to realise?
WTF allowed such thing to happen?

Let me open another open secret. 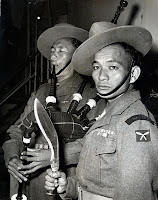 UMNO survive out of mostly the volunteers, sympathisers, and machinery outside the UMNO organisational structure. In other words outside Gurkhas.

Unlike the opposition, UMNO members are not generally true members and real activist. UMNO is dependent on outsiders rather than within themselves. A simple thing of putting up posters are done by paid contractors, who could be opposition sympathisers, and not they themselves doing it!

There is generally a lackadaisical attitude towards UMNO within UMNO, be it the position holders or members. I wonder why they become members in the first place? It is the people outside that actually love and sacrifice for UMNO. Generally, not the one in.

The latest thing happening is bloggers are sought after to help. Looks like bloggers who support UMNO are depended to do work which is supposed to be their work.

Imagine, Bloggers who pay to own their computers, Internet account, and travelling expenses to blog on their personal interest are expected and depended upon to give them prominence? To give them coverage? To do their talking? To do their warfare? Where the duck is UMNO and their claimed 3.2 million members? What are they doing with their deep resources, wide network, and paid personnel?

For UMNO specifically, buck up! Do your work yourself! Stop depending on others to do your political work! Your political machineries must be within your organisation and not outside. Otherwise, do a motion-of-no-confidence to throw out all those position holders, salaried workers, and even those members!

Off late, particularly after the General Election, there have been many attention given to bloggers to seek for assistance to disseminate information.

On the event day of BUM 2009, I say that that is what bloggers should not be doing. Bloggers are independent individuals who should freely blog to express and share their thoughts and viewpoint with honesty and clarity. 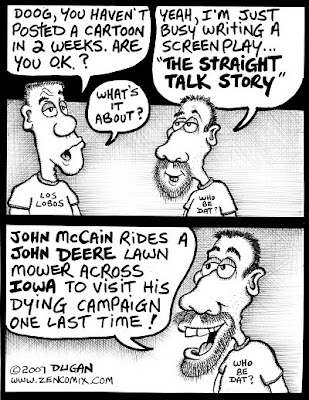 Now when it is too late only UMNO realised. Prior to General Election 2008, bloggers were called so many names by UMNO leaders - Penembak Curi, irrelevent housewife and unemployed, goblog, etc., now they are sucking our knee cap for our help and cooperation.

Lately, many disparate groups seemed to be established to undertake this task of cyber warfare. Some wish to be the master strategist for the endeavour. Some organising information dissemination session. Since weeks after GE12, I was already invited to a closed group for discussion. 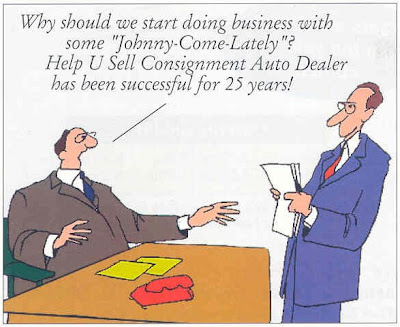 The strange and common thing about all these attempts are that all those talking, analysing, strategising, attending, and organising know nuts of blogging. I wonder if they even have an e-mail.

Thus, if they know nuts about what we are doing and what is happening in blogosphere, please SHUT UP! STOP TALKING AND DO MORE LISTENING! If you guys are reading me, let me tell yawl this ... "YOU GUYS ARE DOING THE WRONG THING!"

"Bloggers are independent individuals who should freely blog to express and share their thoughts and viewpoint with honesty and clarity."

I'm glad that you have stated your position.
Has been an erstwhile perception that you are blogging for UMNO, at least on my part.
The call is for you to continue blogging non-partisan.
Good luck bro.

Heard from very reliable source inside PM office that Hassan Merican was told by Najib few days ago to appoint Syed Hamid as new Petronas Chairman. Hassan informed Najib he could not work with Syed Hamid and that he would rather relinquish his President post and become Chairman. Hassan suggested making Amir Azizan (the late Tan Sri Azizan's son now CEO of MISC) President to replace him since Hassan owes the late Azizan for bringing him into Petronas as the youngest VP when he was 36 in 1989. Najib said he wanted Hassan to remain President as he was doing an excllent job but wanted to enforce check and balance by bringing in an outsider as Chairman. Hassan refused and told Najib that if he brings in an outside Chairman, he would resign as President and if Petronas' performance deteriorates, Najib would be held responsible to the Malaysian public...and that Najib would have to think very carefully about this given the next General Elections. Hassan told Najib that he must consult Tun Mahathir before making any decision on his position since Mahathir is Adviser to Petronas. Who is really in control of Petronas...Hassan Merican or Mahathir? Perhaps it is high time that Petronas becomes accountable to the Rakyat via Parliament, and not to a powerful warlord or a former PM.

"yawl.."???
never knew you speak Texan. But its a nice touch and generally a good kick up the you-know-what

Ya, so we are one of those goblogs boring housewives
We'll our job better that way

That is it with perception and categorising and pigeonholing, so short sighted and inaccurate.

Read back what I have written in the past to ahve an inkling of my view and thoughts.

I may be supporting Sultan Perak now but read my old article on Princess Diana. Through all these, I am not flip flopping.

I do not have to prove anything to anybody. I am pro UMNO but I write as a critic. Be it towards BN or PR. If you have the right attitude, lots of critics and even bashing could do you good.

Uncle Zorro knows my views on many things in the past.

Wow, and this is called a brief one.

But you miss a line that means two parts.

As always, wanting is one and the final outcome is another.