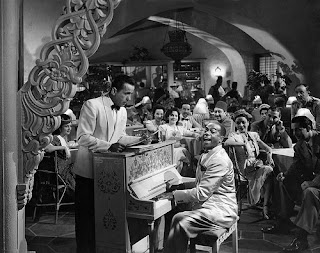 Asas Serba - a company spearheaded by Tan Sri Halim Saad and strongly believed to have Tun Daim Zainuddin behind - made a proposal to the Government to buy the 25 toll operators at a cost of RM50 billion.

Part of their sales pitch is that road users will get a discount of 20% and no further toll hike. There is the promise of savings for the Government to the tune of RM114 billion in compensation payment till 2038 (read BT May 4th here). Butcher from Shell must be having premature ejaculation in his pants now!

In a press conference on May 3rd (see The Star report here), Asas Serba Director, Dato Syed Amin El Jefri gave the assurance that no single individual shareholders will control the company and it is institutional shareholders and bondholders that will dictate how the company is run.

Basically there is no issue of cronyism, if the name and temperament of Halim Saad brings up bad memories to many. That should be temporary political relief for Barisan Nasional (BN) knowing Barry Wain's book is selling fast and Edmond Gomez recently help promote the book to University Malaya students.

But politics is about perception. Thus, for the reason this proposal will attract negative perception towards Government, Asas Serba's proposal have to be rejected in the Cabinet meeting tomorrow.

There is no short of other options to explore to achieve the desired slogan of rakyat diutamakan by lessening the toll burden on the voters, particlularly urban voters.

Despite what the untold stories and intentions in the past are, having Tun Daim and Halim Saad back as major players in the privatised project segment will not auger well for the political perception and prospect of BN.

True that Tun Daim and his "students from the Peremba School of Management" delivered. There were unlike Anwar Ibrahim and his cronies that build war chest but do not deliver. The more democratic PNB model of generating corporate Malays failed too with the likes of Tan Sri Khalid Ibrahim, Dato Anuar Mohd Nor, etc showing their true colours as traitors of the Malay struggle. However, this is not the time to see things in isolation.

Tun Daim may have his frustation and would have liked to do things differently then. It is heard on the grapevine that he has expressed it in a book but will only come out in the absence of a certain person. 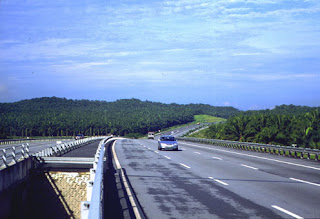 But, the return of Halim will only remind the market and public how much public fund was used to salvage Halim Saad out of Time Dotcom and UEM Renong debacle during the 1997-98 crisis.

He had invoke the public fear that there is no such thing as too big to fail. When the big ones fail, large amount of public funds had to be deployed. Asas Serba will be seen as no different.

The petty issues raised by the twisted Malaysiakini are petty and could be simply ignored. Together with issues of financing raised by the myopic market traders, these are mere operational issue that could be addressed with good and people sensitive management.

An important assumption expressed by Dato Amin El Jefri is that having institutional shareholders and bondholders running the finalised concession company will solve the problem of the past. Now now ... there is a maxim in corporate finance that firms will act to maximise shareholders wealth.

Is Butcher from Shell reading?

Then there is question of what happens between the purchase of the 25 toll operators and the finalisation of the mega-concession company? The transition could invite negative speculation that is not good for Barisan Nasional. The public will scrutinise the deal for these same ole tricks.

Purchasing the 25 toll operators in such a manner will have its political fallout. The bitterness from the force takeover of the Cheras toll given to Teratai K.G. Sdn Bhd in late 80s (if my memory is not failing) still lingers till today. What with 25 toll operators if the deal is forced, unfair and seen as self serving rather than for public interest?

Notwithstanding the opportunity to be properly briefed of the deal and provided with more critical factors, the Government should actually undertake the exercise themselves instead of letting Asas Serba become the go-between. It will be cheaper and the benefit will be felt to the consumers without "toll" in between.

Khazanah Nasional has controlling and indirect minority stakes in major toll operators like PLUS for instance. Instead of Asas Serba, Government could establish a wholly owned Government National Toll Concession Company (NTCC) and have Khazanah transfer their shares in PLUS at a nominal par value.

This can be done. Sap sap suei. In the late 70s, Pernas Securities transferred their holding in MMC to PNB at par value. So you see, Khalid Ibrahim is not that big a deal of a fund manager. Only know nothing Anwar is impress with him.

The NTCC could raise money from the bond market to finance the purchase of the unowned shares. They should not have problems funding hurdles.

The Government could issue long term bonds and lent it to the NTCC. The Bond market is short of long bonds and EPF would take up any MGS issued. That is cheaper than borrowing using Private Debt Securities (PDS) as long as Nor Mohamad Yakcop is not involced.

Having owned all the concessions, NTCC can renegotiate the terms without any other parties menyibuk asking for higher toll rate. It is all Government to Government.

Operationally, NTCC should not be profit driven. Toll users are basically charged for maintenance only. The building of highways and facilities is left to the Government and not by toll concession holders like in the past. There will be no more compensation to be paid to concession holders.

There exist this economic ecosystem of Petronas sell petrol, Proton seel car and PLUS or NTCC provide tolled road. Why not give more discount for those toll road users that consume Petronas petrol, ride Proton and other Malaysian products for that will boost the domestic economy?

With consumers get to cut their transport cost, that helps the economy directly and indirectly. The consumers will see the Government is serious about rakyat diutamakan and are really good listener. Hopefully they vote Barisan Nasional.

The numbers and figures need to be worked out but conceptually this could be a better option than Asas Serba's proposal. Imagine that all this is done by yours truly leisurely on the PC with a hot cup of coffee and only shorts on. Those professionals with their high paying salary and perks MUST surely do a better proposal.

The last important question and reminder to the Cabinet is: Do the Government want to win the next General Election?
at 6/01/2010 11:00:00 AM

" Imagine that all this is done by yours truly leisurely on the PC with hot cup of coffee and only shorts on."

bro voice R u sure ur not having a fag as well ke?

On the other idea u mentioned...use Petronas fuel tu susah sikit to implement....one way is to begin phasing out other oil company in the retail market, no more new stations and make sure all strategic stations belongs to Petronas....just look at Indonesia Pertamina have a near monopoly on retail market only a few stations tak sampai 50 foreign companies and they are only allowed to sell the higher grade fuel (lebih mahal)

Can Halim make rm50billion profit? It is very possible Dato, sebab.. They willl securitise the future earning and get cash immediately to go into another round of shopping spree acquiring investment worth another 40 b ... And keep on rolling.

A friend told me Halim would first buy all toll concessions via asas serba for rm50billion, he will revalue it and re list the concessions in international market with a valuation of rm100billion thus making another round of profit of rm50 billion.

I am asking some analysts to look deeper at the financial engineering .

If its true, why can't it be PNB doing the deal instead of a bunch of individuals?

If ever they appoint CIMB as their merchant banker, the deal would be unstoppable!

Anonymous said...
This comment has been removed by a blog administrator.
12:45 PM

Any Proposal that will ease the Burden of the Rakyat should be welcome.... Doesn't matter if it is from Daim or Halim Saad. But Govt must beware of the Fine Print and make an IronClad Agreement to safeguard Rakyat's Interest

If I had that fag, I would have seen that.

Once in a while, I do luv to good insults.

Did you just cleared your PMR? Insult tak witty langsung

If the voters have no problem with that, I agree with you.

By what DR and Hamim Bin Rompak commented, Wow!

Regardless of which way you look at it, what they are trying to do is create a Monopoly! Remember, not all the highways are profitable.

By creating a monopoly it would be against the much lauded "NEM" and would only create a loss of confidence in Malaysia.

Until today we still don't know the REAL cost of the highways! Asas Serba wants to buy at RM50 billion, yet the govt says the cost is somehow over RM300 billion or so.

It does not help with the return of Halim who would only remind the public how much public funds was used to salvage Halim Saad out of the Renong etc issues. and now just look at Sime Darby! This might lead to another PKFZ scandal, therefore YES, Asas Serba should not be given any chance in controlling a public utility!

uhuh... first we have the pkfz then, Sime Darby and next Bank Rakyat...??

Heard of how low Bank Rakyat sold Angkasaraya Building to Sunrise which is right opposite the KLCC?

Yes, for a meagre sum of RM150 million only... and their NPLs are escalating fast...!

But I do hope the cabinet will agree on asas serba's proposal... that will make things easier for bn's fast exit...

whatever ways u look at the proposals,inside out,upside down..it simply just a case of robbing everything before the next Ge13!they knew they are going out soon and they are rushing for whatever evil ways to smack the rakyat's wealth...however idiots they look like!....umno/bn are just just thick-skin robbers!Allah is great and they shall be punished sooner than they thought,insyaAllah!

UMNO needs money for the next election. This is one of the best way with perpetual cash cow. Furthermore Vincent Tan Ascot is facing a lot of boycott and resistance. I believe the cabinet push thru'.

While reading about this whole ASAS SERBA issue, I came across this blog, looks like the issue is really serious. Here's the link!

Anyways this is all hanky panky business. I don't like any of this Monopolization!