Ask what you can do to fight corruption 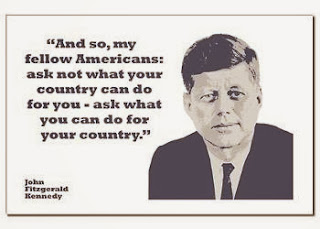 To all those that kept having expectation on government, the famous quote of the late American President John F Kennedy, whose 50th anniversary of his death was just remembered, is a good reminder.

Do not kept expecting on the government. The Malaysian public should also do their part. It applies for those concern with corruption.

"Ask not what MACC can do to address corruption - ask what you can do to fight corruption."

We had stumbled on an article on the same message and wish to share it in this blog. At the same time, the issue of Datin Seri Rosmah's Qatar trip is getting a bit over done.

Coincidently, Rocky Bru here criticised Free Malaysia Today for publishing a letter that accused the wife of the Prime Minister, Datin Seri Rosmah "of squandering away the country's wealth or robbing the nation and its people" but unfortunately, it is "laced with hatred and based on unsubstantiated allegations".

If the writer of the letter, Jesvan Kaur is serious of corruption and strongly feels Rosmah is corrupt for her squandering and have to be dealt with, then she must come forward to help fight corruption by coming forward with the proof and at least, provide the lead for MACC to investigate.

Make a report to MACC. Otherwise, forever hold your peace.

Datin Halimah Said, who is a blogger herself, wrote the following article for The Sun:


People’s will in fighting corruption


WHENEVER corruption in the public sector is talked about in Malaysia, the agencies that are perceived to be among the most susceptible are the Police, Immigration, Customs, JPJ (Jabatan Pengangkutan Jalan). The Fire Department and Income Tax Department are also named as are the various departments handling government procurement.

No prizes for guessing as these are the agencies and departments that have regular, face-to-face dealings with the public. They issue permits, approve licences and award projects, and in the case of non-compliance impose summonses, determine fines and execute raids and arrests.

A large part of servicing the public also involves handling appeals and reviews. Underscoring these transactions on paper are of course the monetary considerations, some resulting in great losses or huge gains for the individuals and their cohorts.

Public service involves layers of direct negotiations with the people where subjective decisions sometimes have to be made by the civil servant. It is at this point that his duty to assist members of the public may be interpreted as their obligation to reciprocate with thanks. This is where the open spirit of give and take underlying Malaysia's multicultural traditions may lead to the clandestine giving and taking in the form of bribery and corruption.

While the overriding argument is that public servants have a moral obligation to carry out their work without fear or favour, the public have to be equally responsible by not tempting them with bribes.

In the equation of bribery and corruption, the giver is as guilty as the taker.

Unless and until Malaysians stop giving bribes, the culture of corruption will continue shamelessly. Who, then, do you point your fingers at?

"Many Malaysians claim the moral high ground by saying they do not practise corruption and hence have the right to voice out their grouses against the establishment for corrupt practices. They regularly cast aspersions on the effectiveness and efficiency of the MACC, the country's anti-corruption agency.

"There are a few questions these moralists need to answer before condemning the MACC for not catching the "big fish".

If you know that:

And if you turn in all the above persons to the MACC, would you be willing to stand in the witness dock to testify against them in court?

"If your answer is "Yes" to all the four questions, you are indeed a moral person. If you have answered "Maybe" or "No" to any of the questions, you might want to reconsider your accusations before hurling them at the MACC.

"The MACC is the enforcement body tasked with fighting corruption, and its personnel as well as affiliated panels and boards ensure its independence and integrity in doing so.

However, much as the anti-corruption efforts are carried out officially at the level of reporting and investigating to come up with evidence and proof that a corrupt act can be ascertained, a lot of information still lies in the hands of the Malaysian public.

"The real problem is if the people themselves condone corruption by choosing not to cooperate with the authorities, is it fair to blame the enforcement agencies and the justice system for failing to put the corrupted Malaysians behind bars?"

"The key witnesses in a corruption trial are often people who are close to the accused. If they are not prepared to testify in court there is a high likelihood that the case will be dismissed and the corrupted person will get away scot free."

"Corruption exists in every society to a lesser or greater degree. Corrupt people are found anywhere in the world – Singapore, Hong Kong, UK, US, Africa, China and Australia. The difference between Malaysians and citizens of the countries where corruption has been greatly reduced lies in the fact that they are better educated about the pitfalls of corruption. The main difference is that they are willing to cooperate with the enforcement agencies – not to break the laws but to reinforce them with a greater civic consciousness.

"They understand that to eradicate corruption, the people themselves must be law abiding in all aspects of their lives. The people's will is all important.

"So before we judge others, look at the man in the mirror. If we are true advocates of a corruption-free society, play a positive role in the anti-corruption war as we are the real soldiers on the ground. If corruption-ridden Hong Kong can do it so can Malaysia".

If one have no specifics, proof, and /or story to help MACC investigate or in our case as bloggers, do an expose to put the person in check and on their toe, keep your hatred to yourself.

As for MACC, the Commissioner, Tan Sri Abu Kassim made a statement in early November saying they have an 85% conviction rate based on 5,496 complaints received, 1078 investigated, and 701 arrests made in 2012. The conviction rate matches international standard.

Whether it is a reflection of the rampantness of corruption in this country ot effectiveness of MACC, it is not a bad achievement since the authority to charge in court is left to the Attorney General office.

MACC's role is to investigate and not to prosecute. Even MACC do not wish to take up the prosecution role so that the legal pursuit does not muddle up investigation.

Off course, there are rooms to improve, particularly in catching the elusive 'big fishes'. Like in any fishing expedition, the big fishes are few and far in between. The big fish tend to be smarter and sharper at evading the baits. They are stronger at escaping the bait.

So don't just talk but grab the rod together. 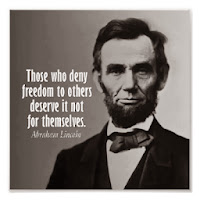 Frankly, we sense that Jesvan Kaur is only concerned with Rosmah's Qatar 'official' trip on government jet and make an issue of the trip.

So then stick to the issue.

If Rosmah had went outside the purpose of the trip to direct the use the government jet for a private trip other than Dubai, then fry her.

Otherwise, Minister in Prime Minister's Department, Dato Shahidan Kassim explained that she had the consent of the Cabinet and few blogs revealed that she had an official invitation of the Qatar government.

Taking in cognizance also that it was a more costly trip relative to flying commercial or even chartering a larger commercial jet and it sacrificed tons of rakyat's sugar subsidy, then the ball goes back to the cabinet for allowing the use of government jet. 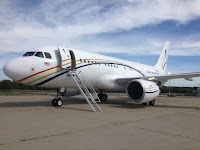 Why is Rosmah being targeted with much hatred and vengence since it is the mistake of Cabinet (if it is a mistake)?

Perhaps one can argue that government jet can only be used when there is the Prime Minister travelling, which was the past practise for by Tun Dr Mahathir for local travel (but he flies commercial for long haul trip), the issue should end right there.

If there is such policy, then Cabinet had erred in approving the use.

From the days of Dr Mahathir till today, there had been someone else by the name of Abdullah Ahmad Badawi sitting in as Prime Minister. He may have changed the policy and practise in the use of government private jet because he created controversy to buy a private jet on a long permanent lease.

He is partly to blame also because he started abuse of government properties.

But the manner the opposition and pro-opposition portals are treating the mistake and prolonging the issue smells a political propaganda build-up. It is not about the issue or taking the rakyat for granted, as written by Jesvan Kaur or wastage in government.

It is obviously politics.

If so, then take the fight to the politicians or the husband, Dato Najib. They and him are the one with the authorities and power.

For starters, how about Malaysia signing and implementing the Exchange of Tax Information Agreement with the OECD?

How about going after Malaysian tax dodgers who have funds off-shore? Surely the government is aware of their identities and where they have stashed their money, isn't it?

What about declaring a 1-time "amnesty" for Malaysian tax dodgers to own up and pay penalties according to the law and for the repatriation of "black money" back to Malaysia?

What about breaking the cosy nexus between politicians and business tycoons in the country?

How about giving the MACC real teeth, making it accountable to Parliament and giving it the power to investigate and prosecute without having to refer back to the Attorney-General?

Let's hear the specifics instead of motherhood platitudes!

If you are a man of honor and God fearing, you should have voted out these corrupted UMNO parasites. But you didn't, you even curse those who voted for the opposition.

With money running out and the fools running the Gomen, lacking the credibility and capability, what else can these parasites are capable of except declaring the nation bankrupt.

Are you not aware of happenings in Penang, Selangor, Kelantan and for a short time, Perak too?

Pakatan Rakyat is no better and could be worse, when they come to power.

At least, BN government is open to crticism. But not Pakatan leaders and government.

Selangor opposition leader had just been expelled for raising issues based on the excuse of bad intention.

Now you tell me!

Next time, just discuss the. DO not have to pick on us.