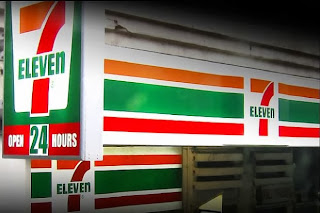 If it isn't long suspected money launderer turned legit, Tan Sri Vincent Tan himself. He was suspected then because he had interests in night clubs, pool hall, entertainment related investment, retailing, and many typical money launderers front. However it is too late for anyone to investigate.

Vincent Tan has done hundreds of deals and build many layers of walls for more than two decades as corporate player for MACC to trace back. Furthermore, he is an influential and powerful man. Politically well-hedged in both sides of the political divide.

The big news on Vincent Tan was last Monday's Securities Commission rejection of 7-Eleven's RM700 initial pubic offering (IPO). The scheduled listing was before the year end. It seems, as reported by The Star here, SC is not convinced of the valuation.

Another issue is how many rounds of listings and delistings of 7-Eleven would SC allow Vincent Tan to deceive the public?

7-Eleven Group was incorporated in June 1984 and as a subsidiary of Antah Group Holdings Berhad. 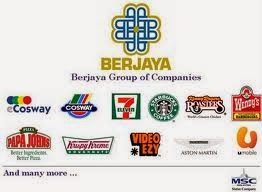 Through Berjaya Group Berhad (as we recalled), Vincent took over the franchise in 2000. 7-Eleven group was remain a subsidiary of a listed company.

Antah may have sold it because the socialite Negeri Sembilan royal family was are reluctant to cough out any more money to expand 7-Eleven and get involve operationally.

According to The Star here, "in early 2007, 7-Eleven was privatised at a price of RM2.10 in early 2007."
The reasons cited "was a lack of public shareholding spread, investor interest and trading liquidity as reasons for the de-listing."

That was the first round of listing and delisting.

As though there is a media conspiracy to cover-up, articles and reports in 7-Eleven IPO does not mention the second round of re-listing and de-listing in 2010 and 2011, respectively.

7-Eleven was re-listed again on August 16, 2010 together with Singer on the Main Board of Bursa Malaysia under a new vehicle, Berjaya Retail. Share price did not do well and Vincent Tan de-listed the company nine months later on May 3rd, 2011.

It caught the investing public by surprise. Risen Jayaseelan wrote of it in The Star here.

Some felt it was it was a premature move. It takes four quarters of sustainable performance before market would take any newly listed stock seriously.

It indicated that the market had not valued it sufficiently to meet his expected return. However, the complain was short-lived.

Vincent Tan bought B-retail shares at 15 sen premium to IPO offer price of 50 sen per share. He spent around RM145mil for the delisting. Netting out the RM53.4mil raised from the IPO, he may have coughed out around RM91mil.

So is it cash out time again? 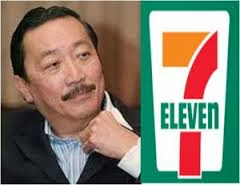 When a company is taken private, the owner/s would usually take loan/s. They hen collateralised the debts in shares and “sells” them to public.

Vincent Tan has been hawking 7-Eleven for quite a while, even heard him trying to off-load to Equinas. However, it does not sync because growth means pumping more money to open stores and it's money churner is not Slurpee as their key success factor (old MBA term) or money churner but liquor.

He opted for an IPO. The exercise is an offering of 43% of its enlarged paid-up capital. Some 39.8% will be offered to institutional investors, and 3.2% to retail investors. The purpose of the IPO is standard and as usual to fund the company's expansion, blah blah and blah.

Out of the 43% offered, he will have dump 39.8% to institutional investors. It would be Unit Trust, pension fund like EPF, Khazanah, and naturally Bumi funds like Tabung Haji, PNB, LTAT, etc. The Bumi fund could be an explosive political and religous issue.

Now that SC rejected the IPO application, Vincent Tan told WSJ the next day that he had deferred the IPO due to year-end lull and planned the listing in March 2014. [Read it in MI here]

The practise of SC is to not give reason for the rejection publicly. So Vincent Tan could spin something to save face. However, The Star report here speculated that they could not "sufficiently explain the justification behind the increased value of the 7-Eleven business, following its privatisation back in 2006."

One banker was quoted, “In cases where companies have been privatised before and are then being brought back into the market (via an initial public offering or IPO), disclosure rules dictate that a very clear explanation needs to be given to justify the increased value of the asset.”

Vincent Tan planned to "float the company at a massive price earnings multiple of more than 30 times historical earnings". So he need to provide extra convince-able proofs to SC that 7-Eleven could grow to justify the high PE.

That would be challenging given the growth rate of retailing and emergence of copy-cats like 99 Speedmart. [Read about it here.] 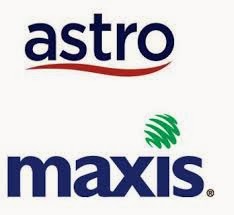 A similar issue "arisen in last year’s listing of Astro Malaysia Holdings Bhd. The issuers had to provide additional disclosures to justify the much higher valuation they were looking to get from the second listing of Astro."

"Astro had been taken private in 2010, only to be re-listed, minus its overseas assets, in January 2012 at a price of RM3 per share for its retail portion, which was at a lofty price-to-earnings ratio of 24 times." Astro's share prices flop upon listing.

Maxis, another PLC in Tan Sri Ananda Krishnan's stable companies, was another re-listing case but unlike Astro, their share prices was fine after relisting.

If the public realised Vincent Tan had went in and out of the market twice and now going for the third round, there would be an outcry and SC would be reluctant to approve. So help make the public cry outwardly.

Vincent Tan will need to use every political muscle he can garner to make his IPO exit from 7-Eleven and his other investments. Thoughout 2013, he has been on a selling spree to degear. [read here and here.]

Do so but do not deceive the public repeatedly. Third round of listing and delisting sudah lebeh, as Tan Sri Samy Velu would put it.

Should SC approve, it will be costly on the reputation and public perception of SC and government. It would send out scent of conspiracy and public will perceive the transforming government of Dato Najib wrongly as "business as usual".

However, economic planner should take note. Vincent Tan has an uncanny timing in degearing his investment before a storm.
at 11/28/2013 12:02:00 PM

Not a fan of shares and stocks, always superficial value.

Am believer of hardwork, ideas, innovations and intellectual proprietorship you earn your keeps.

Capitalism from certain standpoint breeds GREEDS whilst other smaller economies really does not learn from the fiasco of Wall Street - subprime and the rest?

Overtime these smaller economies will itched to get so-called 'bigger' by the measure of their index...

Hence the exploits will never stop.

The rich and powerful never really intended to share their wealth.

Generally speaking one can see clearly the true financial performance and value of 7-11. Enough is enough. The public want to be protected from any scandalous or manipulative exercise. Expose thoroughly for public knowledge.