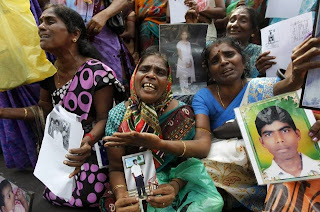 DAP had called upon Putrajaya to boycott the Commonwealth Summit in Sri Lanka to start today till  November 17. Secretary General, Lim Guan Eng urged Malaysia to join Canada and India in the boycott. [Read in The Malay Mail Online dated 12/11 here.]

On a quick look, it could be consistent with the observation of Ye Lin Sheng in his book, The Chinese Dilemma [read here].

In one of the many blogs here repeating the same 7 "bad" habits of Malaysian Chiinese, Ye viewed the tendency of "orang cina Malaysia", as represented by DAP, to accept anything spitted out by the "orang putih" than acknowledging the wisdom behind the actions of a Malay-led government.

Since India is boycotting, let us allow some leeway for Guan Eng. He had lately been complaining "why must it all be about race" in his critic to Dato Zainuddin Maidin. [Read the exchanges here and here.]

He may have just come to the realisation that DAP should not be about Chinese since Indian members are giving him much headache on the CEC election and damn should he have to purge them out of DAP.

Guan Eng is concerned on, as to quote him, the "killings of tens of thousands of Tamils” and consistent with the Canadians, it must be alleged attempt by the Sri Lanka government to cover-up the human rights atrocities committed in long drawn civil war in 2009.

Isn't it strange that Guan Eng and DAP was not sensitive with the family of the killed and amputated armed forces that fought the communist insurgencies by wanting to bring back the ashes of Lim Chin Peng but is sensitive with the killed Tamil Tiger terrorists and Tamil citizen of Sri Lanka cuaght in the line of fire in the civil war?

Before accusing UMNO as a British stooge, remember that MPAJA and Communist Party of Malay was the creation of British and were never freedom fighters but another colonialist. They have no locus standi to claim Malaya as their country.

Such is the atrocities of war that Tun Dr Mahathir have fought to seek the criminalisation of war but one could not hear DAP ever made any protest against the "orang putih" of US, United Kingdom and Israel (since they look like one and hardly genetic cousins of Arabs.)

It is understandable for India to boycott in solidarity with the Tamil population and politicians from South India. For DAP, what is the motivation?

The symbol of human rights struggle in Malaysia can be claimed by DAP and PKR politicians inside the ROC-registered NGO, SUARAM but they cannot claim to be consistent and credible.

Not when they lied, spin and fabricated stories on the nation's purchase of Scorpene submarine, millitary spending and many more falsified accusations. Despite NST's apology for frontpage article to accuse them of trying to destabilise government, it does not give them any credibility.

SUARAM is an American funded stooge and it will never criticise the American and Israel for human rights atrocities in Palestine.

When DAP talks, they are usually inconsistent and have hidden motive. Before talking about their hidden motive, let us hear what our Foreign Ministry's stance.

Since our Foreign Minister is Sabahan, New Sabah Times report below: 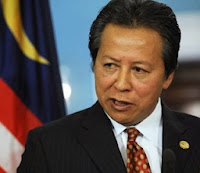 COLOMBO (Sri Lanka): Malaysia sees the relevancy to participate in the 2013 Commonwealth Heads of Government Meeting (CHOGM) in Sri Lanka as it has much to share and learn from the other member countries, said Foreign Minister Datuk Seri Anifah Aman.

With membership spanning all the five continents in the world, the Commonwealth was well positioned to play a significant role and contribute towards development and progress in all corners of the world such as promotion of democracy and good governance, the economy, social and cultural issues, he said.

Anifah also said that Malaysia’s participation in this year’s CHOGM, led by Prime Minister Datuk Seri Najib Tun Razak who is scheduled to arrive in the Sri Lanka capital on Thursday, was a testament to its commitment to host the biennial summit meeting in 2019.

“That shows our readiness, our willingness (to be the host in 2019),” he told Malaysian media, here Wednesday.

Malaysia has offered to host the 2019 CHOGM during the 2011 CHOGM in Australia. According to reports, Najib said the year was significant as it would be 30 years since Malaysia first hosted the meeting in 1989.

On calls for Najib not to attend the 2013 CHOGM, Anifah said while it took note on the opposition about the participation however skipping the summit did not bring benefits or advantage to the country.

“What is important, we come to assist in making Commonwealth exercise what is enshrined in the Commonwealth charter.

“We also want to see how the reconciliatory process is going on in Sri Lanka,” he said.

On the decision by some leaders to give a miss at this year’s CHOGM, Anifah said he believed that it would not affect the meeting generally as the attending leaders would put forward good discussions and issues.

“Malaysia has many to learn and contribute from this meeting,” he said, adding that Malaysia respected the decision by some leaders to skip this year’s CHOGM as their prerogative.

The 2013 CHOGM themed “Growth with Equity: Inclusive Development” will be held on Nov 15-17. Najib is slated to attend three executive sessions and three retreat sessions with the other heads of government.

Anifah said heads of government were scheduled to discuss measures to address current and emerging challenges in achieving equitable and inclusive growth and sustainable development.

Anifah also stressed that for Malaysia, the Commonwealth was an association not only of governments by also the peoples.

“Our active participation is aimed at ensuring that the Commonwealth remains focused on socio-developmental aspects that benefit all its member countries and at the same time upholding the principles of development and democracy in a balanced manner,” he said.

Anifah said Malaysia looked forward to continue working with its Commonwealth partners to promote moderation as an approach to tackle global challenges and threats to international peace and security.

He said the theme of 2013 CHOGM “Growth with Equity: Inclusive Development” was relevant to Malaysia as it strives towards a high-income and advanced nation by 2020 where equitable and inclusive development was at the heart of its own development agenda.

In a simple direct language, DAP should stop behaving like an "orang putih" stooge to simply follow every threat the "orang putih" could apply to get their way with everyone.

For a long time till Tun Abdullah's foolish policy with Myanmar, Malaysia have always wanted to separate or at least minimise interference in domestic affairs and politics to work positively for mutual betterment.

Since DAP have next to nil understanding in foreign relation and only emulate Singapore, plainly said, threat does not achieve anything in the short term as the case in point for Myanmar.

By selectively shunning a country, it only extend the problem and keep them out of the community of nations.

They become less dependent on other countries and shunning them only makes it more difficult to influence decision makers. It only prolong the problem of the people and impoverish the country. Consequently, the "orang putih" become trigger happy for their selfish reason for economic opportunities in the targeted country than human rights concern.

DAP will stay quiet in guilt long before the human carnage begins and their whispered answers carnage will only reflect the typically selfish Chinamen businessmen attitude one should be accustomed to hear them argue loudly and oftenly.

Malaysia should only mind our own business and not interfere in the big boys affair, they usually say. What happen to DAP's human rights struggle?


The fact is DAP is putting a sympathetic front to merely stir racial sentiment among the Indians. In Sarawak, DAP is stirring up Christian sentiment to make political gain in the inland.

With the MIC election in the corner, our Indian friends seem to be jittery and overly irrational on issues affecting Indian and Hindu like temple. Fresh from the mistake in the canteen in the not used toilet debacle, even nice guy Kamalanthan fell into a DAP trap set on a PAS Guru Besar on the Aidil Adha korban in school debacle.

Yesterday, drama king Surendran was suspended from Parliament for his antics. Soon many will forget that this lawyer-defender of organised criminals chicken out from signing an indemnity to release police of responsiblities from untowards incident in a raid.

It is only natural for our Tamil countrymen to have sentiment for their Tamil brothers and sisters in Sri Lanka. And there were cases of support for Tamil Tigers terrorist to have come from Malaysian Tamils. 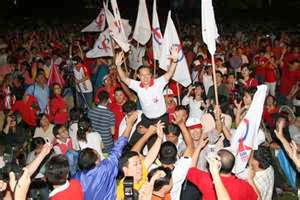 DAP could be exploiting this but in the end, what happens to Indians after DAP had gotten their political acquisition.

Remember Guan Eng's broken promise in Kg Buah Pala under pressure from Chinese hong's commercial interest. Both Malays and Indians are victim in Guan Eng's subtle attrition policy to move them out of Penang.


Malaysian Indians should be rationale in their demands. For a population of 7%, they could still have their Tamil vernacular school despite it not being socially and economically viable. Anifah could be tempted to demand vernacular schools in Pribumi languages of Sabah and Sarawak of KDM, Bajau, Iban etc.

DAP's concern for Sri Lanka Tamil is not sincere. After getting Indian support, will Guan Eng and DAP have the patience and presence to be there for them?

I fully agree with the author about DAP's insincere concern for Sri Lankan Tamils.
Just look at Kg. Buah Pala to see if they are really sincere.
What about those 753 DAP's Indian delegates being denied attendance to CEC Election?
When their own Indian members complain to the ROS, they blamed UMNO and accused the ROS as stooge.
No doubt, DAP is a racist Party.

1. DAP is talking about human right ? Really ? Neh.... This party could not even resolved its CEC - denying the rights of party members especially indians, by palying game of non-ethical manipulations and lies. If we are to track back their records, its all about chinese, chinese, chinese an chinese chauvinism / jingoism and root-deep planted racisms. Nothing for the good of Malays and Malaysia. Yes ! selfish self interest.

2. LGE doesnt even bother about CHOGM. What he cares for is indeed the drama king Surendram and co. This is a good asset, temporarily, to achieve the DAP's agendas and objectives in the near future. We may look into S'pore history though.

3. The Mogul of DAP, has a heart that is set on political power. Indians are part of the game.

Guan Eng should protest in front of spore embassy for attending chogm.

The Singaporean Trojan Horse DAP's spiritual leader the brilliant Lee Kuan Yew with his 11 failed Policies for Singapore and spiritual Homeland Singapore did not boycott the CHOGM in Colombo, Sri Lanka ! Why embarass Malaysia by requesting us to do the opposite !